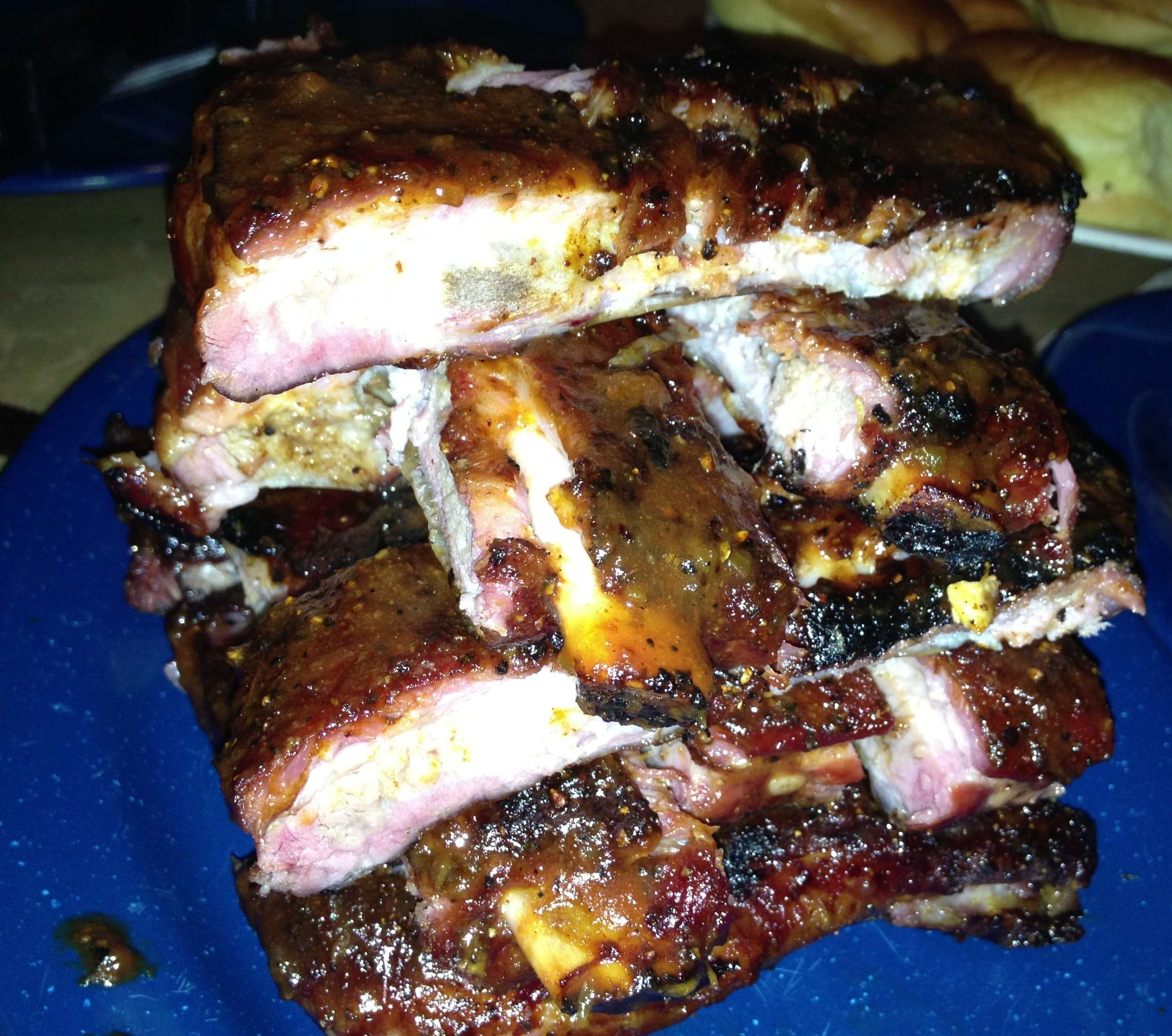 The infamous Dinosaur BBQ which is one of the oldest and first, notable BBQ spots in New York City opened a second location in Gowanus in Brooklyn. The same crowds that are drawn to the Harlem location are flocking here, and the place is happenin’. You’ve never seen so much food on tables for just three people except at Carnegie Deli. There is no “one” type of person that shows up here except one that is ready to eat. 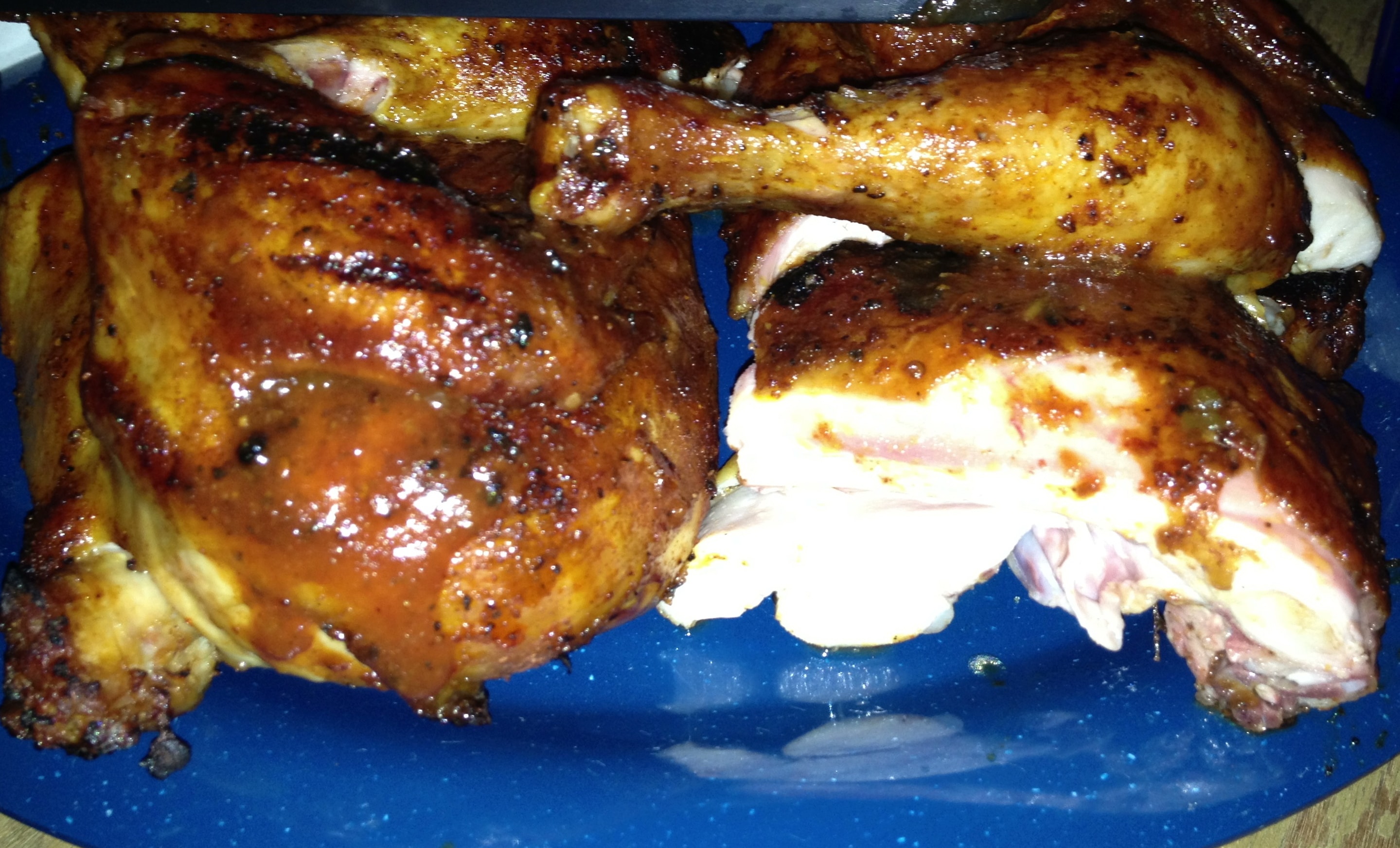 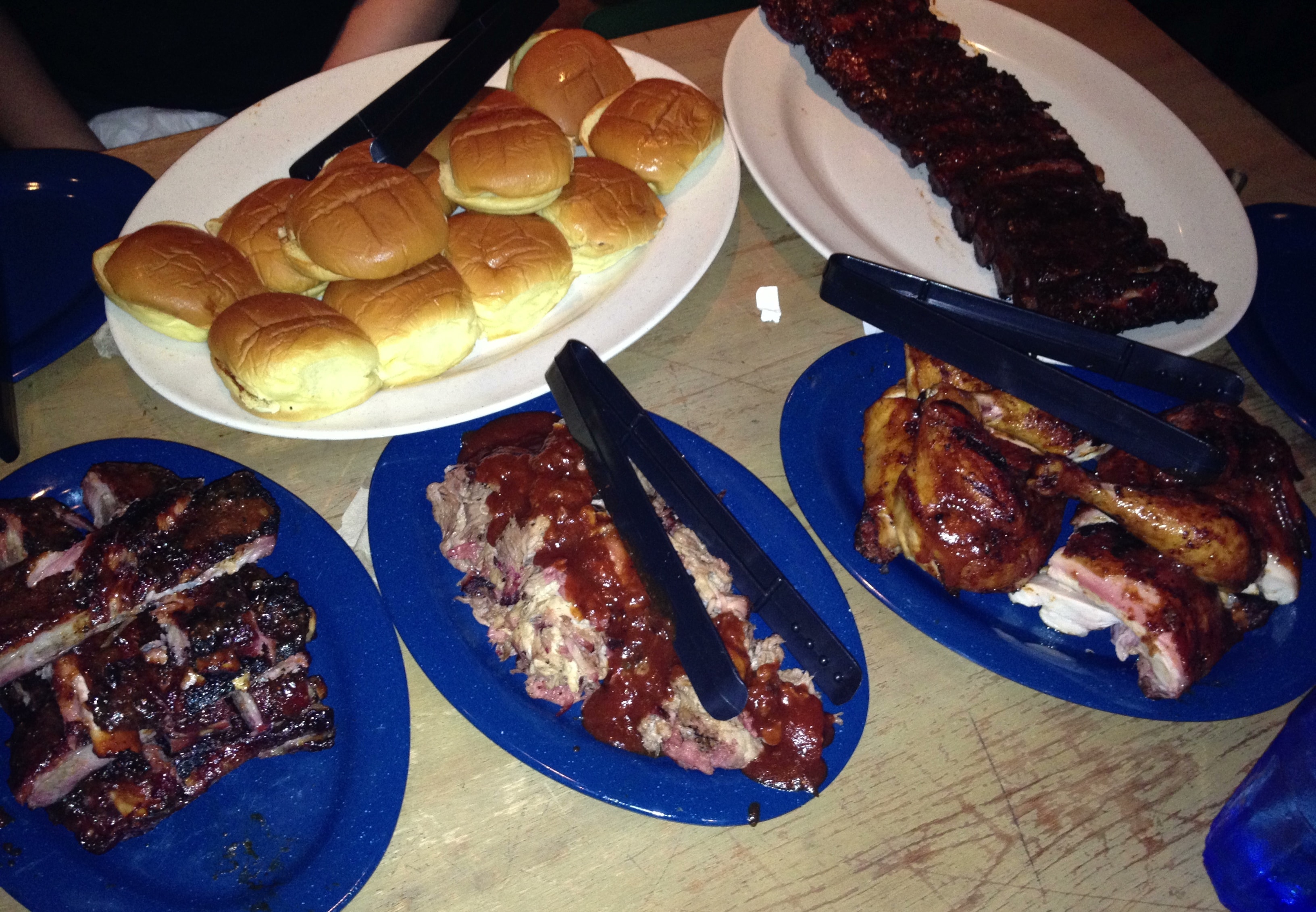 You feel like you have stepped out of New York City upon arrival due to the massive space, cheesy yet cute decor and a very casual atmosphere that moves at a simple pace. The best part is the BBQ smell that greets you right when you turn down Union St. It’s impeccable and so amazing that it’s so hard to be patient when waiting for your own food to hit the table. Dinosaur BBQ is probably the best place I have ever found for a cheap, yet delicious meal when you have a group of 10 or more. I am still baffled by the pennies we paid for our dinner when some people spend even more money on their lunches and daily Starbuck’s runs! We had a party of 10 and had an adorable center table in the back room with quite a unique ceiling piece made up of bottles that were spinning above us like a fan. 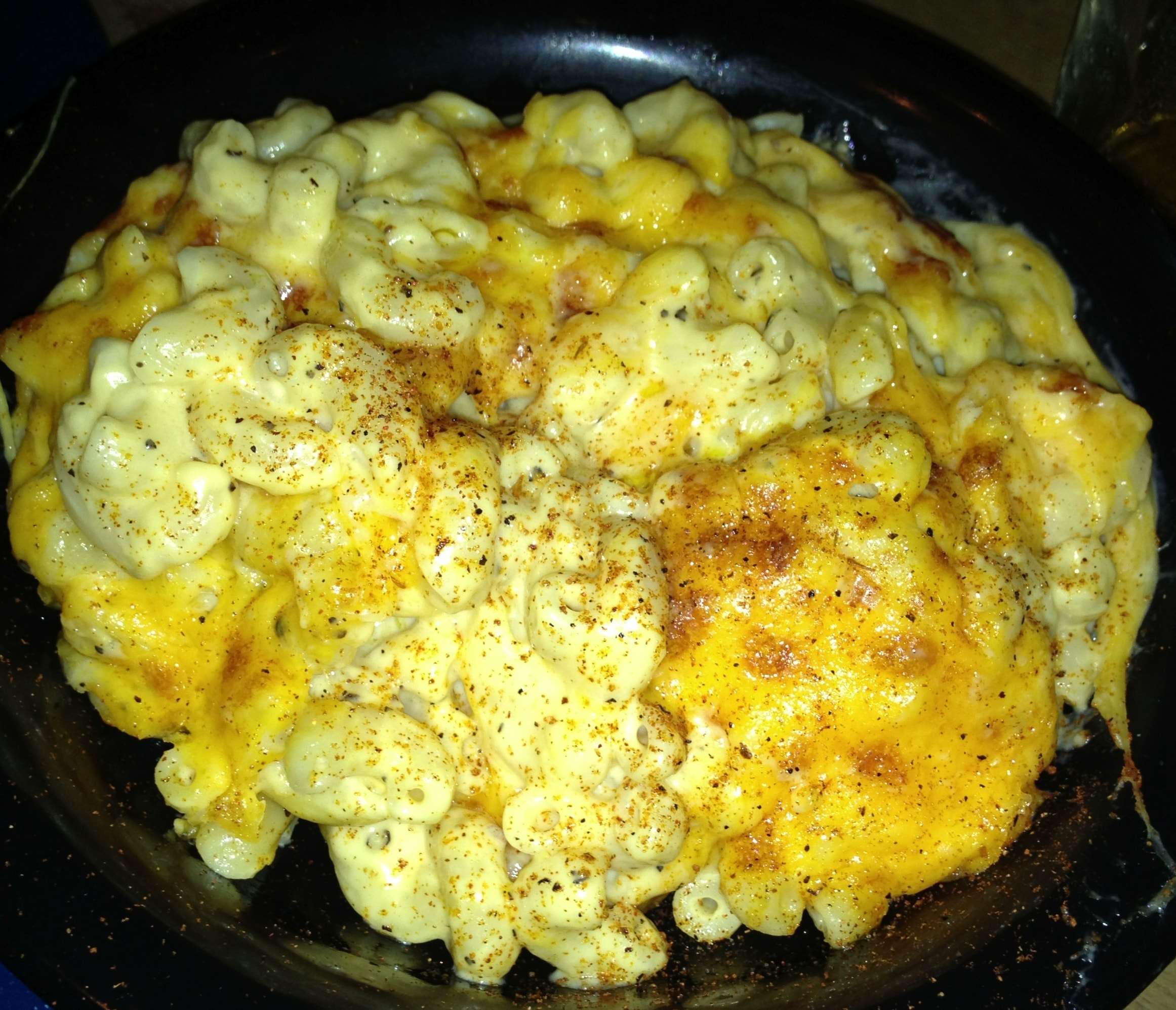 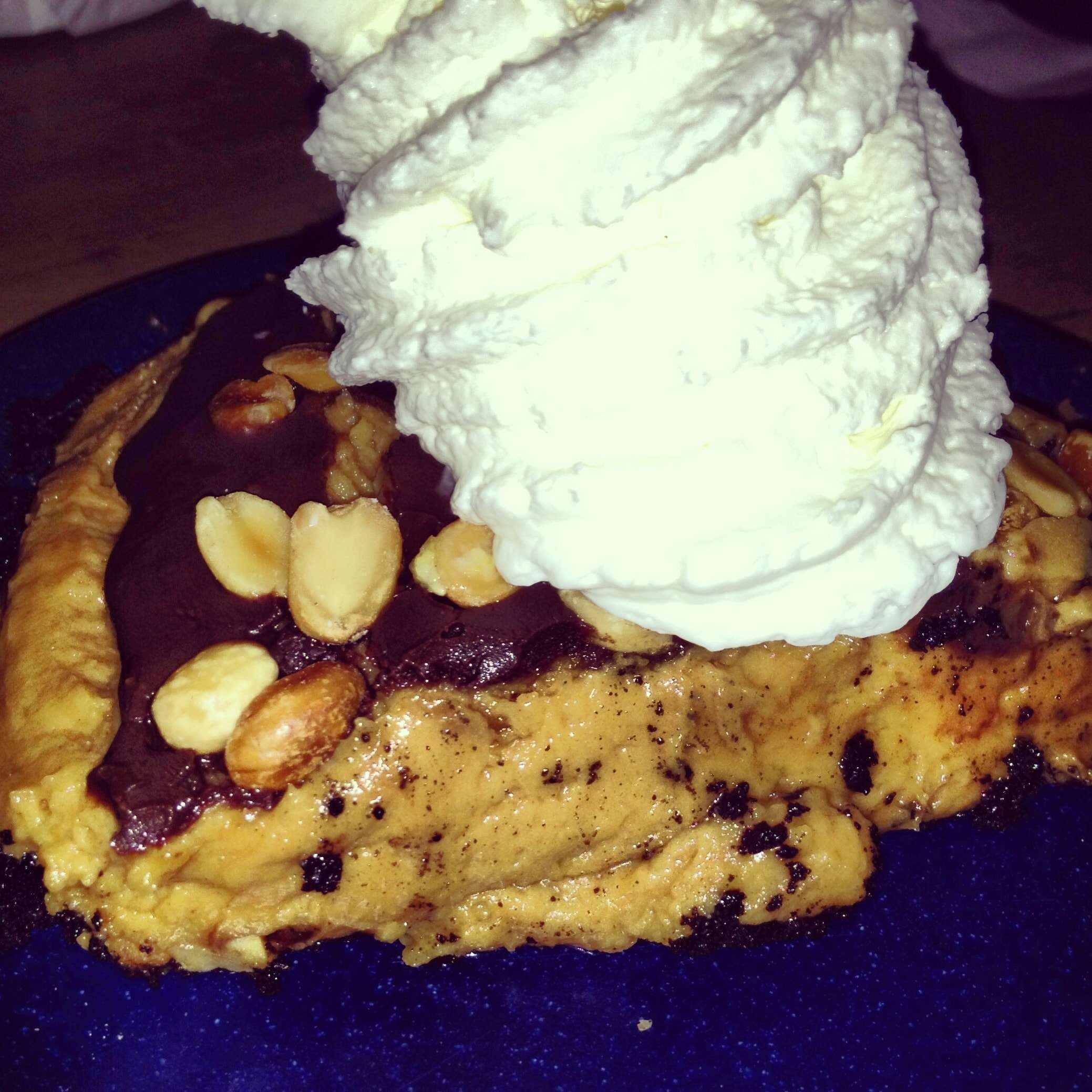 Peanut Butter Pie
For 10 people we ordered the Family Style package which includes: 6 pieces of Chicken, 1 rack of Pork Ribs, 1 pound of Brisket, choice of 3 sides and Cornbread for $70. Since that calls to feed 4 -6 people we also added an extra side of Mac ‘n Cheese, 1 pound of pulled pork, another order of Ribs, Portuguese Rolls (to make pulled pork sliders), and pitchers of beer. We walked away paying $27 each (including tip). I’ve never felt like I’ve robbed a place more. When can you go out in New York City get this much food with leftovers and a few drinks each under $30? I just don’t know…

The highlight of the night was definitely the Pork Ribs. Served to us on a plate that looked like a game of Jenga these bones were meaty, sweet from the BBQ sauce and not too peppery. I loved this the most and left my brisket out to dry. Which by the way no need to order brisket here unless you just want to douse it with BBQ sauce. Mighty Quinn, Hill Country and Brisket Town own this department and are much juicier, flavorful and have bark that makes you scream it’s so good. The Chicken is perfect and competes with any other BBQ chicken in the city as chicken should be. The sides are pretty legit, too. The cornbread rocks it, and I wish I could’ve had two more of these rolls. The Mac ‘n Cheese is pretty standard and the extra layer of cheddar cheese melted on top is a major bonus. The Turkey Collard Greens are interesting and good when you need to add something green to your menu. I know you will all be stuffed and out of commission for dessert and the fact that they don’t have cobbler is a bummer, but please, please do NOT miss the Peanut Butter Pie. It’s basically a spoonful of Skippy Peanut Butter plus a whole lot of butter and sugar topped with a layer of melted chocolate and peanuts that add a crunch plus an oreo bottom crust layer. It’s the best and you’ll love it. Hey this place is all about the protein right?

Dinosaur BBQ is a place to go where you can see some people CHOW-ING down. Wow people do get after it here, but it’s also a nice easy place to get a group together for a flawless and affordable dinner that is certainly memorable. Proud to say the BBQ in NYC is really killing it. Save Dinosaur for your next big group dinner and you’ll walk out with a smile, a non damaged wallet and a happy tummy. 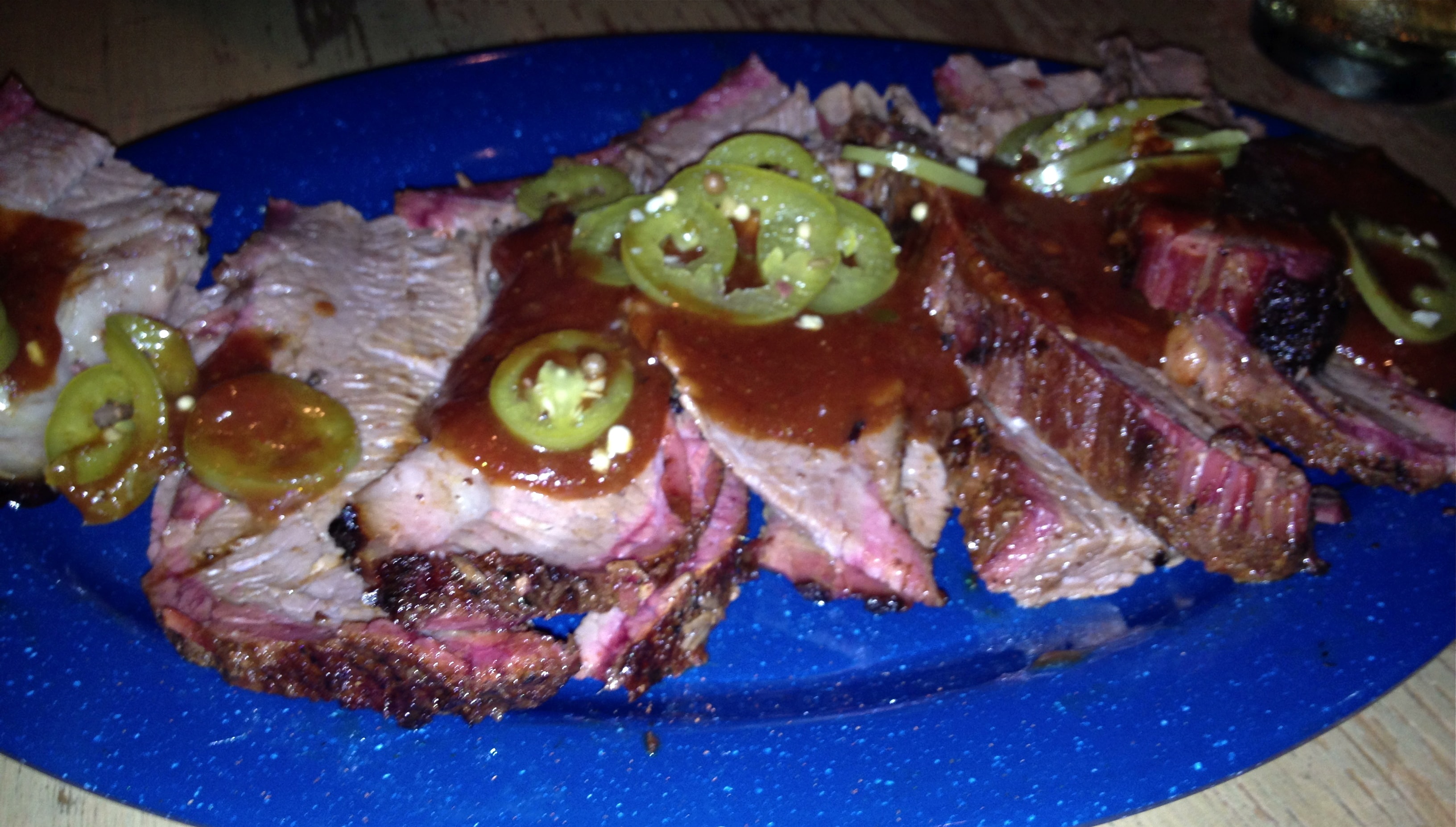 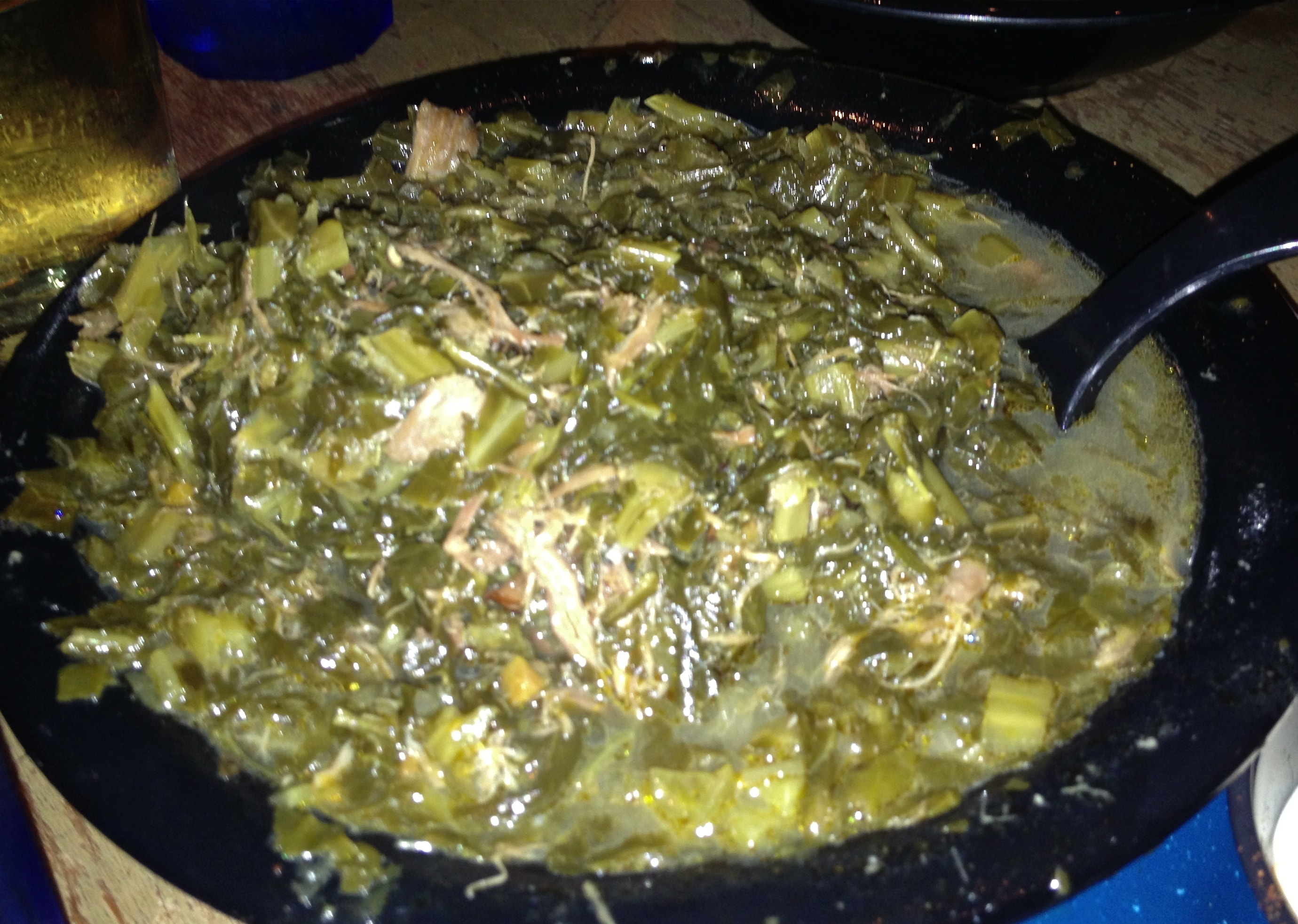 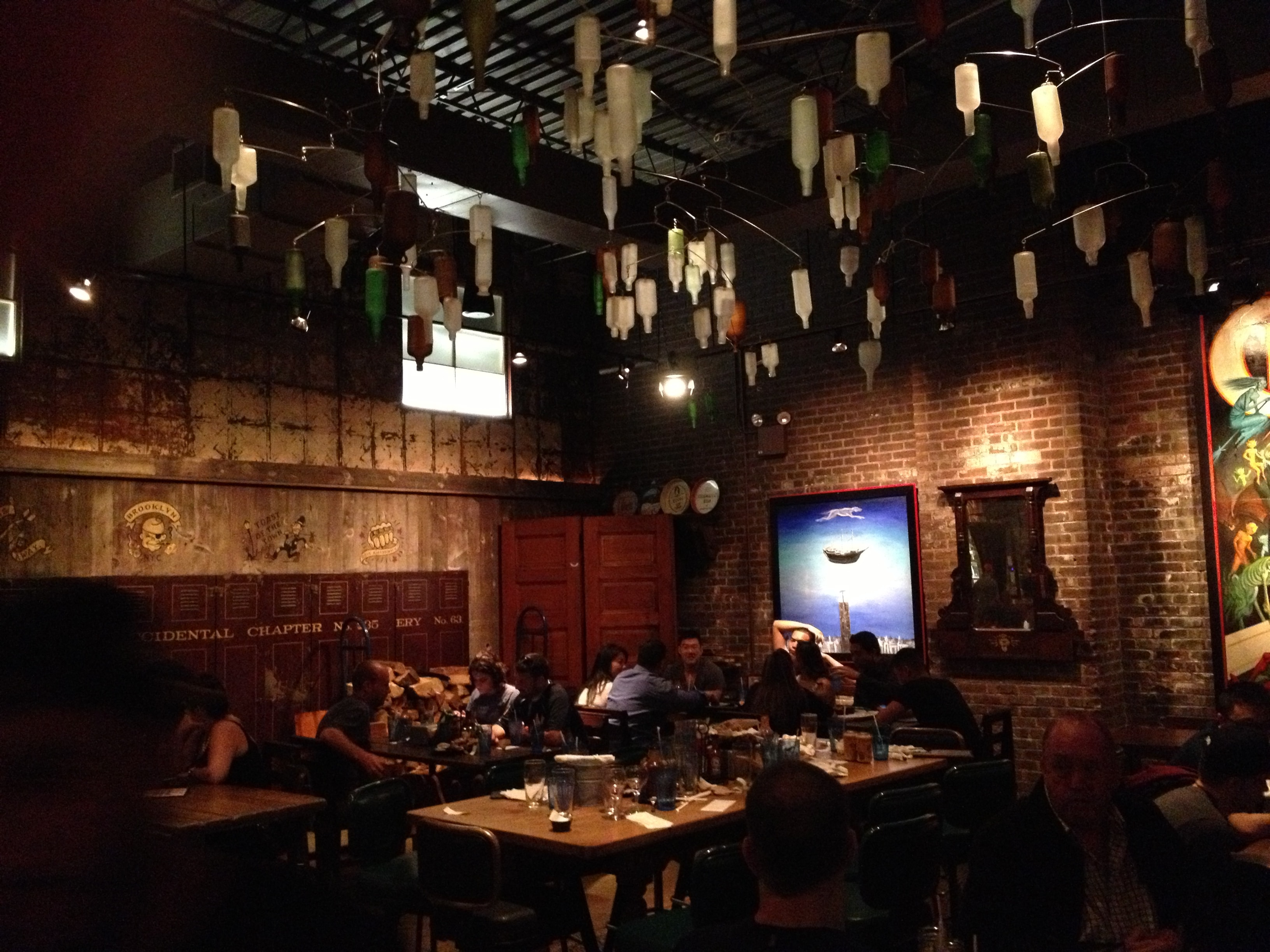