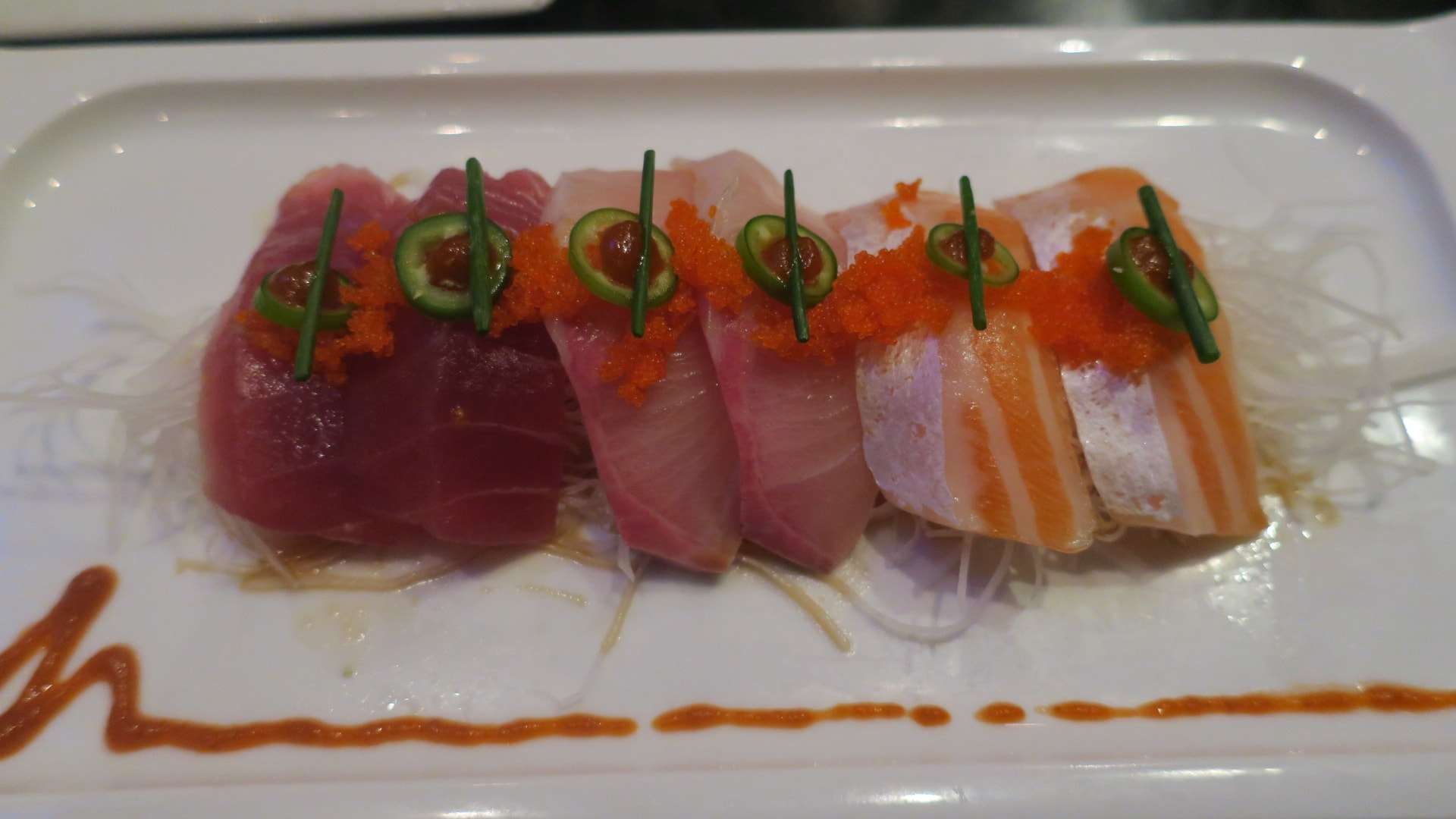 Tacos is to Austin as Sushi is to New York for me. No matter where you go the tacos are under $3 for the most part and you can find a taco truck on almost every corner, bar, or middle of nowhere neighborhood. In New York City, you can find affordable sushi and delivery on every single street; heck, half of my friends had no idea where their sushi Seamless orders were even coming from in real life. I ate sushi almost 3 times a week whether I picked it up near my office in Chelsea (Blue Ginger or Momoya) or grabbed some in the East Village (Kotobuki) on my walk home. Without a doubt, you can find good sushi that won’t be $100 per person and is always, always fresh! If there is any problem I have with Austin, it’s that I can’t find any good sushi/sashimi combo dinner platters that melt in my mouth…until NOW! Cue in love letter to Tomodachi now. 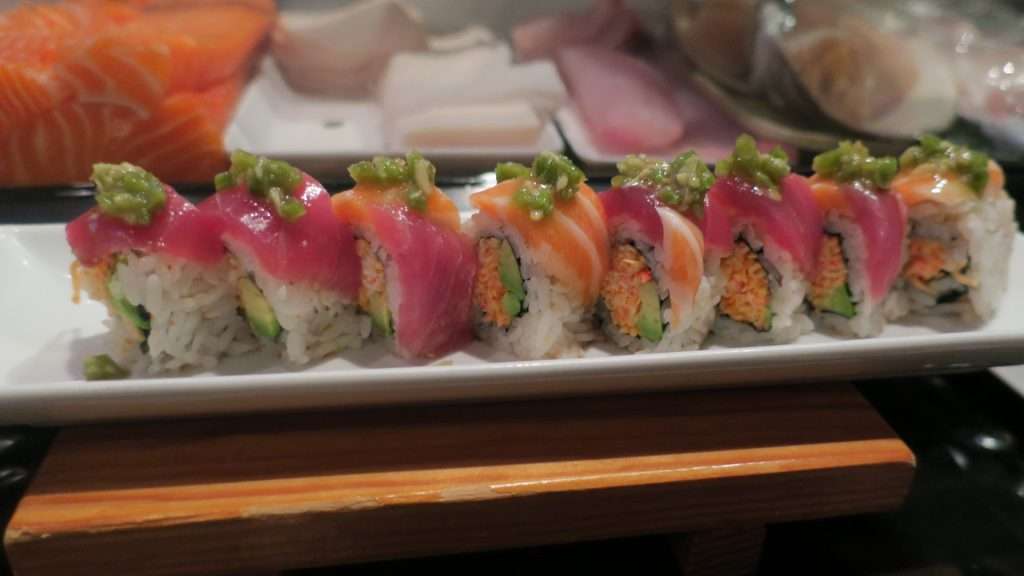 So I got word that a little family place up north (not even sure which neighborhood we were in) called Tomodachi was just what I was looking for. Fresh fish flown in daily, Sushi Dinners and Sashimi Dinners under $30, an array of traditional and creative rolls, and specials that were available that day. We made the 20 minute drive from downtown (get over it), got confused by the sign that just says Tomo on the outside (fun fact: the owner dropped the 5 extra letters to save money 12 years ago when he opened), and plopped ourselves right at the sushi counter where all the fun began. The menu is quite comical yet very authentic. Everyone in this joint is a regular you can tell because they won’t ask as many questions as you about what each roll means.

Chef Steve Riad worked in NYC and at Nobu Las Vegas before he and his wife took a chance on Austin because it was far enough away from gambling destinations. All of the fish is flown in fresh from Japan or Honolulu and you’ll see a board of fish from that day right up at the bar. If you like uni this is the place to be as well as live scallop. My thirst for sashimi began with the Spicy Garlic Sashimi Cold Appetizer that included two pieces of Tuna, Salmon, and Yellowtail for $16.00. I can’t tell you my immediate relief as I watched the fish placed before me and really as I watched every roll hit the tables around me. I could see 10 feet away the tuna glistening and knew I struck gold before I even devoured anything. 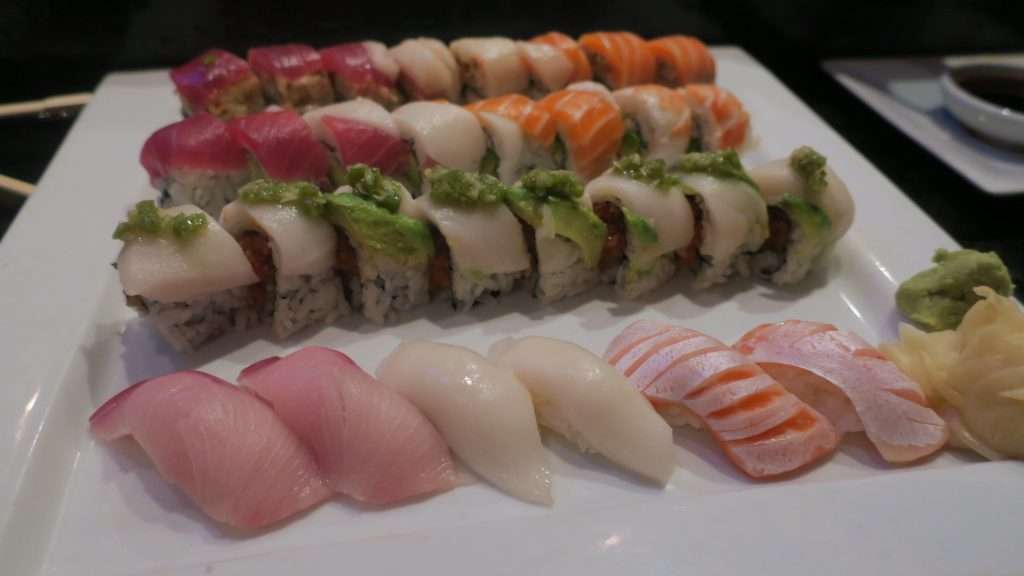 As much as I complained about not being able to find Sushi an Sashimi dinner combos in this town, I actually ordered two rolls because they looked so fatty and fresh on the tables next to me that I took a risk. There are two kinds of sushi eaters out there. One who orders everything battered/tempura-ed and chases down anything with the words dynamite or spider. Then there is the one that just wants heaps of fresh fish that has barely and gently been touched. I am the latter which is why I rarely get rolls. Although this night I saw something different.This might sound crazy but you have to remember I’ve been sushi deprived for the last year, but the Miller Roll might be the best roll I’ve ever had anywhere. It’s Salmon and Tuna on top of fresh crab and avocado topped with fresh wasabi. I also loved the Sonya which offers Escolar draped over Spicy Tuna with avocado and fresh wasabi? By the way have you ever had fresh wasabi? You sure don’t see this often. At this point, I’m basically in Japan swimming under the sea.

What makes this seafood stand out is how wet and fatty the fish is. That is how you want your toro to taste. These rolls are big enough so that you feel like you are actually eating sushi and not just rice or spicy mayo covering up three day old tuna, but reasonably sized enough that you can fit it in your mouth and enjoy it. I got two specialty rolls made with eight pieces each and a sashimi platter to start which totaled to around a $50 exit including tip and tax. Tomodachi means friend, and boy is this the best friend I made this month! 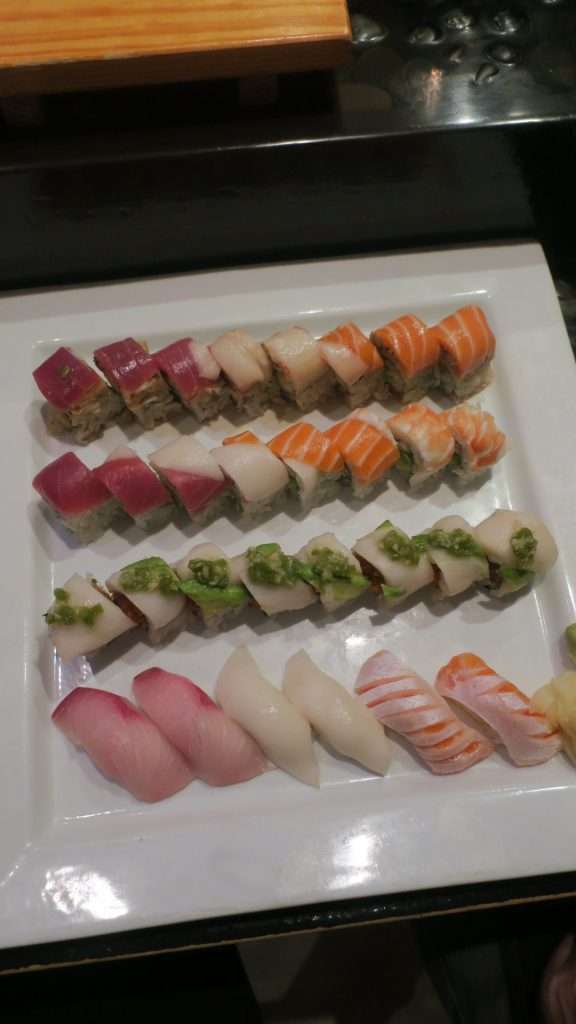