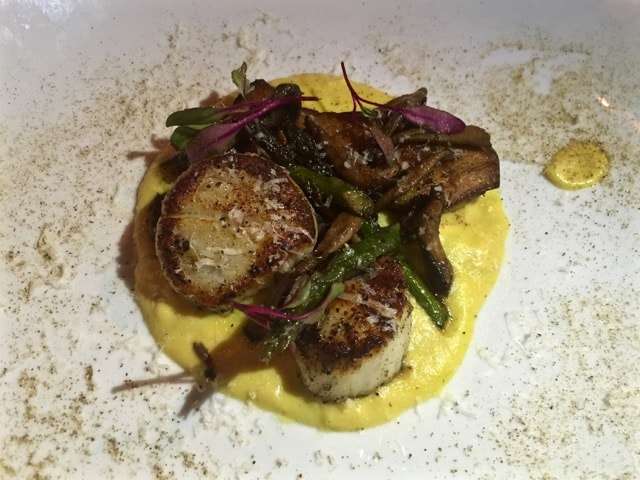 A new Mediterranean restaurant opened in the East Village named after the Timna Valley in Israel, and it’s serving up that fresh cuisine that you really only find in that fertile country. It’s not that common you find an Israeli restaurant around here and the best one I’ve ever been to that I regularly dream about due to the green, fresh produce and creative vegetable dishes is Zahav in Philly. Hallelujah, that the city has similar flavors and ideas when you are craving cauliflower creations and hummus concoctions that don’t taste like they are from the Sabra jar. They even import their Tahini from the Palestinian city of Nablus. You’ll see flower pots full of fluffy, butter bread that almost looks like a wrapped up croissant. It’s called Yemenite Kubaneh bread and served with crushed heirloom tomatoes. Suck it up and pay for the bread. 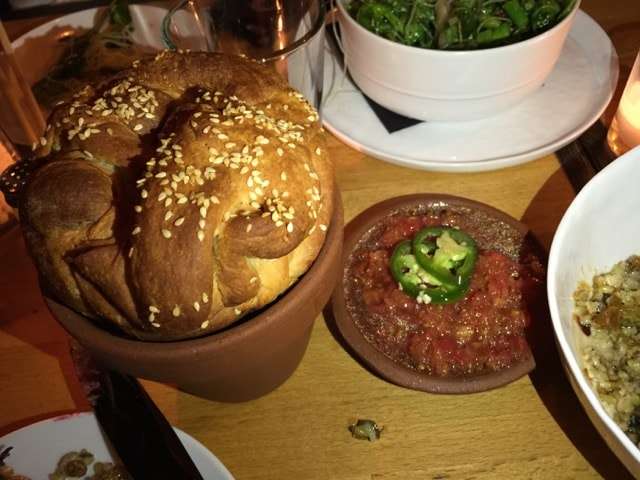 Despite the fact that the kitchen is unbearably slow through the entire service, the greens and appetizers were my favorite dishes of the night. Chinatown Summer is one of the best salads I’ve ever had. It’s clean, it’s a tad sweet and the mint gives it an awesome garden taste. The rocket leaf salad comes with glass noodles, fresh herbs and a ginger-cilantro pesto that seals the deal. It’s filing, healthful and dominates. I also loved the Freekeh, which is a green wheat popular among Arab cuisine and in Africa. As someone whose not a huge fan of saucy things, I would 100% drink the sauce and dip anything I could get my hands on in the bottom of this plate. The raw tahini is unlike any I’ve ever had and mixed with sugar from the date molasses is no surprise why. The root vegetables atop are carrots, beets and fennel and all together this freekeh salad is quite the summer gem. 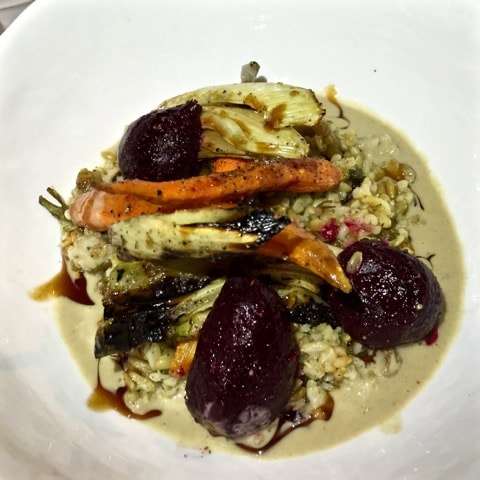 Freekeh
The Cauliflower dish is made with labane and curried tahini which is just a little too curry enriched for me, but the vegetable itself was prepped nicely. As for seafood options, the scallops are to die for. Perfectly tender as a scallop should be. You know when a scallop is cooked right it’s just perfect and you can’t beat it. The polenta blanket below it with the king oyster and chanterelle mushrooms add just the right touch. While the octopus looked like it was going to be the end all be all of octopi, I thought the scallops were tastier. The Mediterranean Sashimi sounds like a fun treat composed of tuna, quinoa tabouli, crunchy tapioca, tzatziki and something I’ll have to try next time.

The space is a little below the main street, dark yet light enough and super casual. Stay and enjoy yourself. 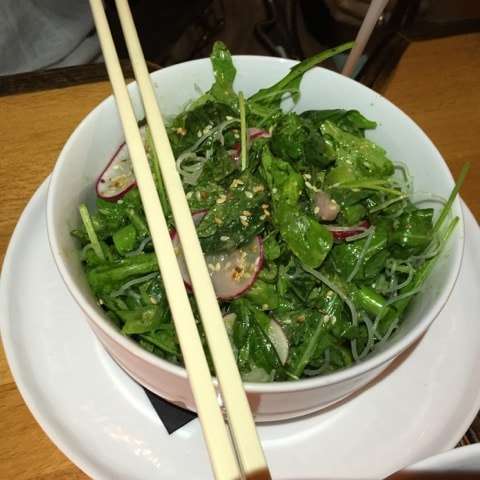