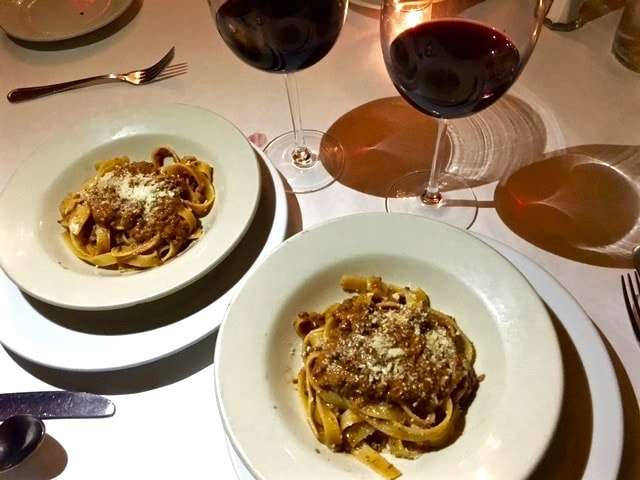 I read an article in The New York Times in 2011 about this celebrity populated old-school, red sauce restaurant called Emilio’s Ballato that stars like Rihanna and Lenny Kravitz always loved. I then saw Mary Kate Olsen posted up outside here just a few months later. One year later, I actually moved across the street. Sadly, it took me a total of three years to actually go inside and try it. A website doesn’t exist, and the facade is pretty easy to pass as the windows are fogged up a big and all you really can see is the black awning with the restaurant’s name. We walked in on a Wednesday around 8:15 p.m. and there was one table open in the front room, yet we got a tip from a friend to request the back room. We then walked through the kitchen and into the wider room in the back where everyone immediately looked up at us as if to see which celebrities we were- sorry for the disappointment. 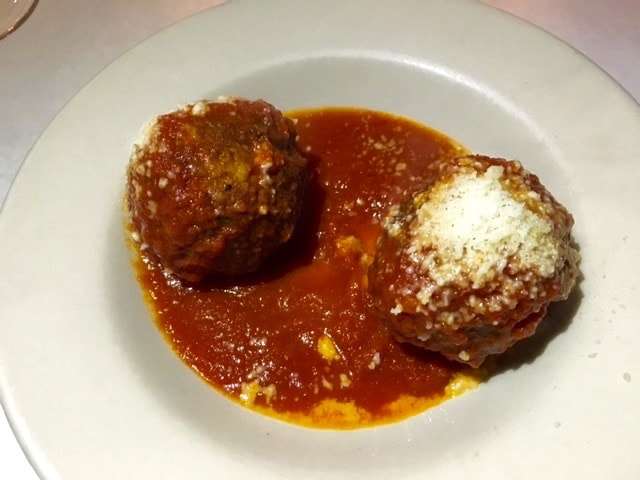 Meatballs
The room feels a bit old but really just gives off the authentic Italian restaurant vibe and not a trendy atmosphere. It’s low key and classic, and the service is everything you’d expect. Our waiter had an accent (obviously) and wooed us instantly. Especially after we ordered, and he nonchalantly suggested we tack on a couple meatballs to start since they weren’t specifically listed on the menu. We looked at each other as in should we really just throw in a pair of meatballs, and then it came down to WHY WOULDN’T WE? Good thing we said yes, because these balls were the real deal. The flavors of Italy were all on that plate and pretty dense. There was just enough red sauce, and it kicked our meal into high gear. These bad boys tasted like they’d been cooking and marinating for a minimum of three days. We also started with the Octopus special which was a nice size portion with two large pieces. The center is filled with arugula and tomatoes which adds an extra vegetable touch since we didn’t specifically order greens. The Pomodori Salad  includes tomato with fresh basil, oregano, garlic and extra virgin olive oil. It’s light, fresh, and healthy before the main course.

Oh, excuse me I forgot to mention the bread plate aka pizza plate. Yup, the thin slices of bread are topped with a squirt of tomato sauce and some melted cheese. The interesting thing about the menu is that there isn’t anything that pops out screaming “you must order me or you’ll have orders remorse.” Nothing seems to jump out it all just sounds typical and tasty. In the pasta section, you can choose between Rigatoni with Squash and Tomato Sauce, Linguine with Clams, Ravioli, and Spaghetti wit Tomatoes. Ragu is one thing I can never pass up so the Tagliatelle Alla Bolognese won our vote. Made with beef, pork and veal ragu, this $22 dish was legit, and the restaurant was kind enough to deliver in two separate bowls without us even asking. I love when restaurants split dishes up for your. It’s just such a relief and a feel good moment when you see them hit the table. Other main courses Emilo’s serve are a Fennel Sausage and Broccoli Rabe, Veal alla Milanese, Chicken or Veal Parm, Baked Shrimp and Garlic, and a Rack of Lamb with Rosemary. Most plates are around $22.00, the nice portion sizes won’t break your bank for two.

Emilio’s Ballato is fun because it feels under the radar even though probably one out of five of your friends has at least heard of it but not many of them go regularly. The regulars here are known and most of their famous faces are on the wall to keep you company. Wouldn’t be surprised if there was some mafia involvement here and if there was, it would make me like it that much better. Emilio himself is there every night either standing outside or sitting at a front table. His sons work the room as well. Don’t be scared, walk in and get yo’ self some red sauce! 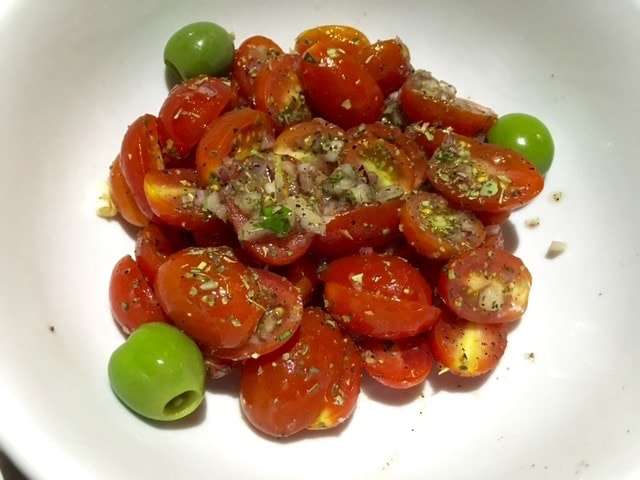