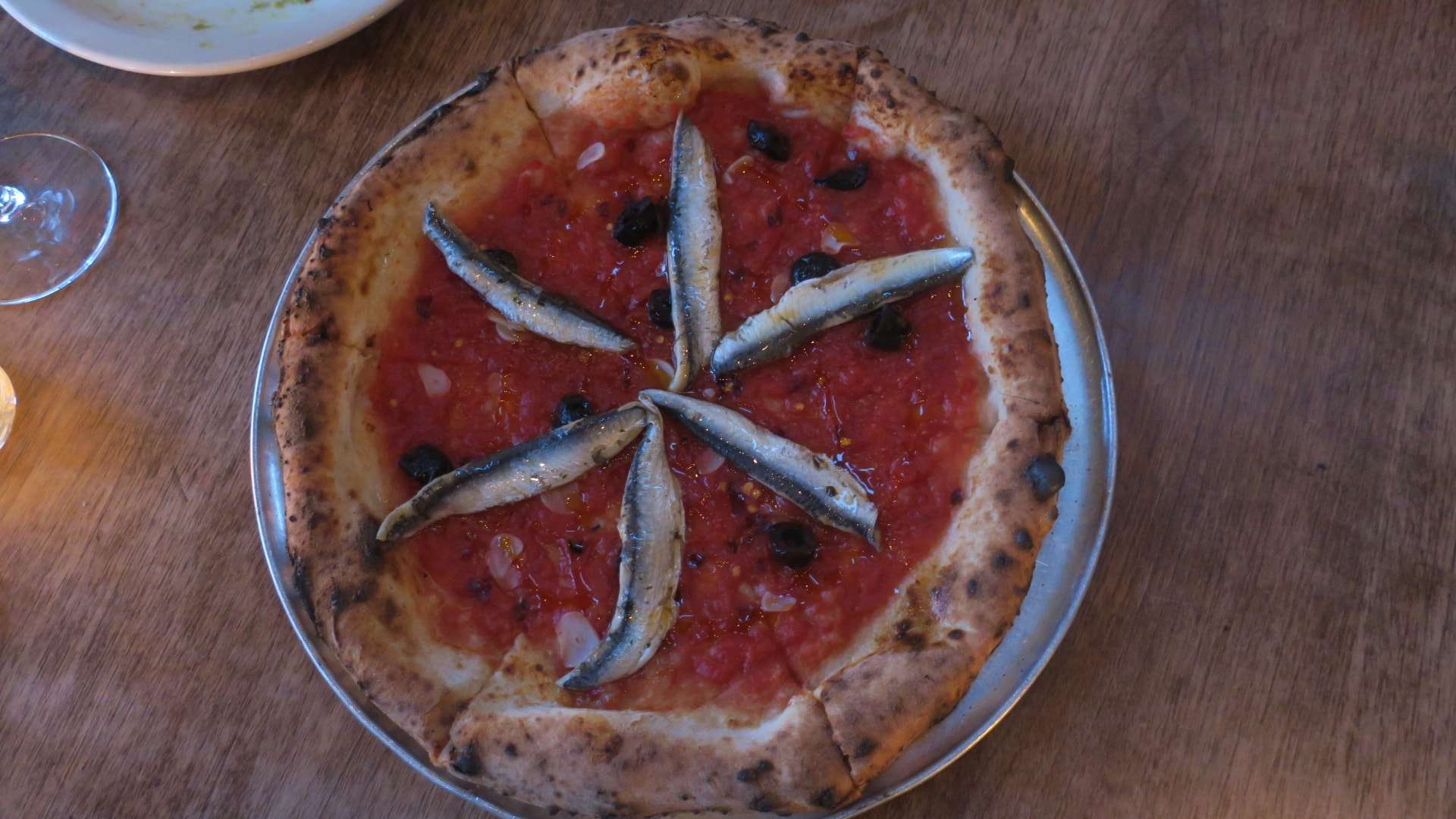 When you speak pizza language in Austin, you hear the constant buzzword: BUFALINA. Where is this place that is the holy grail of Neapolitan pies? There are two locations, one on the east side on Cesar Chavez and one north on Burnet Road. As soon as we walked in to the pretty raw and simple space, I was hit in the face with Brooklyn vibes and a gorgeous Stefano Ferrara wood-burning pizza oven. While you may hear a lot about this “pizza” place, the true fans know it’s just as much as a wine place. The incredible and extensive list is just printed on plain white computer paper as if to say NBD, however, ever bottle we tried (went with an Advanced Sommelier) was incredible from the Chardonnay’s to the Cabernet Sauvignon, you are in for a ride. To be honest, I actually liked the wine better than the pizza! 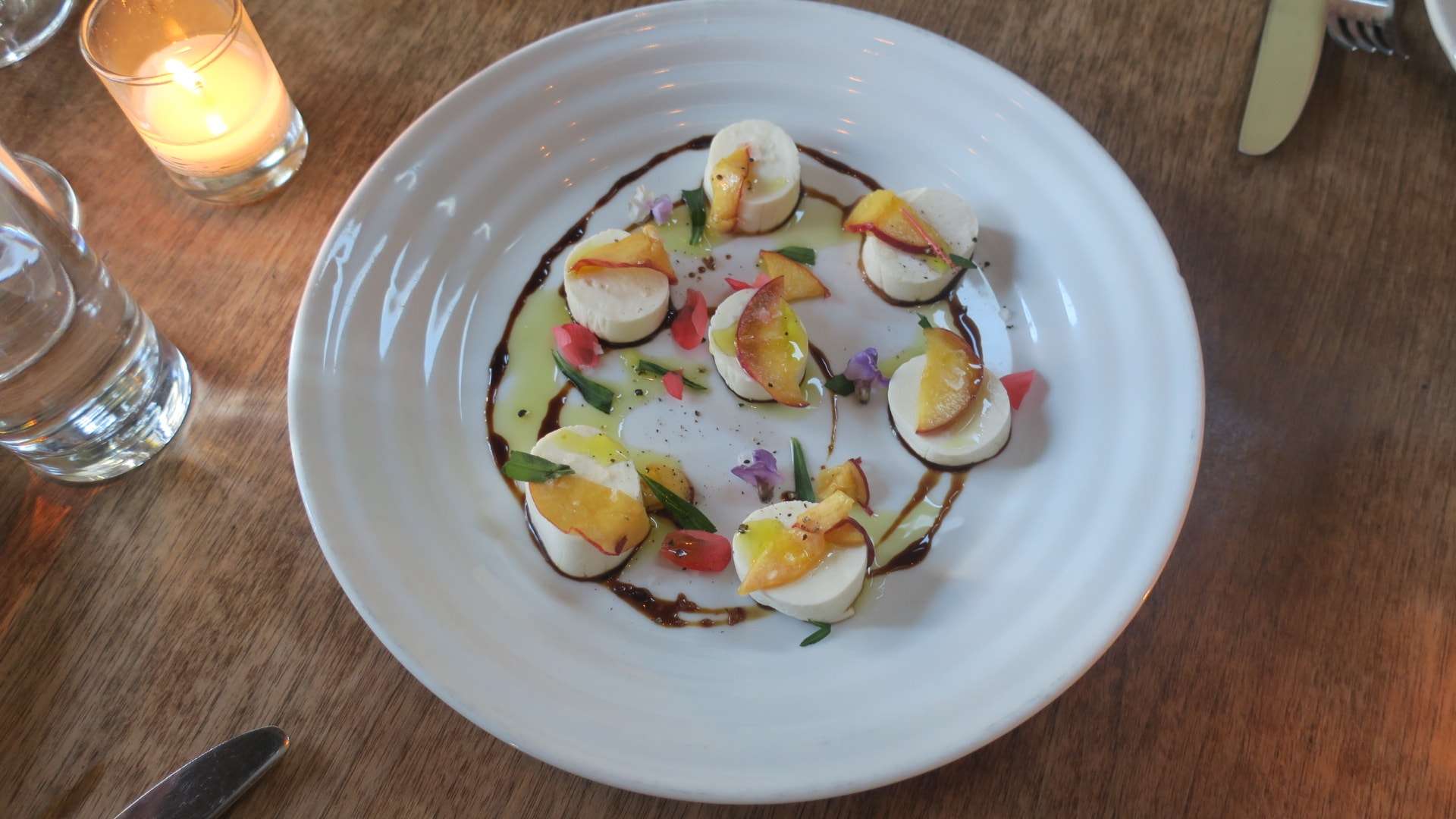 I like my pizza a little crips on the outside and the style here is very soft to where with each bite, the toppings slide right off. Now, I know this is traditional of Neapolitan but I am still a huge fan of Pieous. That being said, the basic atmosphere with outrageously delicious wines and appetizers and stand up service which can be hard to find in Austin which Bufalina creates, is the reason I will continue to go back.  Start with the Cheese Plate which is silly good. The day we went ours was filled with Tomme Crayeuse, 1655 Gruyere, Ewe Calf to Be Kidding Me Blue, Marcona Almonds, House Jam, and House Pickles. Marcona Almonds ALWAYS get me. They make for a killer cheese plate especially with jam. This is the perfect way to get your night going and whet your pallet for that Za. We also had (don’t judge) the Ricotta Gnocchi with Nopales Pesto (cactus), Roasted Corn, Parm, and Pea Shoots. It’s doughy, pillowy, and with the crisp summer ingredients, it really helps to beat the heat. Make sure you come here with a group of at least four so you can try an array of appetizers while also ordering a couple pies. 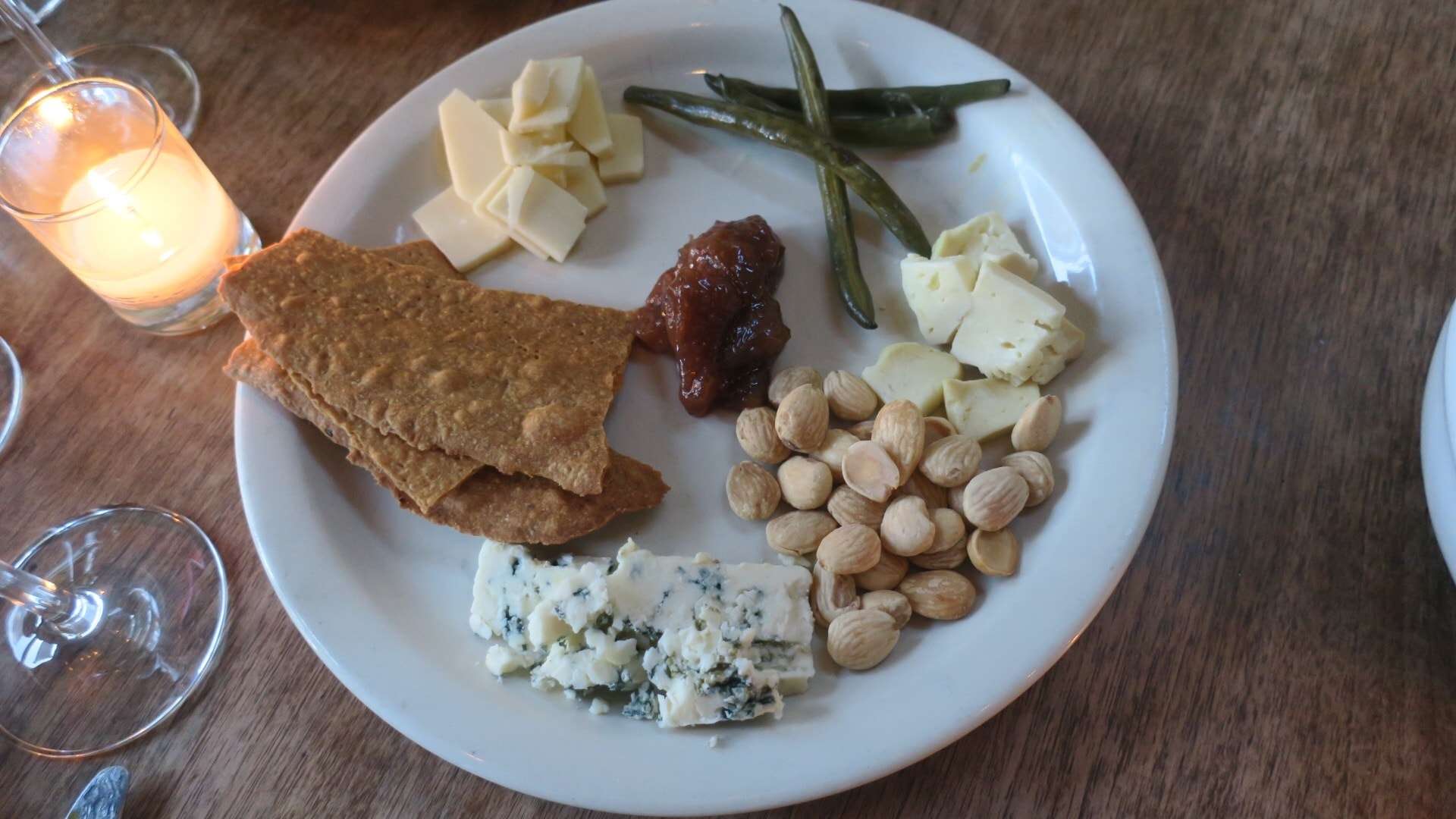 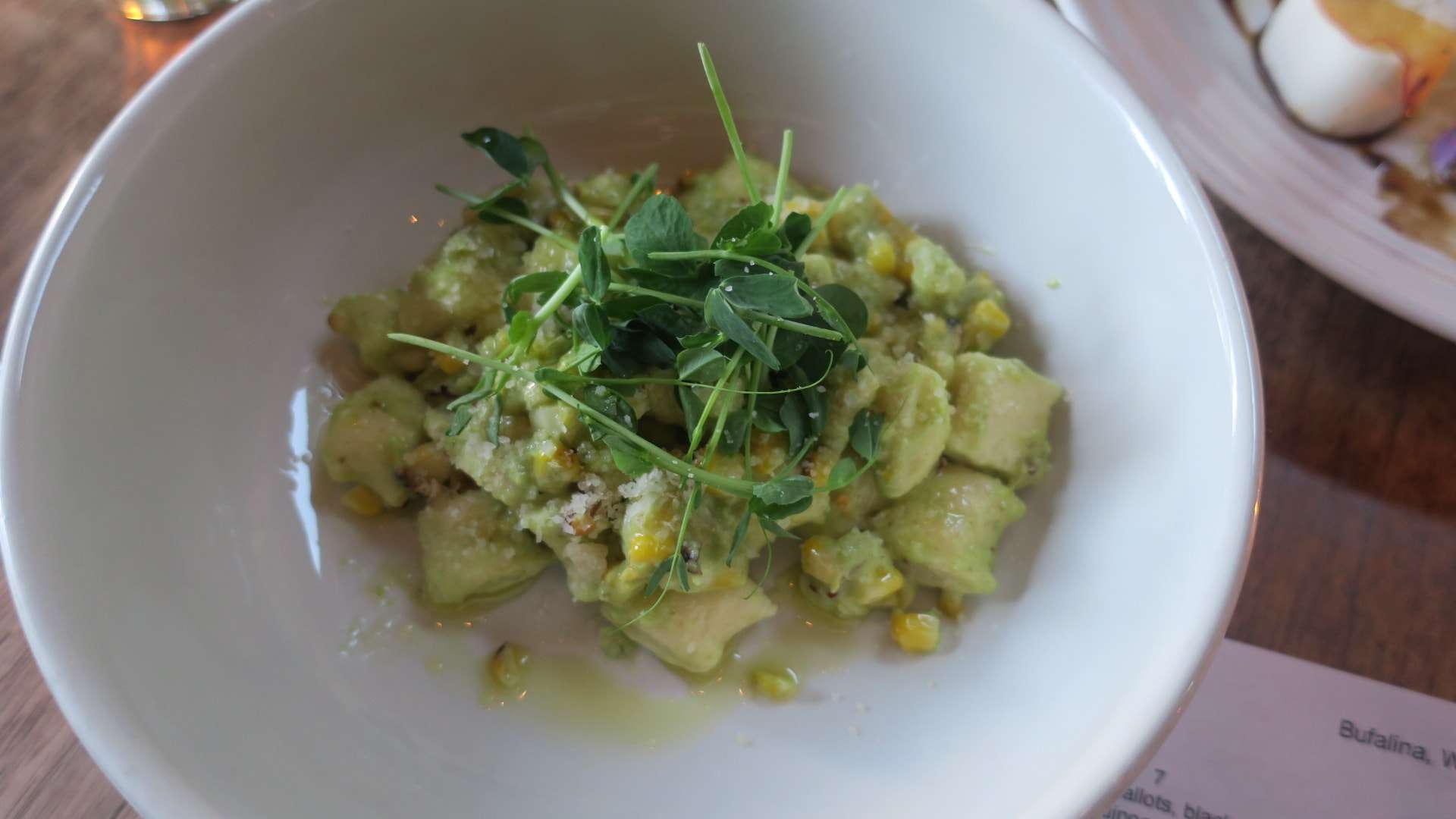 The pizzas are light and easy to eat. We had three, which seemed pretty extreme after our cheesy appetizers, but we managed to join the clean plate club after so like the kids say, YOLO. My favorite was the Calabrese with Tomato, Mozzarella, Salami, Serrano, Garlic, and Basil. The meat gives it some added spice and lifts it to the next level from the general Margherita pizza. I really wish we got the Harissa one with Zucchini, Red Onion, Pistachio, Herbs, and Cherry Tomatoes, but I swung and missed when I wanted to be adventurous and try the Anchovy instead. Not because anchovy’s are “bad’ but because they have so many different kind of pies and we kind of ordered very similar red sauced with traditional ingredients. The Roasted Mushroom with Caramelized Onion, Comté, Mozzarella and Thyme is another example. That being said, I just also like a doughier and crunchier crust that doesn’t fall limp, so my tastebuds just didn’t agree, which is fine. I still like the vibe, apps, and WINE. 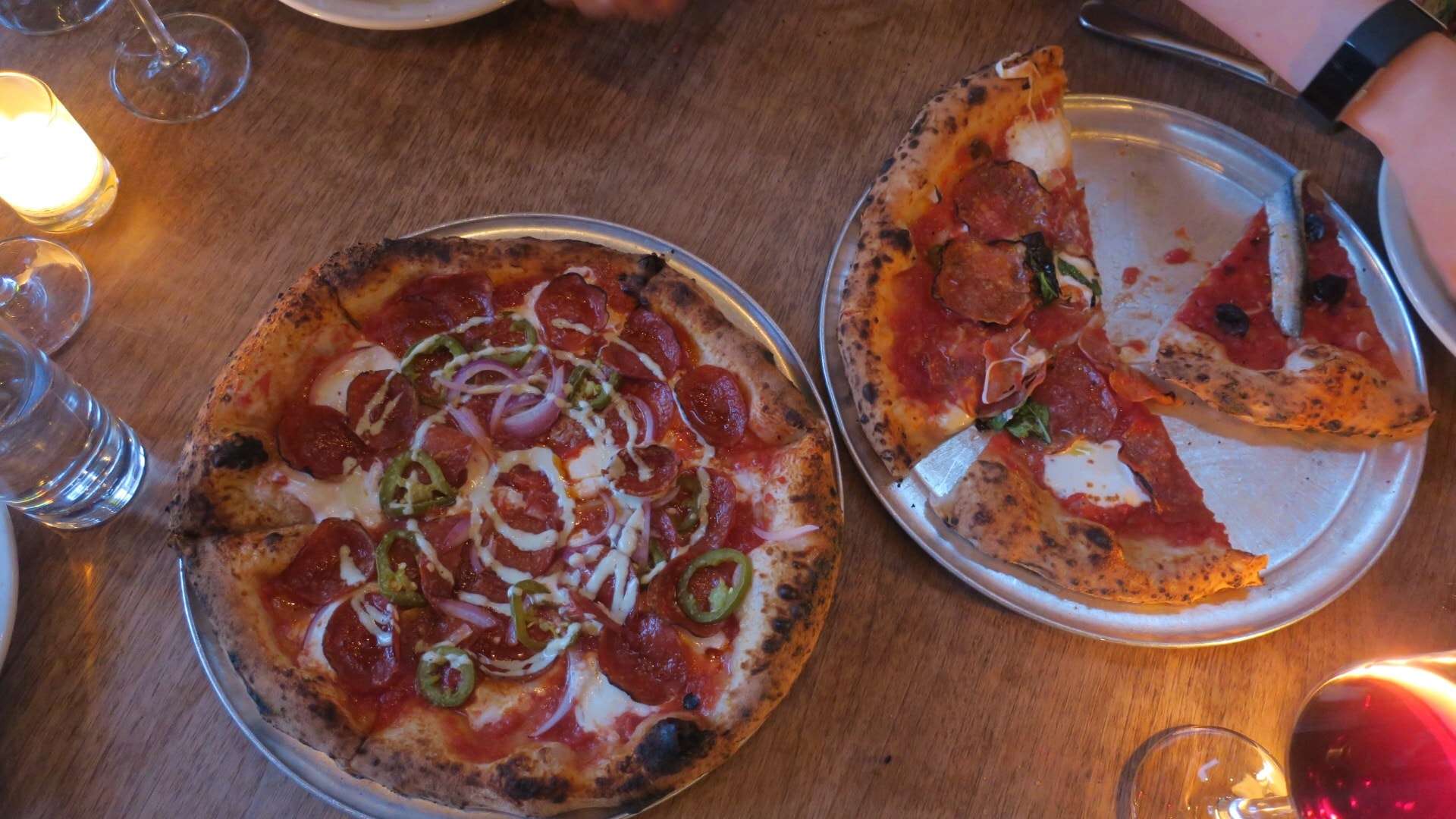 What really left me pleasantly plump and smiling was the Vanilla Ice Cream and Sherry. I was so impressed with this ice cream, I figured it had to be from some local joint that I hadn’t tried yet. WRONG- they make it in house. That sherry is just the “cherry” on top too. Bufalina is a good, casual date spot and a fun place to go with a group who has a strong interest in the hospitality industry.