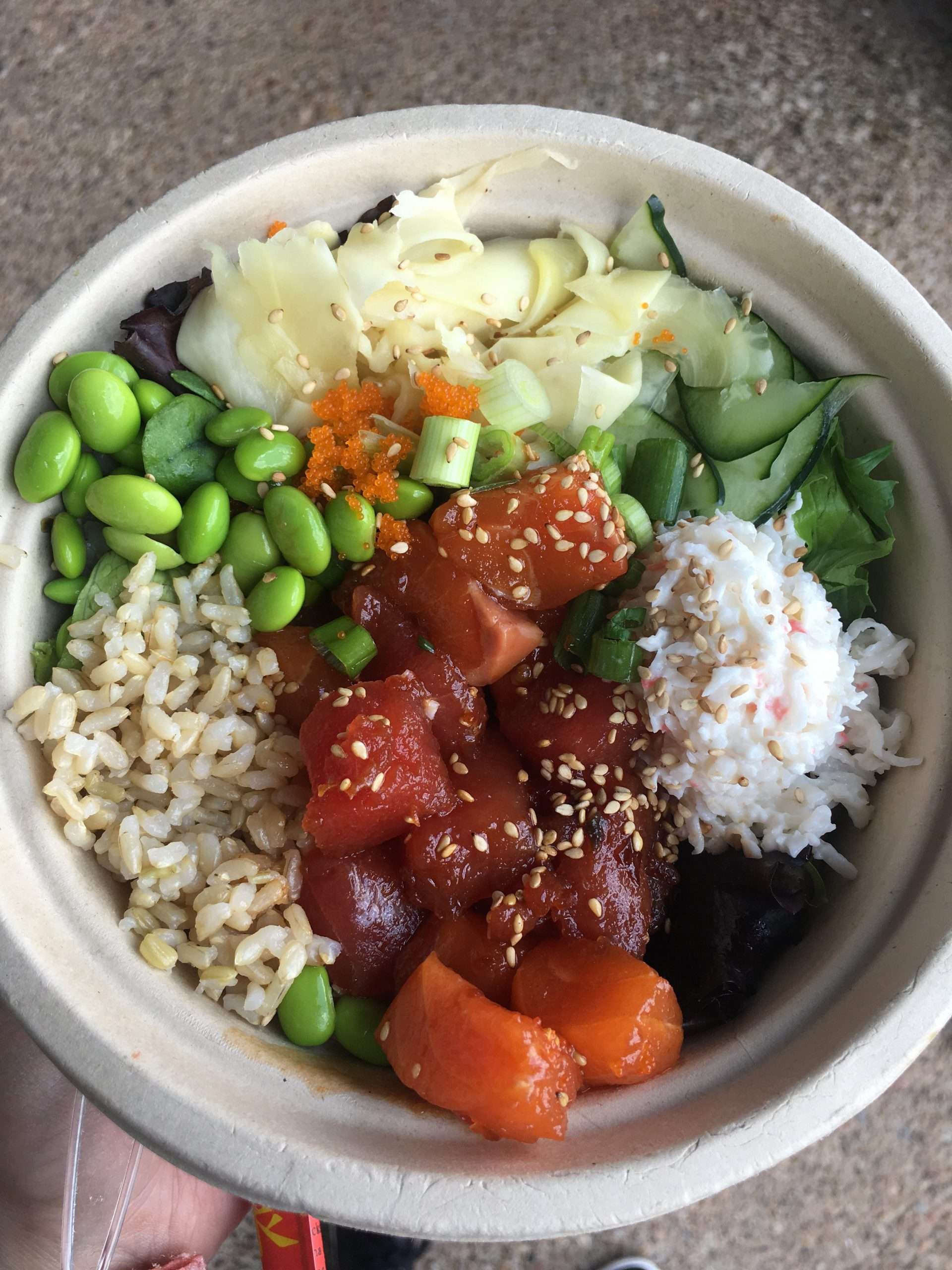 Poké is something we need to talk about. Quick lesson, it’s pronounced POH-KAY not POH-KEE. While some servers at restaurants still pronounce it wrong, now you know and can teach them. It’s a standard Hawaiian dish with cubed fish made traditionally with tuna, soy sauce or even yuzu. It’s similar to ceviche. Anyway, Americans have had a hay day in the last two years bringing this native dish to fast casual store fronts that are customizable. I think last summer in NYC every week I saw a new one pop up, and you better believe it, that I ate poké for lunch about 4 x a month. It’s almost like sushi on a salad or a rice bowl.

Anyway, when I got to Austin there was only one spot on South Congress called Poke Poke, and now a new one has opened up north on Research Blvd. called Poke House. This one blew me away even more with all of the complimentary toppings and options! To start you pick your rice or salad, or even their classic Pokeritto which is basically a giant sushi roll up.  You can even get it wrapped in cheetos. I don’t like to stray to far away from the authentic dish, so I went for half brown rice and half salad. Gotta get your greens somewhere. You can then choose different proteins from Salmon, Tuna, Spicy Salmon, Shrimp, Tofu, and even a Weekly Special. As always, the tuna is much better than the salmon in a poké bowl, so go for this one. I loved the Spicy House sauce which is basically soy sauce. They do have a gluten free option with tamari if you are intolerant. The fourth step is the best step- Mix In time! I have never seen so many free toppings at a poké shop, and the one that won me over most was FREE Crab salad! It was delicious. I also added cucumber, edamame, masago, scallion, and ginger. Go for the Hot Cheetos or Doritios if you miss your sandwich and chip combo traditional lunch break.

A regular bowl here is $9.49 for two scoops of fish, so unless you get any additional priced toppings or sides, yo can really get out of here for under $12 which is a pretty good steal for raw fish. Really excited to have Poke House in town!