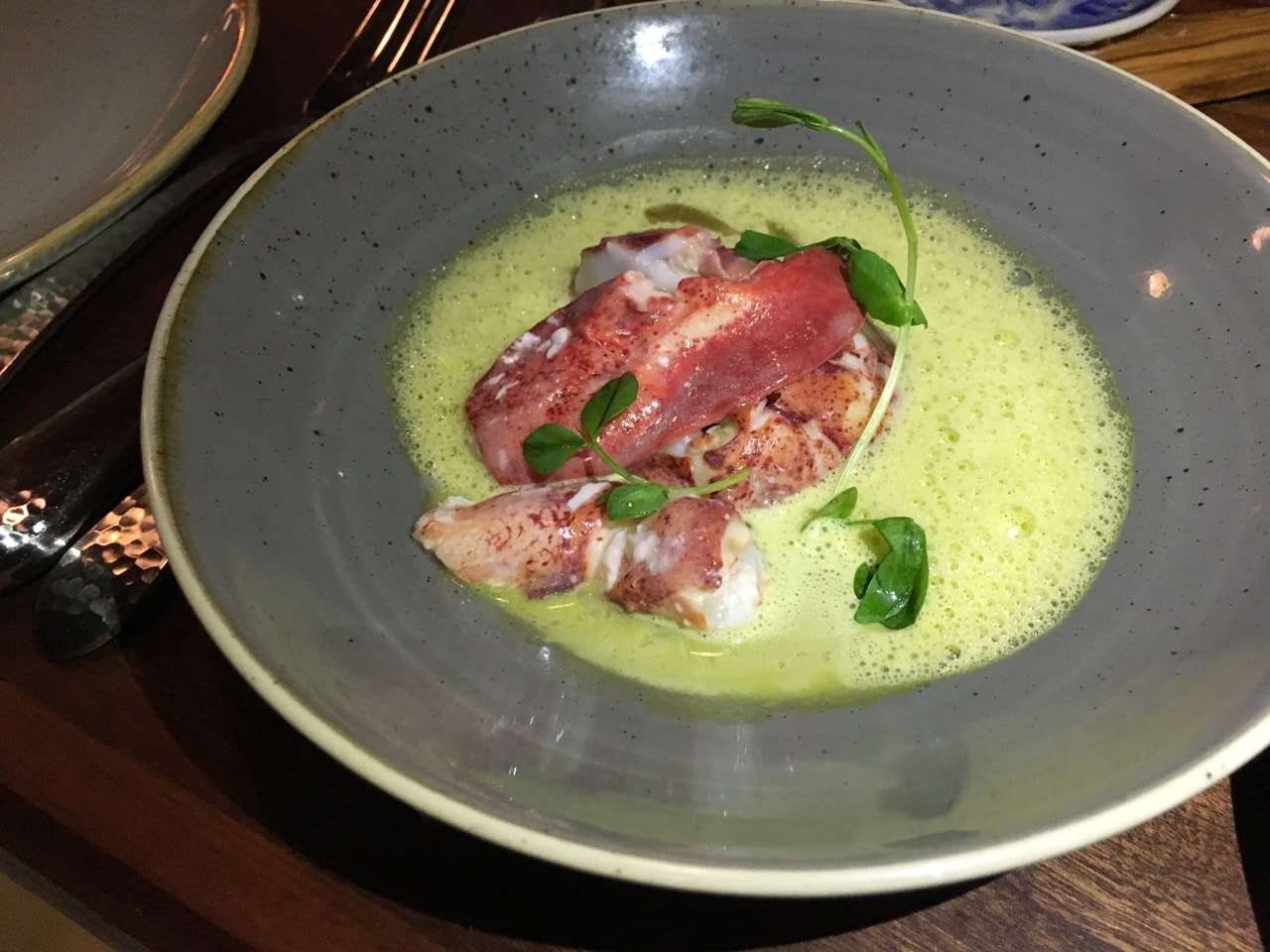 Lowlife is the newest highlife in the Lower East Side. This spot swept me off my feet as soon as I stepped foot in this wooden mecca. When the hostess offered us two extra seats at the chef’s counter instead of our “lousy” and “normal” table on the floor, my eyes lit up, and it set the tone for the whole evening. The chef’s counter is just like a bar area with a bartender. The kitchen is directly on the opposite side of where you are sitting so you can see every move the cooks make. The menu is pretty short and to the point, and I like that it’s not really divided into sections. It’s basically like “hey, we cook food here, and everything is awesome so order a bunch of us!” The only real large format is the chicken yakitori for two and newly added steak rib eye for two or three. 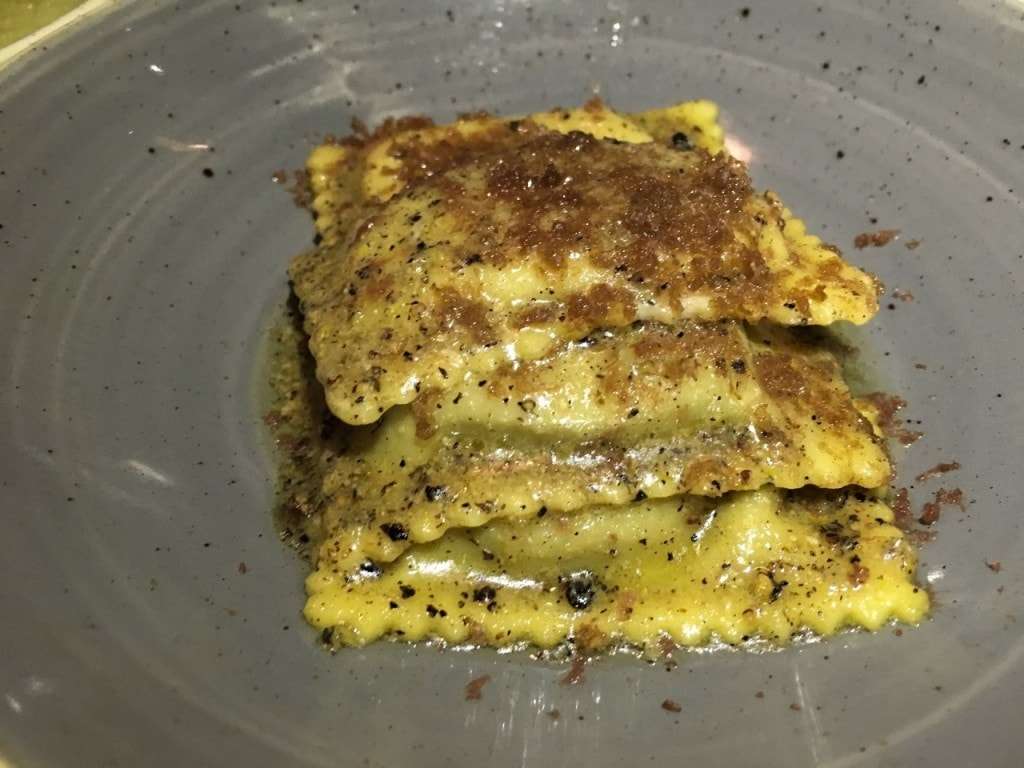 Mushroom Ravioli
Start with the Lamb Tartare. The mint and shrimp salt dance throughout each bite giving it fresh and clean taste. Save your dinner roll for this. I like it better with the tartare than the buttery cracker they provide. Or maybe it’s just that the bread is so delicious I wanted to use it anywhere I could. The Poached Lobster is perfect for two if you each want to get a legit sized bite. I’d say three people is stretching it. It bathes in a light salsify with tarragon. The Mushroom Ravioli feed a few more people with three or four large pillowy pasta guys. It’s a touch sweeter and richer than I expected, and it melts in your mouth as the inside oozes out with each bite. 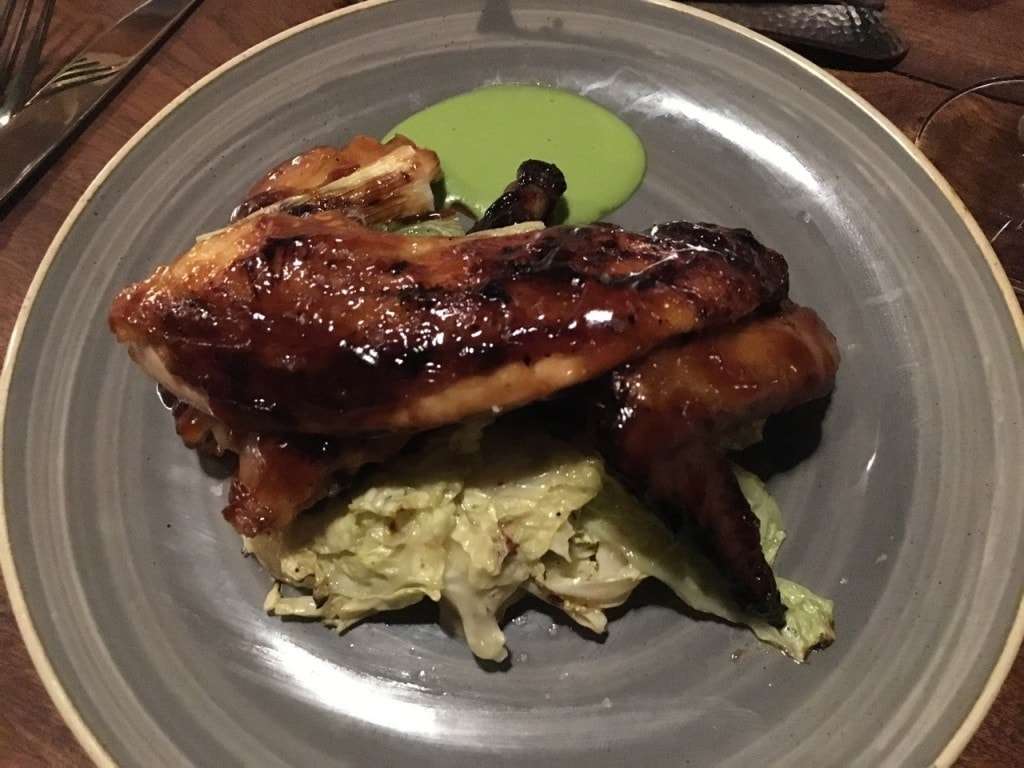 Chicken Yakitori
The Chicken Yakitori with Scallion and Smoked Cabbage reigns as the Beyoncé of this menu by far. I mean is this thing a joke? You’ll see they even have a Japanese robata grill to prepare it on. I’m telling you the chicken on the New York menus these days are OOC (out of control)! You can’t go anywhere without feeling pressured or guilted into order the chicken which used to be the one dish no one would order while dining out. This bird here at Lowlife is no joke, and one that I wouldn’t even leave one bite of. In fact, I stole the last bite from my date with no shame. The sauce is addicting and you’ll want more and more. I’m certain people would bathe in this if they could. The smoked cabbage seals the deal. I wish you could order an additional side of this. It keeps you going in between bites and is soft and a tad crunchy at the same time. You can’t go here and not get the chicken. Luckily, they have a half for $32 which can feed 2-3 (if you order other dishes) and a whole for $59.

Every minute inside Lowlife pumps your heart a little faster. The 70-seat spot feels a little private compared to most restaurants whose tables topple each other. You can actually have a conversation in here and feel warm and cozy at the same time. You definitely don’t feel like you are in the grungy Lower East Side here. In fact, it doesn’t feel like New York at all.