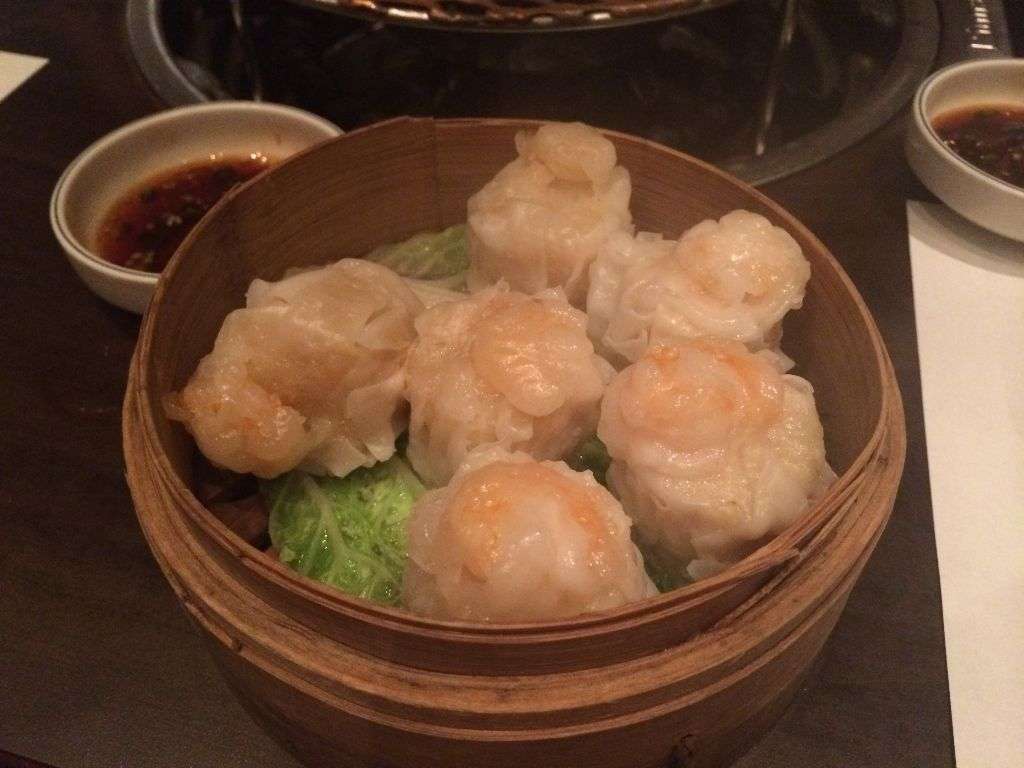 If you’re looking for something to jazz up your culinary scene from the usuals or new opening marathon, take yourself out to Korea Town and get after some Korean BBQ. Don’s Bogam, which accepts reservations and is laughably easy to make last minute on a Friday night compared to the other crazies in this town, is one of the most fun, more flavorful and delicious meals. The menu is indeed overwhelming so bring along an expert order to attack for the group so not to cause any hyperventilations from the girls. Whatever you do, do not skip out on the BBQ part. Start off with the steamed Shrimp Shumai which might be the biggest dumpling to ever put in your mouth. Go on and let it cool for a minute, so you don’t look stupid trying to wipe your tears away while also chewing this beast of an appetizer in one bite. I guess the bigger they are the better they are. Then suddenly your server, will overload your table with all kinds of cold food “accessories” such as kimchi, eggplant, dipping sauces, clear noodles, etc. This is when the fun increases as you’re puzzled trying to get a hold on what everything is before you just give up and finish it all. 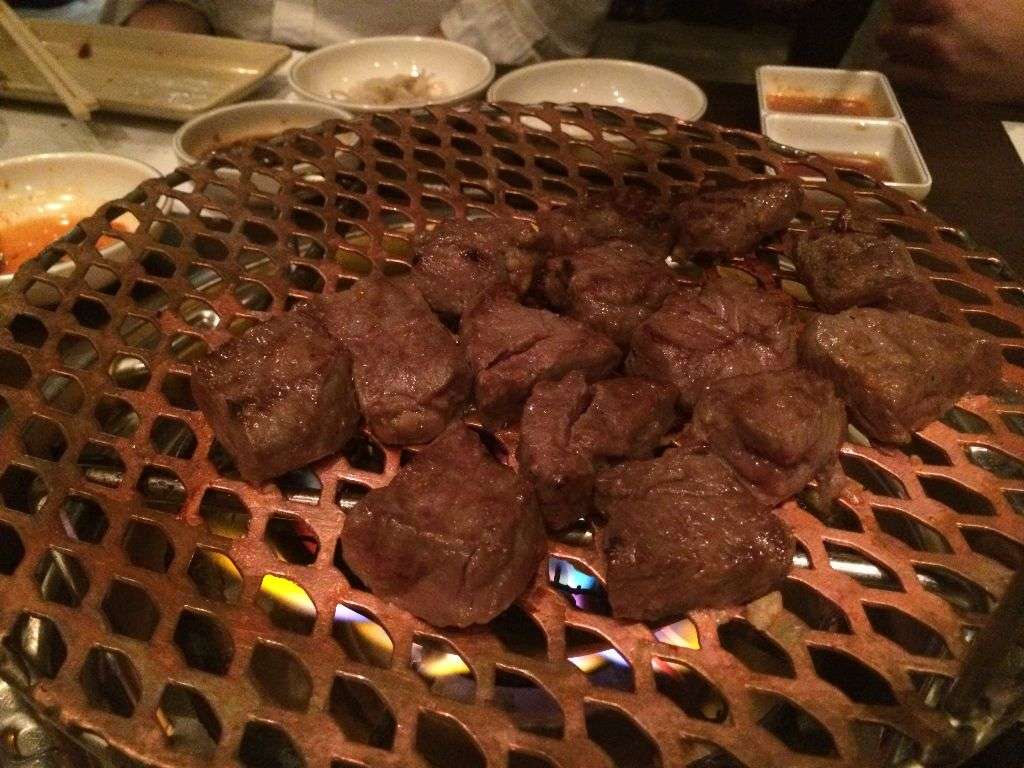 Marinated Beef Platter for Two
I loved the Kimchi Scallion Pancake. It’s the equivalent to what pizza would be in an Asian cuisine, and I am obviously down with that. It’s doughy yet crisp along the edges and scrumptious. Next came our BBQ. We chose the BBQ platter that they cook in front of you instead of doing it yourself. The waiter pops on over to your table with your raw meat, delicately placing it on the stoves at the center of your table. The short rib is tender and like little steak nuggets to pop into your mouth.  It’s cooked before your eyes within minutes and without any uncomfortable steam or smoke in your face. I was most excited for the Maeun-Haemul which is a Seafood Bibmbap with shrimp, scallop, baby octopus & squid. However, this was a fail. They split it up into four equal bowls for each of us, and it basically was like paella or just a bunch of rice without any hope. My absolute favorite dish of the night was the BBQ chicken platter cooked on the stove. It’s a great size portion and almost seems never ending because the chicken is cut up into small slivers and goes slowly when you are using chopsticks. Not a bad thing. It’s light not heavily marinated in starchy or sugary sauces like traditional Chinese delivery –at least someone is worrying about our waist lines. I would get this dish to-go daily if I lived near by. It fulfills that Asian craving and when you just want some simple chicken and veggies for dinner.

The Tofu Soup is also tasty. Don’s Bogam is a restaurant I need to frequent more often. The only downside is things come out so fast that your dinner is cut short if you are looking to stay out and catch up with friends. I guess you can just keep ordering drinks because they aren’t going to kick you out.