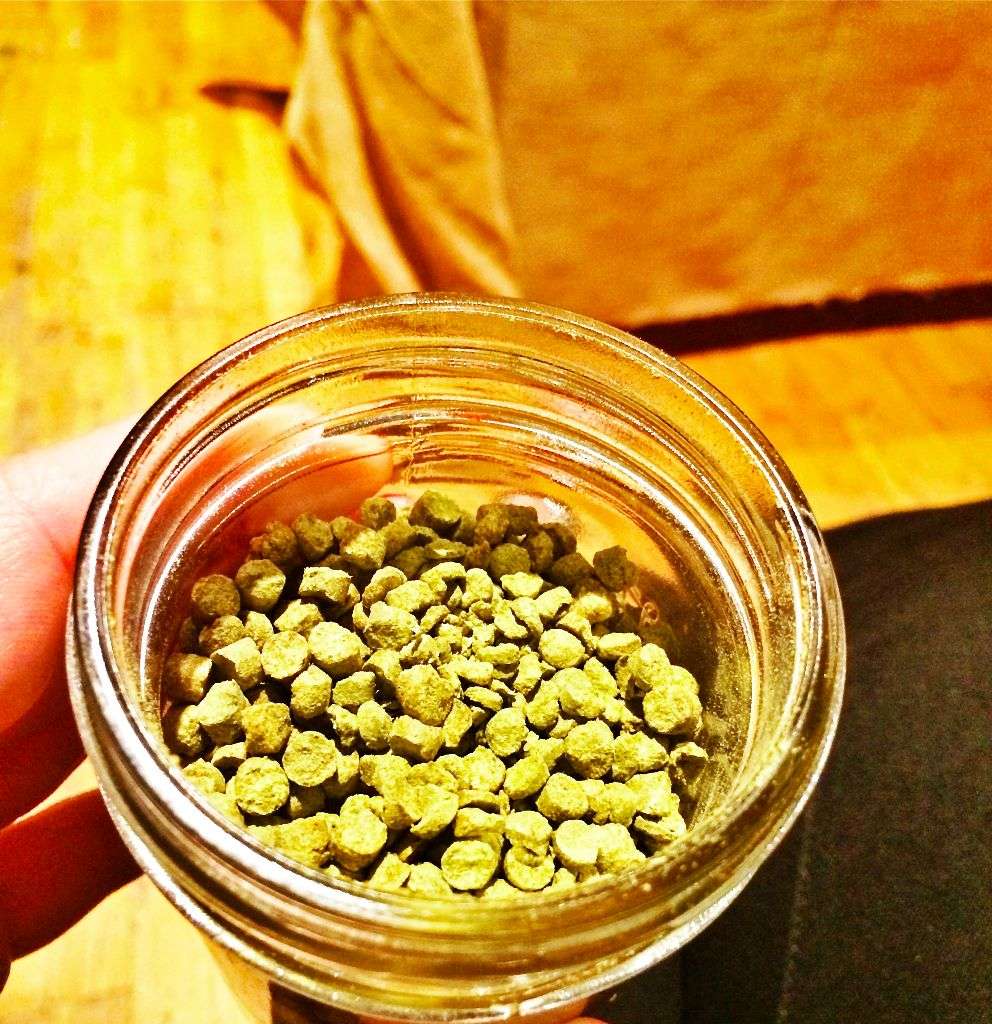 Do make your own beer at home. This is exactly what the Brooklyn Brew Shop co- owners, Erica Shea and Stephen Valand, want you to get out of their beer making class, and particularly, their newest book, Make Some Beer: Small-Batch Recipes from Brooklyn to Bamberg (which just came out May 13). The couple designed these brewing kits for New York City’s spatially challenged apartments and ingredient mixes for seasonally-inspired beers. On behalf of Chekmark Eats, Anna Crystal attended their class and reported back—

First off, Erica and Stephen are two of the nicest and most approachable people in the hospitality business. Their knowledge of all things beer is expansive and impressive. I attended this class knowing little to nothing about the “home brew” process. Luckily, it was worth it because I left feeling pretty confident in the six (only six!) simple steps that Erica and Stephen introduced. I was also deliciously buzzed off of the 11% Strawberry Rhubarb Strong Ale they had on tap and were generously feeding us throughout the class. 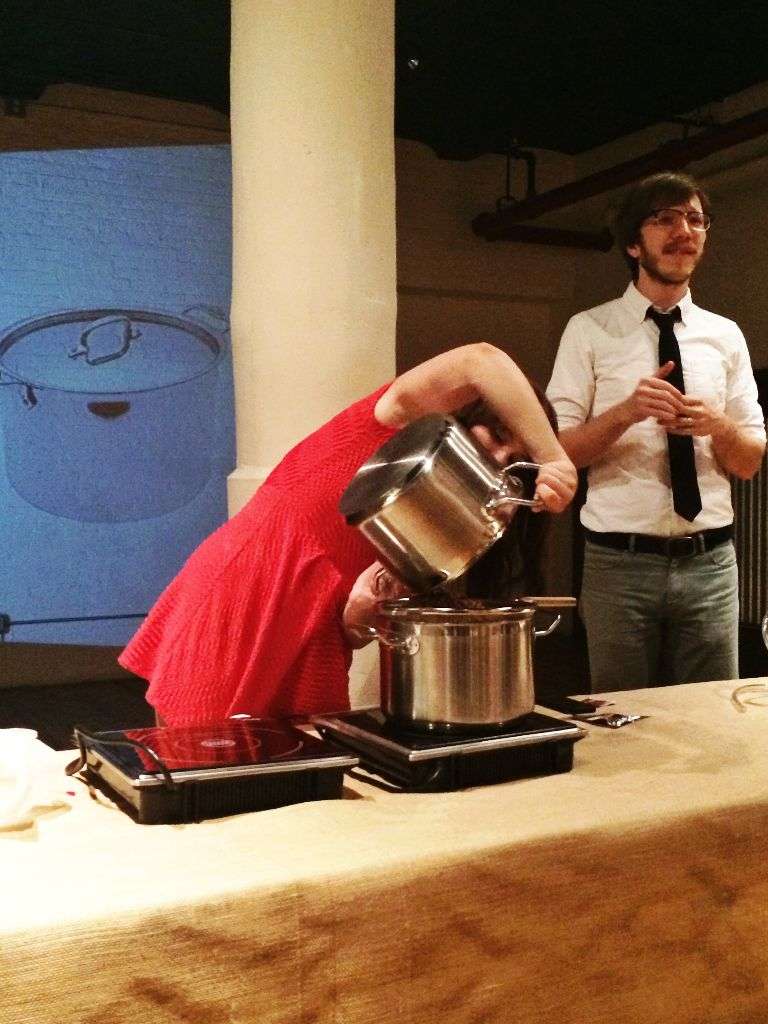 The space definitely exuded the Brooklyn casual, lofty, cool vibe. It was slightly large for the size of the crowd; however, Erica and Stephen made do by projecting quippy and fun slides onto one of the brick walls for us newbies to the game to follow along. As for the six simple steps, the most important step above them all is SANITATION (particularly, since it is very likely you will be drinking and eating Cheetos throughout the brewing process). My favorite step is”The Boil.” This is where you get to have the most fun with your brew. You add hops, weird ingredients like lobster shells or bacon, or slightly more traditional ingredients like spices or herbs. It is really up to you to play with your brew and get after it.

Though the class was not completely interactive, since brewing takes many hours, they did a fantastic job walking us through each step of the process and encouraged us to ask questions throughout the way giving us confidence to recreate this on our own in the future. Their book offers a user friendly guide and fun recipes. One includes what to cook with your spent grain and highly recommends a pizza recipe. Waste not! 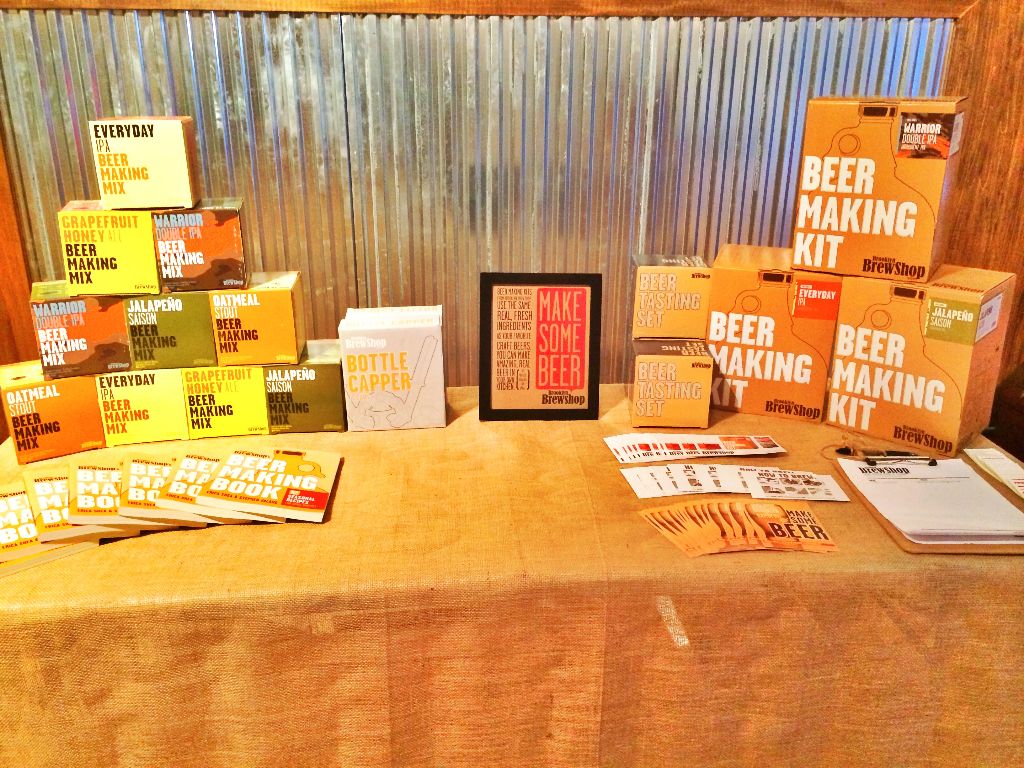 The classes are open to the public, $50 and each includes beer on tap to sample throughout the night as well as spiffy snacks. I recommend taking this class if you are genuinely interested in the home brew process. It is a great opportunity to get involved and stand side by side with two wonderfully knowledgeable beer makers at your fingertips.