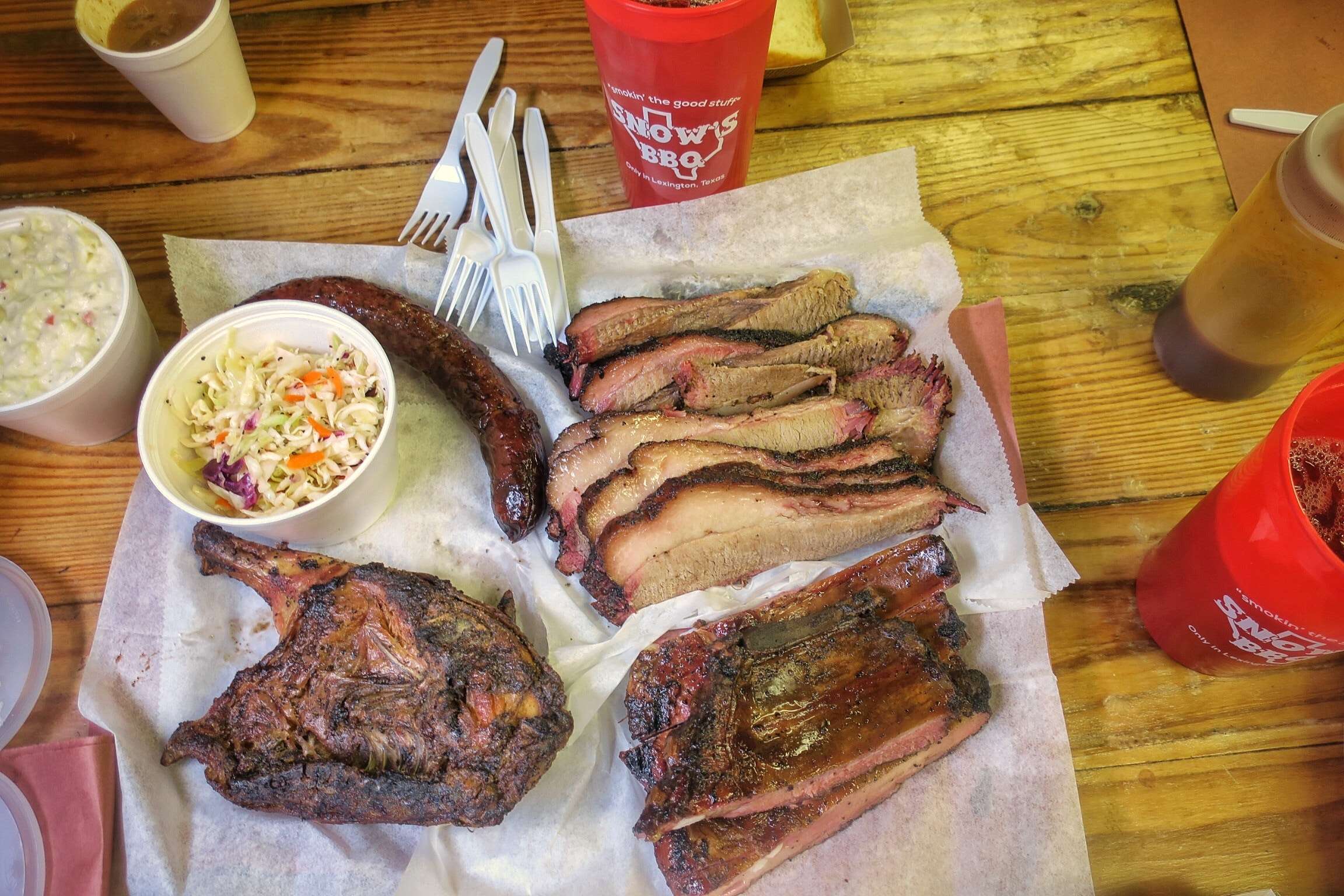 It’s pretty cool that a BBQ restaurant opens at 8 a.m. with a line, is only open on Saturdays and has an 81 year-old woman named Tootsie slaying the MEATS! Snow’s BBQ was named the #1 BBQ in Texas by Texas Monthly Magazine in 2008. With a little over an hour drive from Austin, it’s an easy getaway and a fun breakfast you won’t regret. We arrived at 9:30 a.m. and starting pulling apart our ribs only 10 minutes later at a wooden bench inside.  The menu consists of meat by the pound: Pork Ribs, Brisket, Turkey Breast, Sausage, Pork Shoulder, and 1/2 Chicken. The only two sides available are cole slaw and potato salad and you can help yourself to baked beans, white bread, onions, and pickles.

We left so early because we read on Yelp that they run out of BBQ by 1 p.m. We didn’t run into a huge crowd like Franklin’s but all the seats inside were full at all times so there was a constant flow of people coming in. You can look at the pits outside, but it was cold so not many people were eating out there. We went outside to hunt for Tootsie, who has been smoking BBQ for 50 years and who works at Giddings Independent School District during the week in the maintenance department cleaning the sports stadiums. This incredible lady puts herself to work opting into hard labor, shoveling coals, and making some of the best BBQ one day a week where she wakes up at 2 a.m. to start cooking and preparing for all the tourists and locals to show up looking for her. They open at 8 a.m. now due to a fact-checking confusion with the Texas Monthly issue years back which should have said 10 a.m. 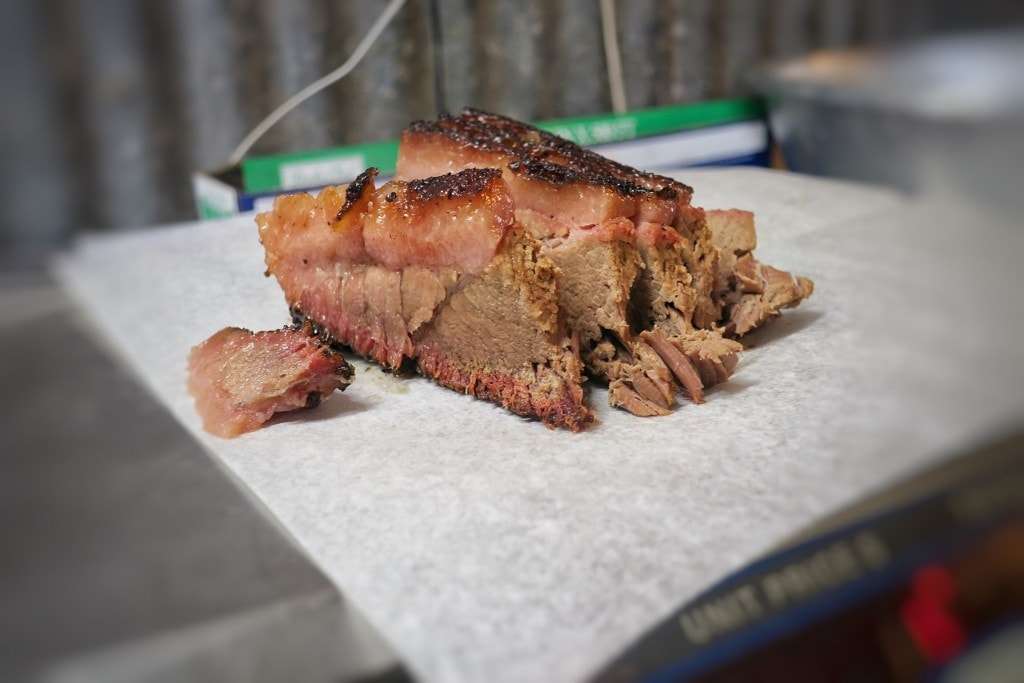 I will tell you eating BBQ for breakfast is actually a recipe for success. Usually you pack BBQ in your stomach during the middle of the day or for dinner and you barely make it out alive if you eat right. However, if you eat on an empty stomach, meaning you haven’t eaten since dinner the night before and have the whole morning to grow your appetite, you don’t hit yourself as hard and you are actually more satisfied. Call me crazy, but smoked meat for breakfast was a great idea! When you order your food, you watch the ladies cut the brisket or ribs right in front of you with an electric slicer. I don’t think I’ve ever actually scene someone use this face-to-face and if they do it’s in the back of their trailer or something because I was really intrigued. The layer of fat and seasoning on the brisket had all the flavor and was juicy enough and by no means not chewy at all. The actual brisket itself was a tad dry, but as long as you eat the fat with it, you’ll enjoy. The peppery pork ribs are where it’s at, and the BBQ sauce is definitely one of my favorites. Not too sweet and just the right added taste to compliment the meat. Eating on top of butcher paper is the norm in Texas, and it sure is fun to sit at the end of the room on the picnic tables with the other crazy BBQ lovers eating breakfast together. 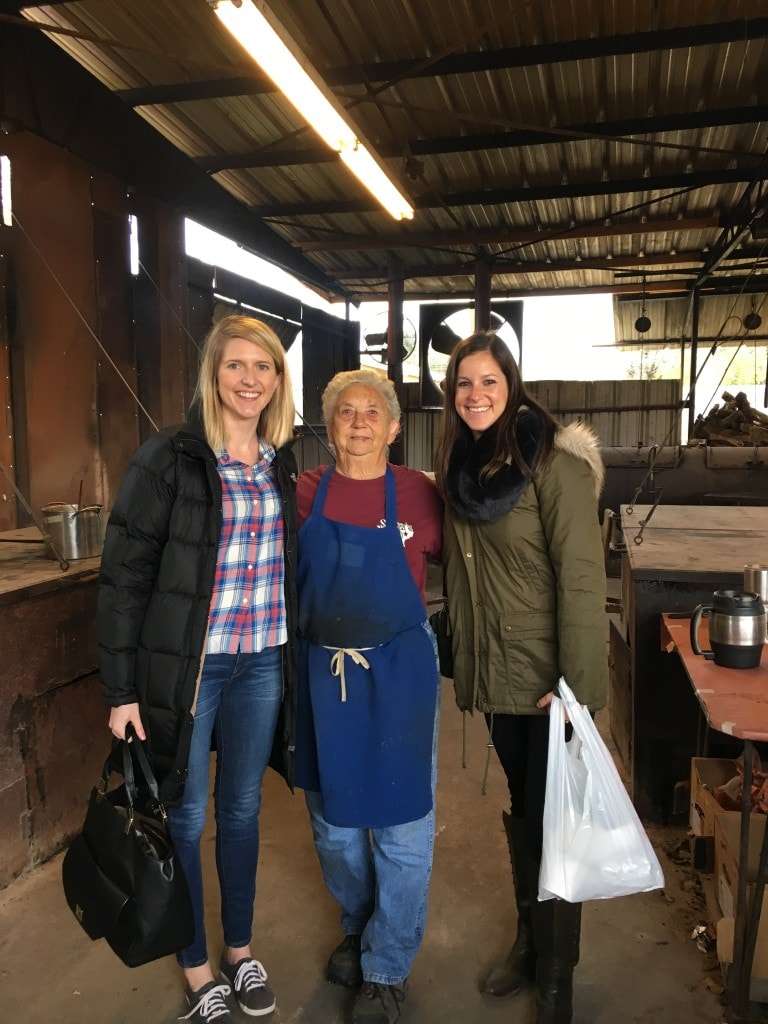 Tootsie is real!
Make sure you walk outside and look for Tootsie before you leave. I think it’s safe to say she’s the only 80-year old pitmaster making BBQ in Texas and she does it for all of us. Tell her how great she is doing and even ask for a photo or autograph. She’s very humble and you can’t go there without saying hi. She’s never missed a Saturday except for one. 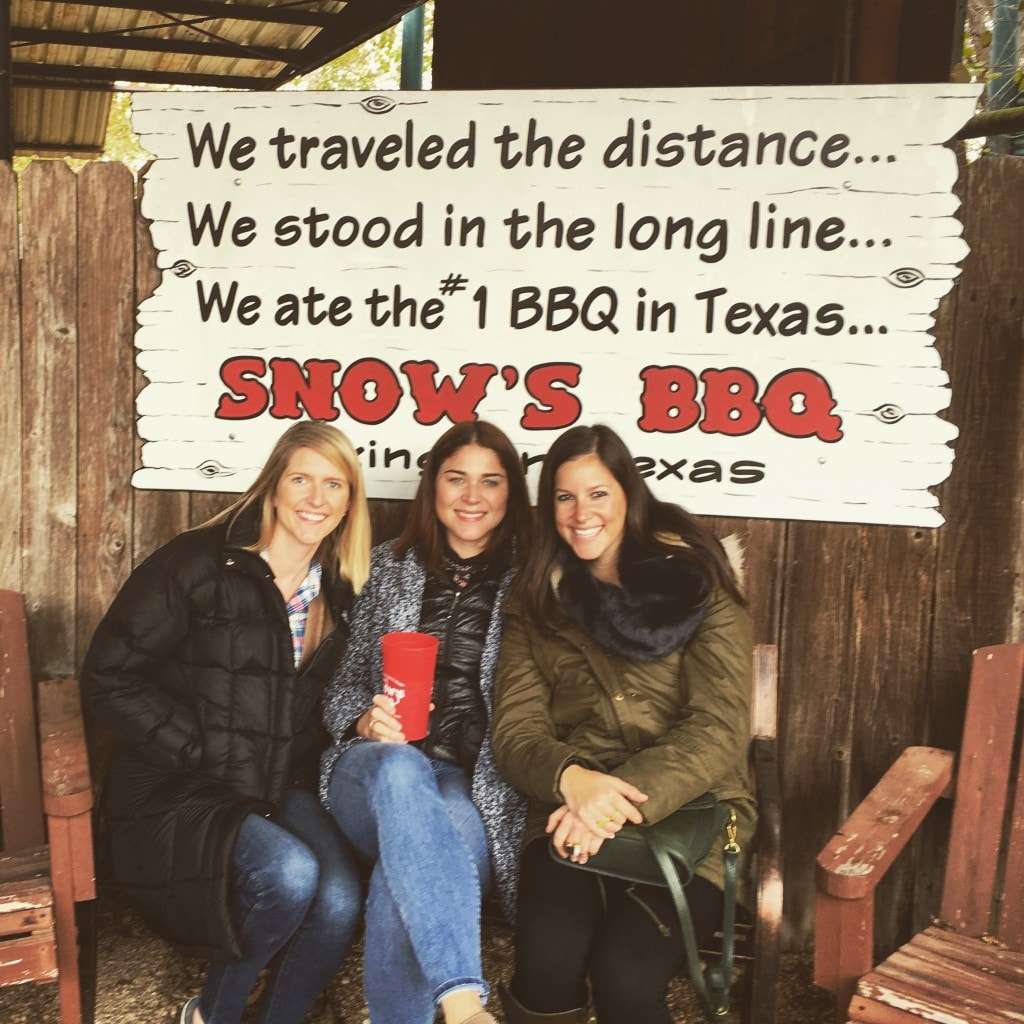 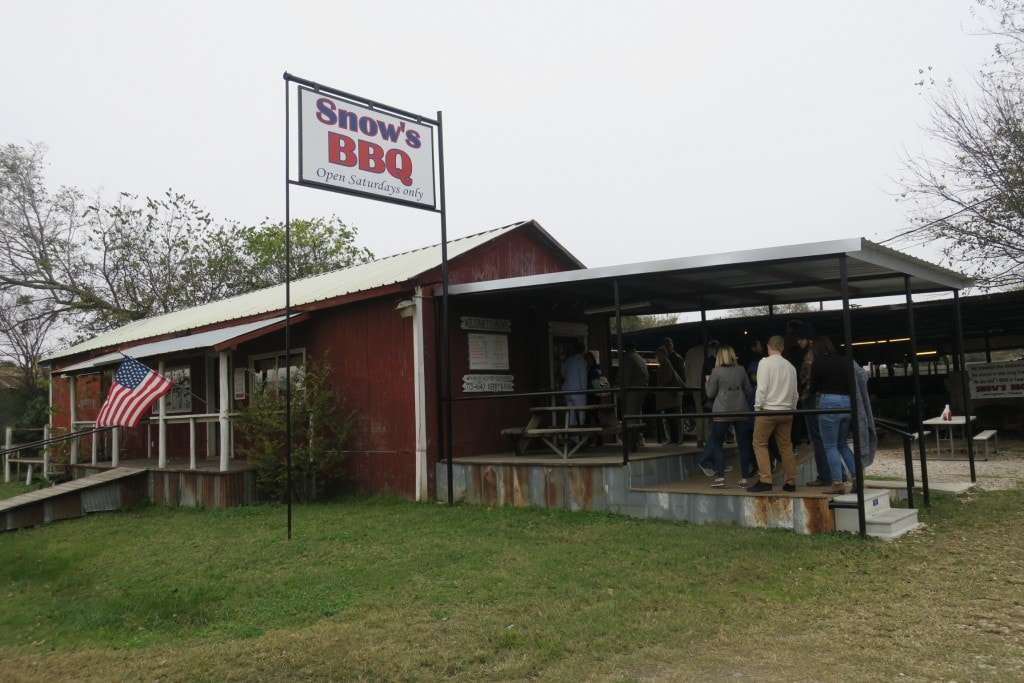