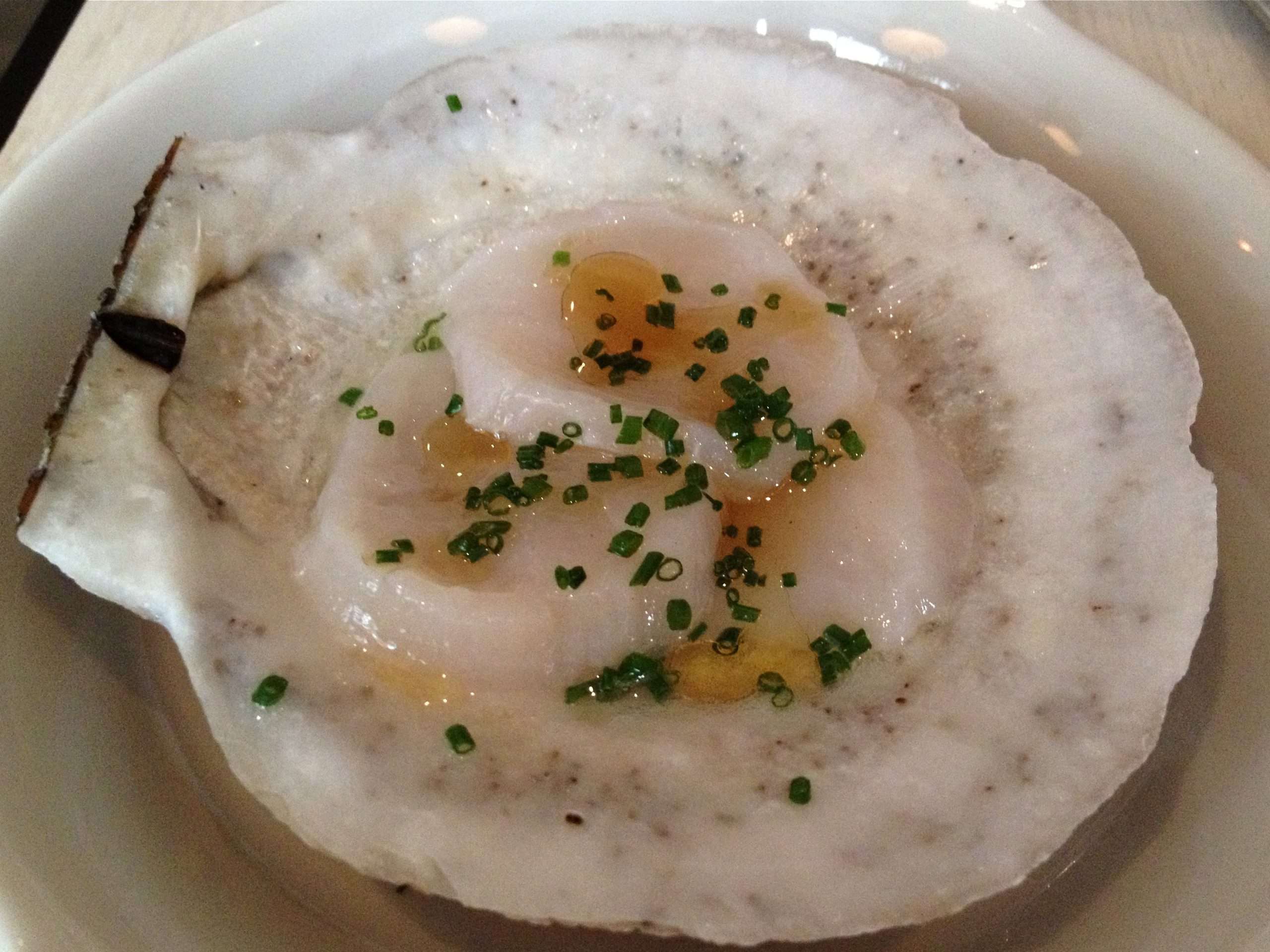 Charlie Bird is what’s happenin’ on the far edge of where SoHo meets the West Village. The design of the restaurant is fun and music themed. The menu resembles the way a CD insert is folded with staples down the middle with crazy colors. It is divided into sections labeled Raw, Small, Pasta, Vegetables and Large Plates. Charlie Bird is long with a window view of 6th avenue and a booth with a golden microphone that reminds me of something John Legend would enjoy. Other than that it i pretty clean and simple and the jams are flowing. We started with the raw scallops, and unfortunately ours were pretty funky. It kind of tasted like they dressed it with caramel sauce and lets just say my seafood did not need that kind of sweetness. However, it is served on an adorable sea shell dish.

The Chicken Liver Toast is what all the people are raving about. It’s pretty thick and definitely has that liver taste but the pistachios and raisins give it a little help. However, it was the Anelloni with Veal Ragu that blew me away. The pasta was tender and soft and not crunchy like some rigatoni’s or shapes like these turn out. The meat sauce was addicting and I couldn’t keep my fork out of that bowl. Really impressed for a restaurant like this where “Italian” isn’t the main focus or drive. The Grilled Black Bass was good and I liked that they split it on different plates for us but really it didn’t taste like much and just another white fish. The side of Romanesco (member of the cauliflower family) was crunchy and a vegetable I’m not sure I’ve ever even had. Have some fun and get this. 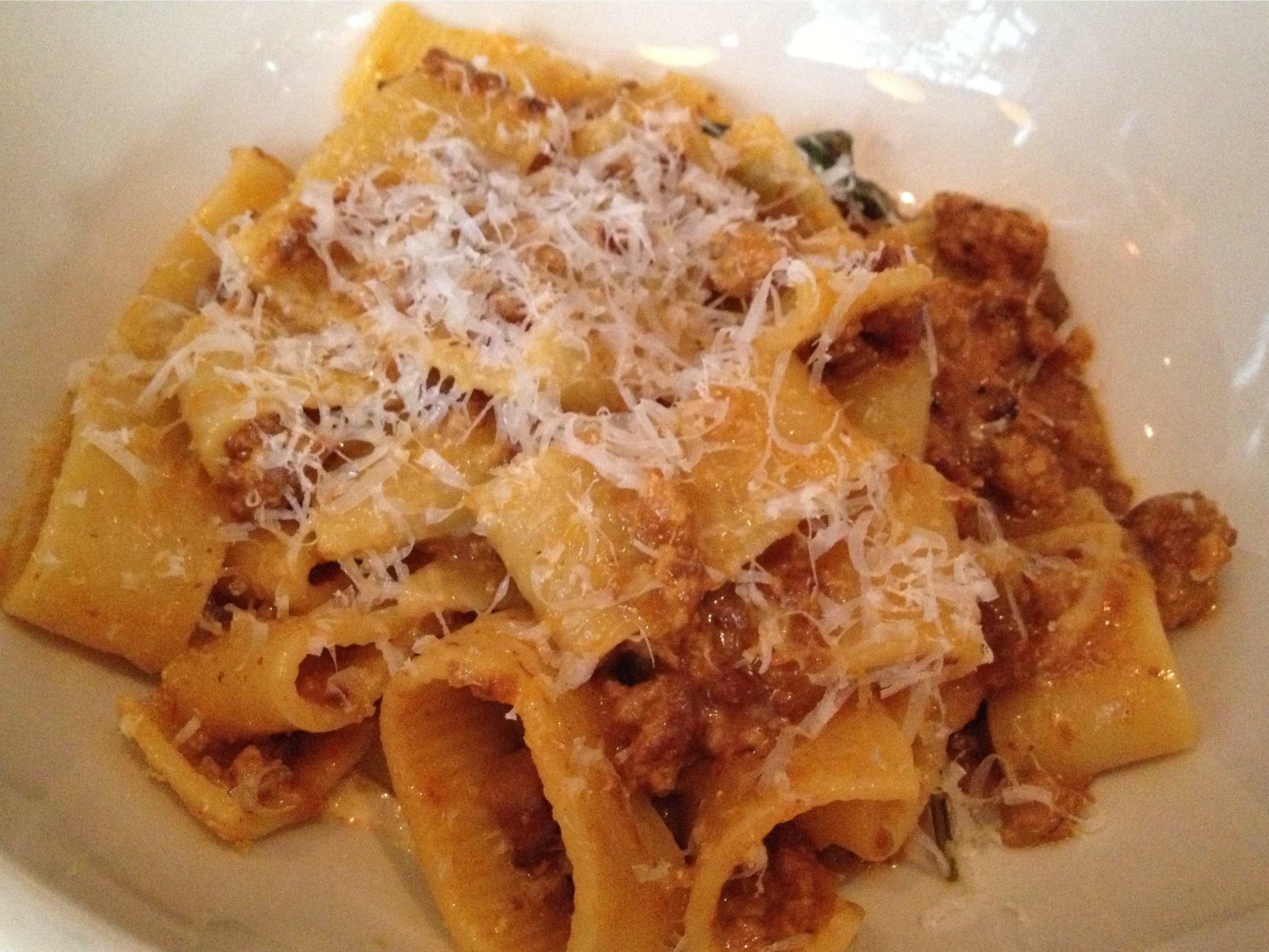 The wine list is fun because they are all named after different sommeliers and restaurants you might have heard of. Their glasses are huge and make you feel like a king drinking out of your fancy goblet.

Now the other best part of the meal was dessert. While sweets are my favorite food (surprised?) I find that bakeries really do a better job than restaurants a majority of the time when you really just want that gooey, chocolate chip cookie or brownie bar. The Chocolate Cake here with Olive Oil Gelato and Caramelized Rice Krispies is insane. It’s a slam dunk and all of the best combinations and textures I’ve had on one dessert plate. The cake is basically a cross between a molten cake and a brownie an the gelato has a bit of salt making it a perfect combination. Now the caramelized rice krispie treats sound like a joke but these babies are legit. Remember Rice Krispie Treats cereal? This is basically it and you will love it.

Charlie Bird is a great addition to the neighborhood and where you feel like you can walk in when you want a good meal on a Sunday or weekday with no hassles or frills. Stick to the sins and carbs here- wine, pasta and sweets!