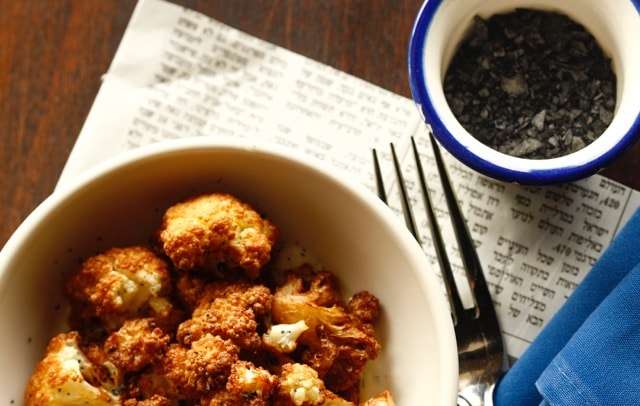 If you haven’t been to Philly to see the Liberty Bell, LOVE Statue or The Barnes Foundation art museum that is one thing, but if you haven’t been to Middle Eastern restaurant Zahav to try their famous Fried Cauliflower, then you need to expedite any travel plans immediately.  In a world, where cauliflower is becoming the new kale crazed vegetable, you just need this lovely edition. It’s soft and crunchy at the same time and unlike any I’ve ever had in New Y0rk City. However, the sauce spread oh so carefully on the opposing side of the cauliflower is what makes your mouth scream with happiness. Thanks to Chef Michael Solomonov, he has kindly shared the recipe with us below, and you can buy his cookbook, “Zahav: A World of Israeli Cooking,” with many more recipes.

Directions:
To make the Labaneh, puree the garlic with the lemon juice and let it stand for 15 minutes.  Add the Labaneh and the chopped herbs.  Pulse in food processor to mix thoroughly.  Season to taste with salt and fresh pepper. Cover and refrigerate for up to 24 hours.

Heat the vegetable oil in a heavy-bottomed pot to 350 degrees.  Remove the cauliflower florets from the core and separate the florets so that they are approximately 1 inch in diameter (i.e. they are all approximately the same size and dimensions).  Fry the florets for about 4 mins or until they turn golden brown.  Remove florets from oil with slotted spoon and drain on paper towels. Season immediately with salt.  Serve with prepared Labaneh.