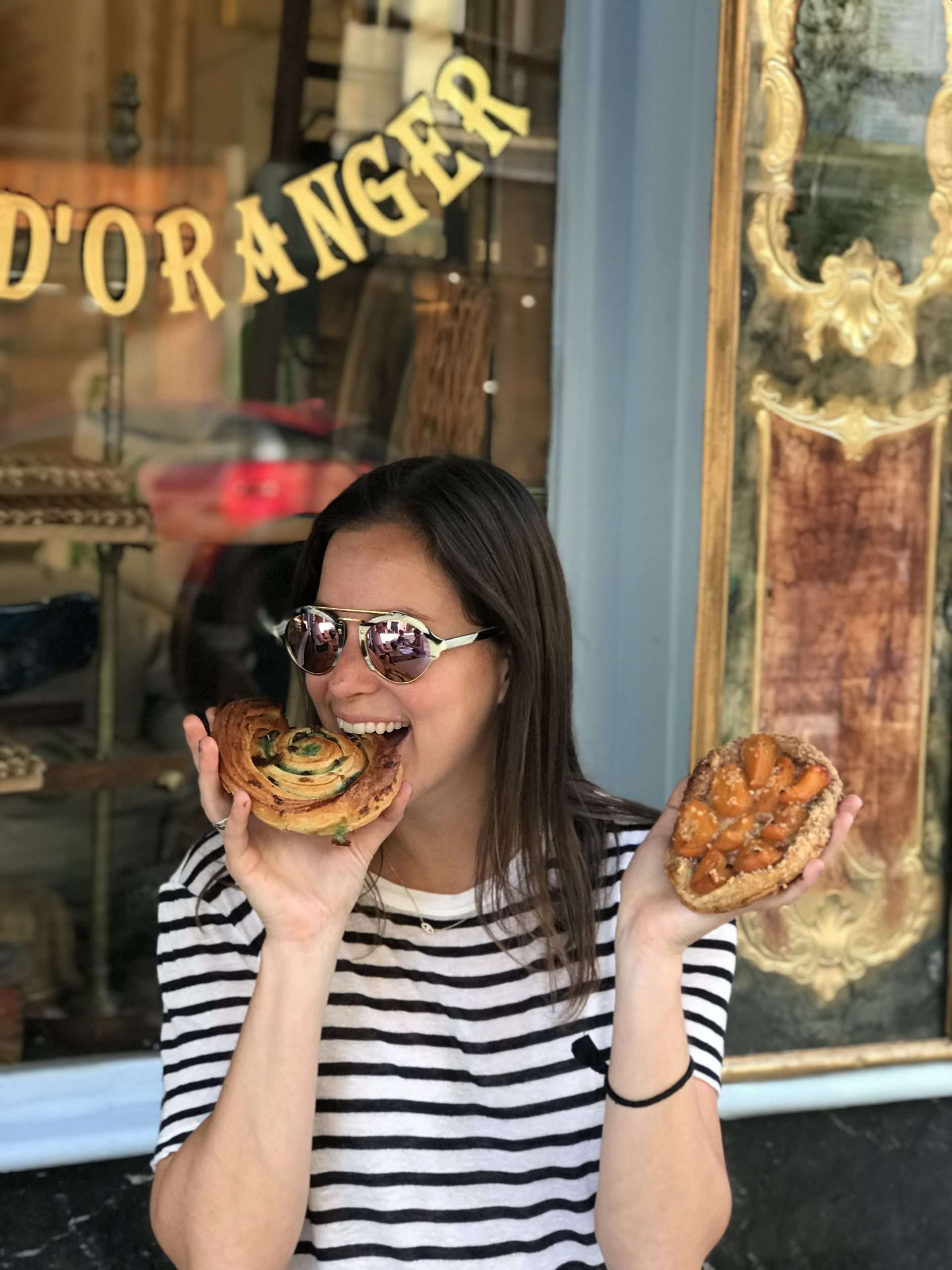 No one could believe that I had never graced the Paris and croissant filled streets before until this summer. Doesn’t anyone know that they don’t have gooey chocolate chips cookies there? HA! Anyway, my perception of French food from the states which is overly buttered dishes, frog legs, and hard baguettes, was deemed 100% incorrect upon my first meal in France. Not all brasseries are as bronzed and glitzy as I thought, and the food is light as can be with just the simplest touches!

This restaurant is all about sharing the small plates and natural wines and couldn’t remind me more of Wildair in NYC. I never thought I’d be eating horse mackerel ceviche with leche de tigre, carrots, avocado, and mild chili pepper as my first meal in Paris! I’ve also never had cold mussels or a breaded hake fish with aioli mayo. Unfortunately, they were out of the Lightly Grilled White Tuna entree but we got the special fish cake with roasted vegetables which was also something I’ve never had and really enjoyed the unique recipe. They have traditional duck breast, pork sausage, meatballs, and homemade black pudding. It’s near the 10th arrondissement and probably more for the adventurous than vegetarian… 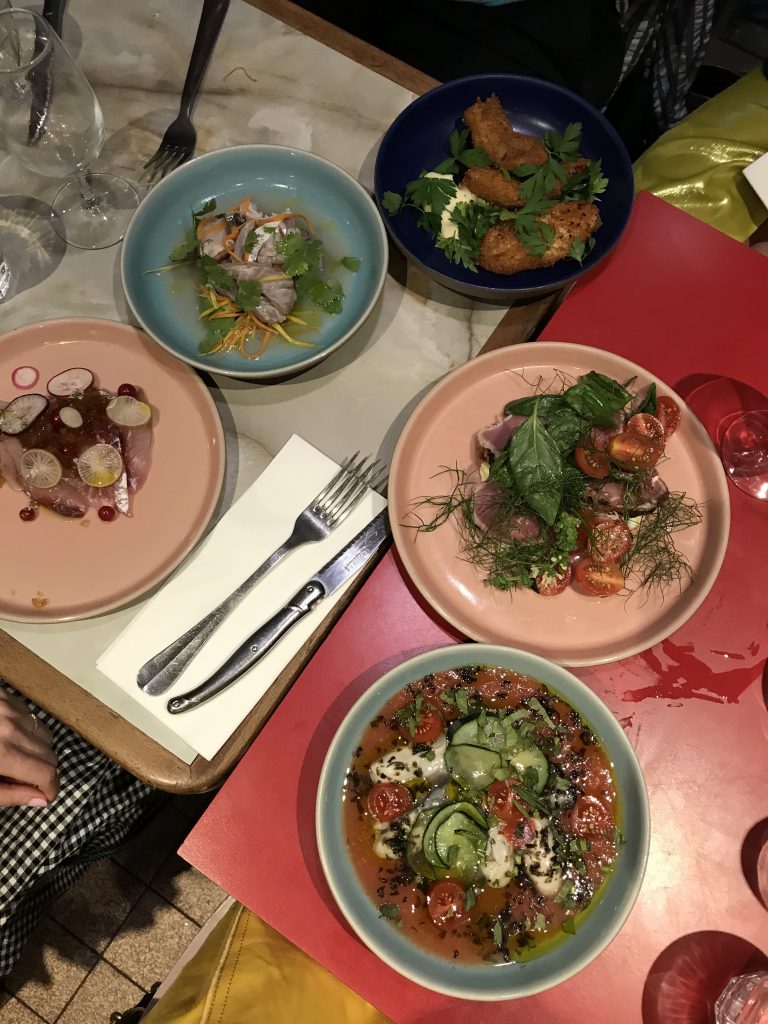 This was my favorite meal based on food alone, and the fact that there was no English menu made it all the more authentic. The staff is super laid back. We started with the sardines on brioche, and these are hands down the best sardines I’ve ever had. Also, my favorite dish from the entire trip. The buttery toast with the butter fresh fish was like a dessert. Yes, I almost ordered one at the end of the meal but they were closing up… The menu also included pork ravioli, beef tartare, mussels, duck, and a great roast chicken with eggplant and lightly curried greens. They only have two seatings, and you must have a reservation. They are closed on Saturday’s and Sunday’s! 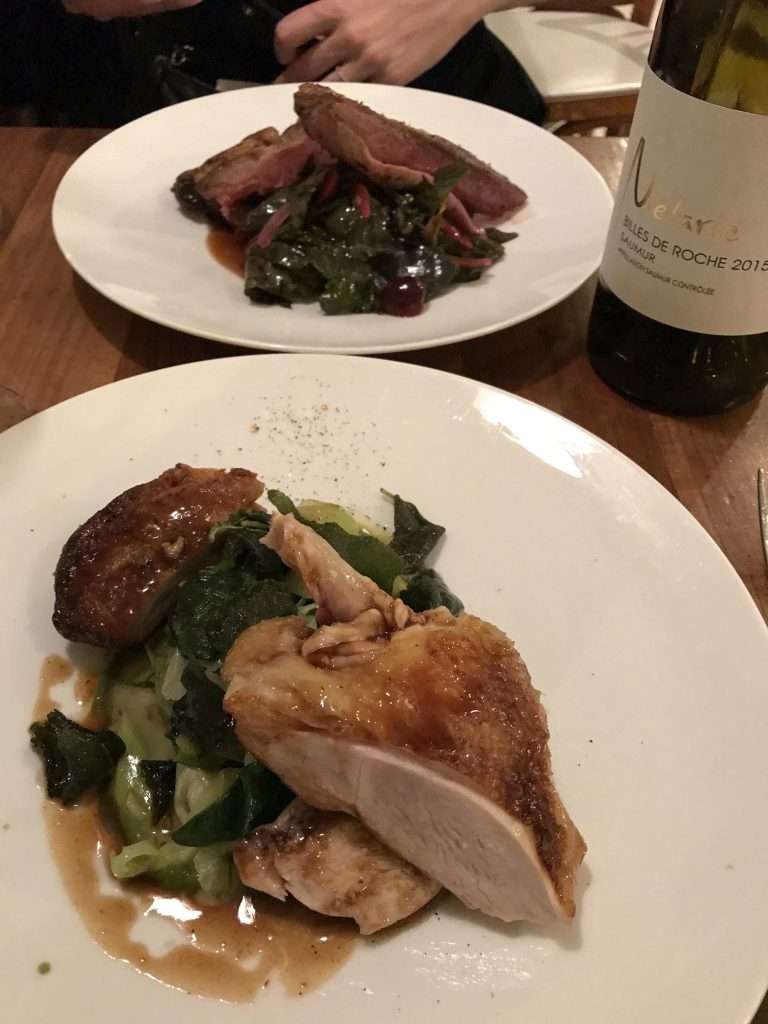 This was my favorite extremely FRENCH, French restaurant. From the decor to staff, to the traditional menu, it was the kind of restaurant I had been waiting for. Not to mention almost every American recommended it, and called it the place with “the big bowl of chocolate mousse.” Start with the crab stuffed avocado and grapefruit salad. This will brighten your palate off to the right start with the refreshing citrus and light, creamy texture. I loved the scallops and risotto and wouldn’t have traded it for the duck breast or tuna steak. The quick pace, sensory, framed photos and printed posters on every square inch of the walls, along with the mosaic floors created a space and authentic experience I expected when I dreamt up my first Paris trip. 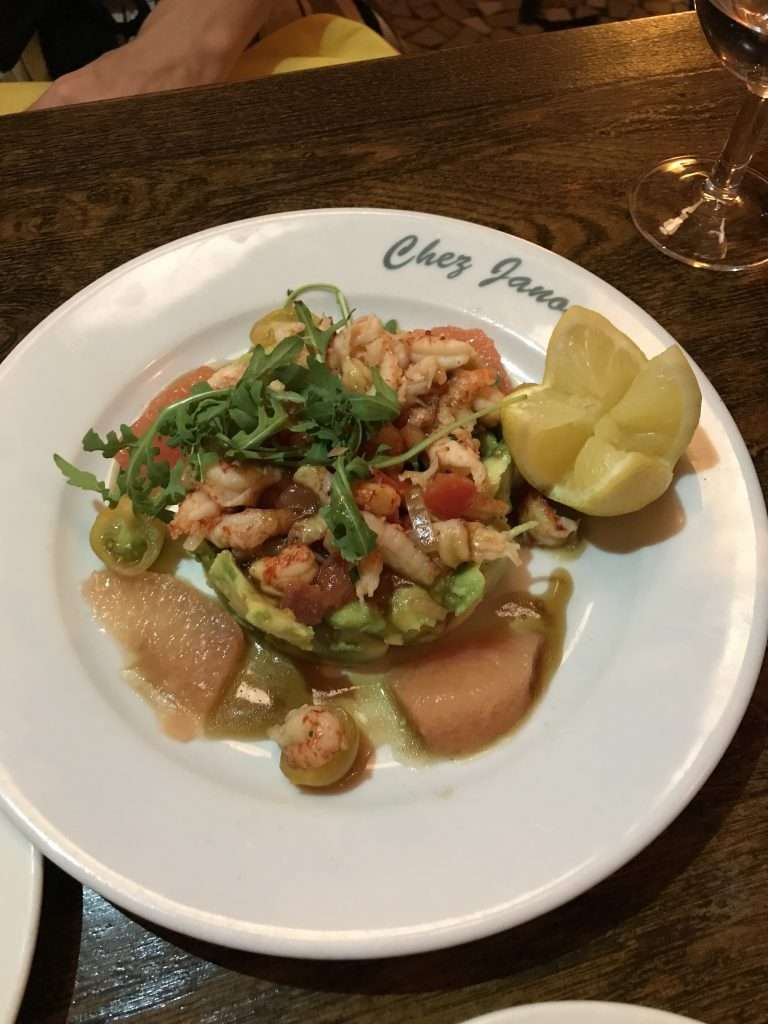 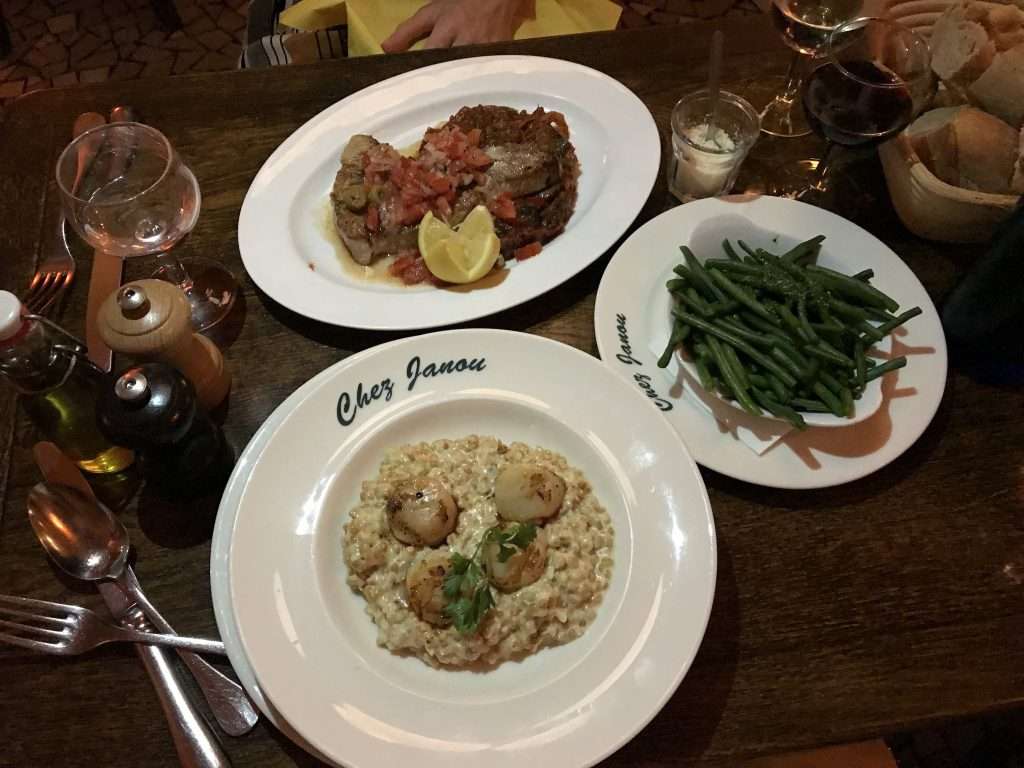 Hemingway Bar is a sight to see and a sore eye for your wallet. You feel like you are partaking in history here knowing F. Scott Fitzgerald and Hemingway spent time here. You are drinking with the big guys! Walk straight through the front of the Ritz Hotel all the way to the back into a tiny wooden bar where servers are wearing white cloaks and you don’t want to raise your voice. The menus come on a printed “newspaper” called The Hemingway Star from martini’s to frothy cucumber drinks and aperol spritz that are at least 30 euros each. Come for the scene and stay for the olive and marcona almond snacks. Then skip over to Balagan for dinner! 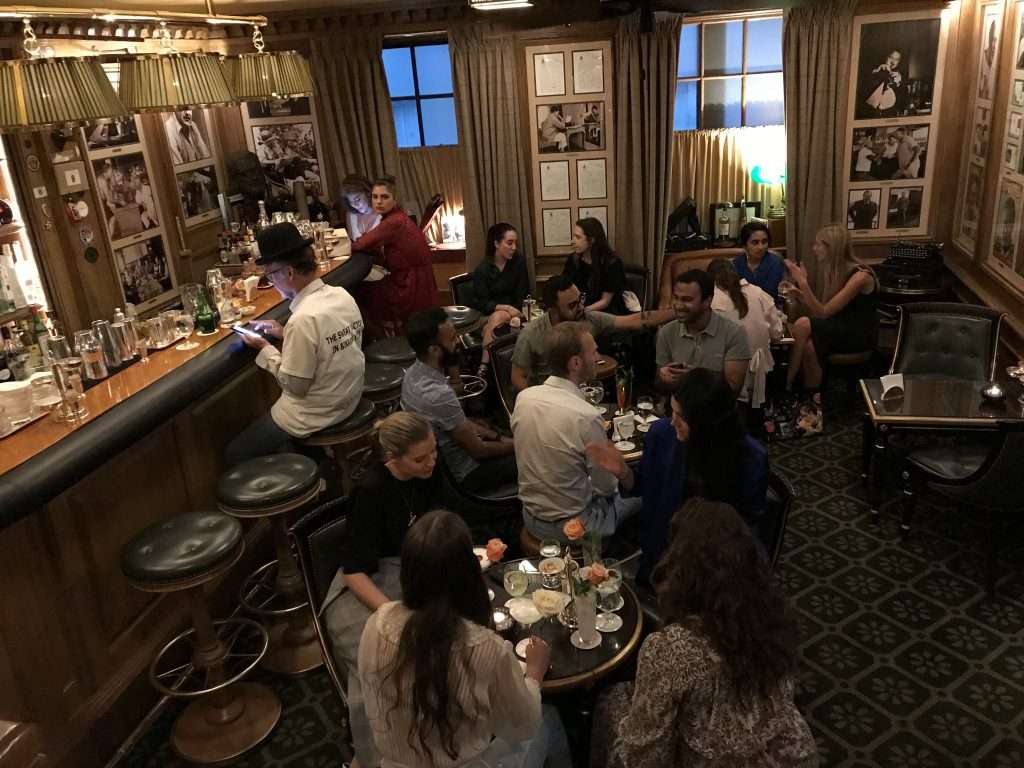 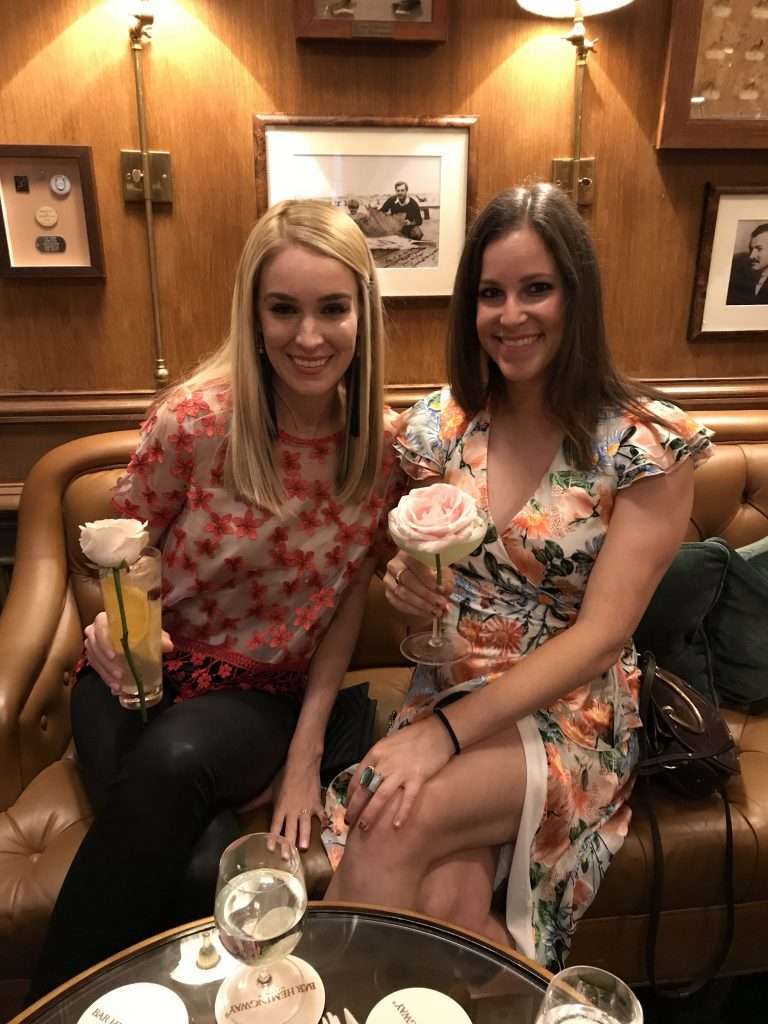 This Israeli spot is a party! There is a super cool red cocktail lounge in one part of the restaurant, an open kitchen, and a lively dining room where sparklers and singing goes on during birthday celebrations. As you know I am a huge fan of Mediterranean food because I love the fresh fish and vegetable dishes with just the right amount of herbs and spices. Go for the Dan’s Tuna Tartare, Octopus, Sole with Za’atar Gnocchi. 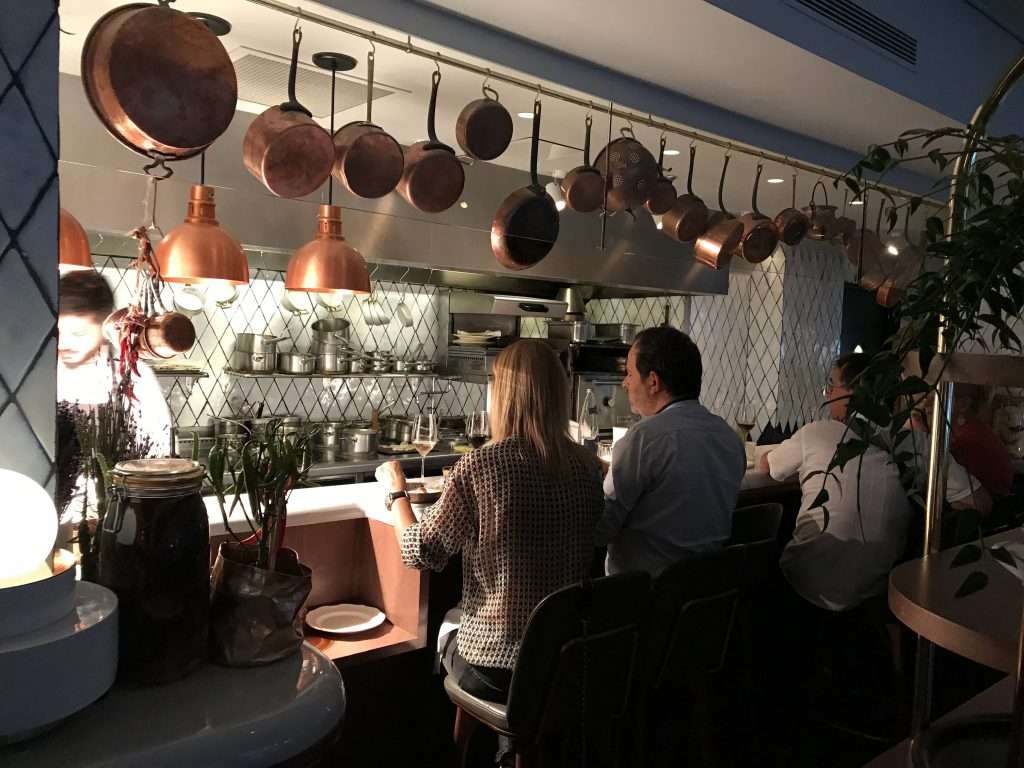 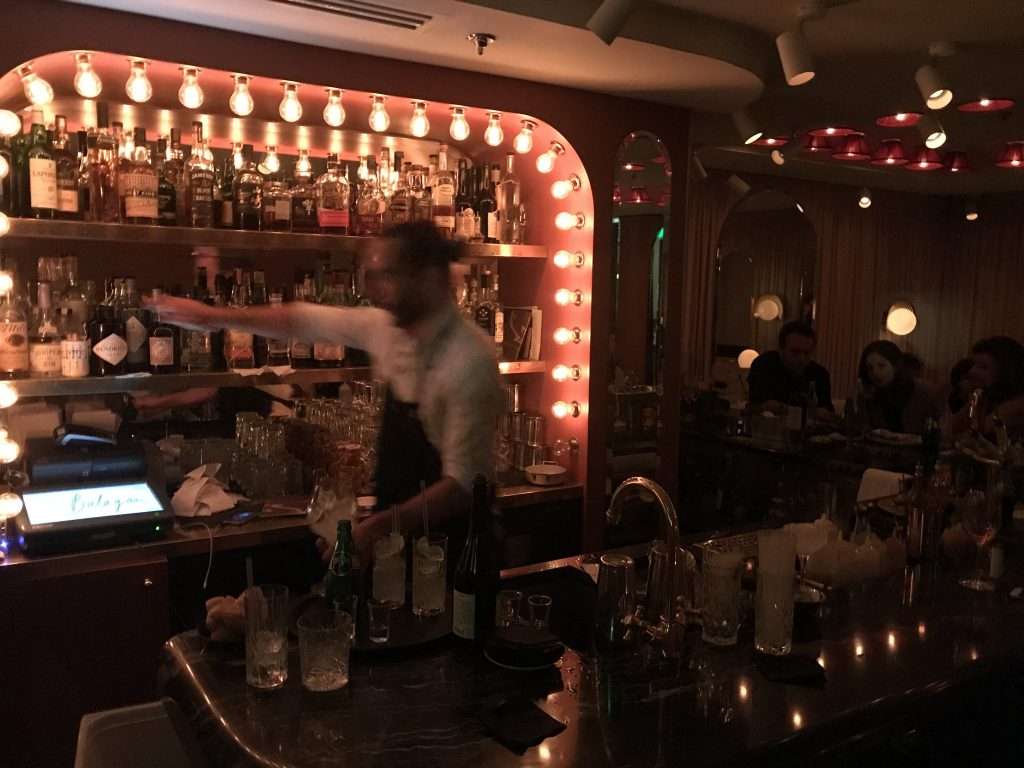 We found this spot on instagram due it’s beautiful dining room with lush hanging plants and bird cage like straw lamps from the ceiling. We went during the day for lunch and it was pretty empty, so it may be more of a late night spot but it was also in July when it was less crowded. This meal might not have been traditionally “French,” but it was some of the best coconut rice and ahi tuna I’ve had which happen to be on my top 5 list of favorite foods so this was stellar! You can really get anything you want here from an assortment of cheeses, Spanish sardine toast, chicken spring rolls, king crab mayo, caesar salad, sea bass with white butter, blue lobster, duck confit, french fries. It has Asian and French accents. 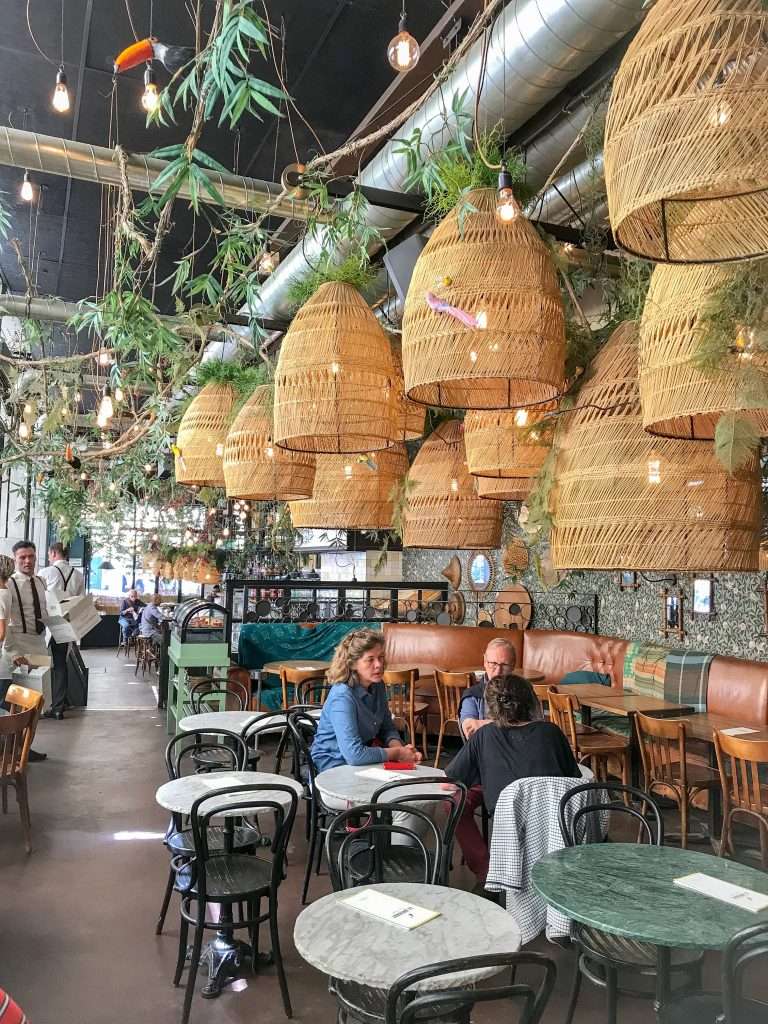 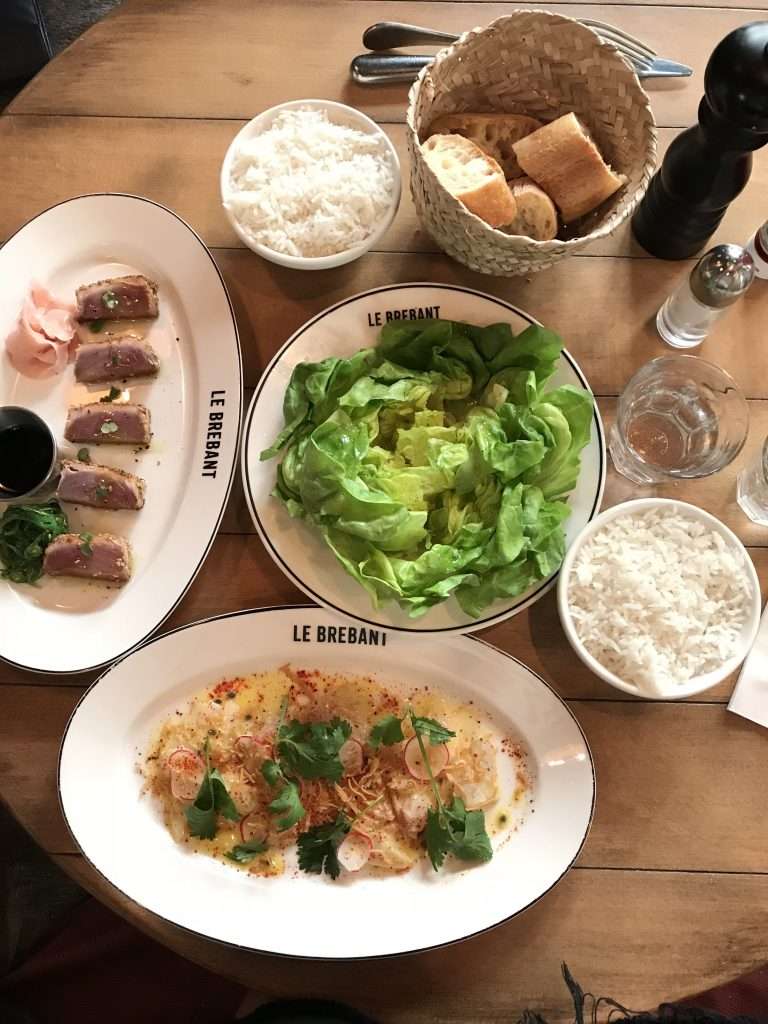 This is one of the places that seemed every single person said I must go to. The funny thing is this is a pretty common restaurant name so make sure you are going to the right one or have your hotel make you a reservation! Address is 22 Rue Paul Bert. The move here is for the steak! It almost looks like a tender tuna steak it’s so nice and rare. The sauce is pretty heavy made with cognac and peppercorns and to be honest, I wish I got mine sans sauce so I could taste the meat solo and dryer. That being said, I think I’m the only one as people want to drink this sauce. I do love the fries (they don’t have ketchup!) and got a side of broccoli to round it out. This is the definition of a Paris bistro, it’s quaint, multiple dining rooms, French only menu with specials written on a chalk board that they pass around. I love this neighborhood and make sure you walk around for a bit after dinner. 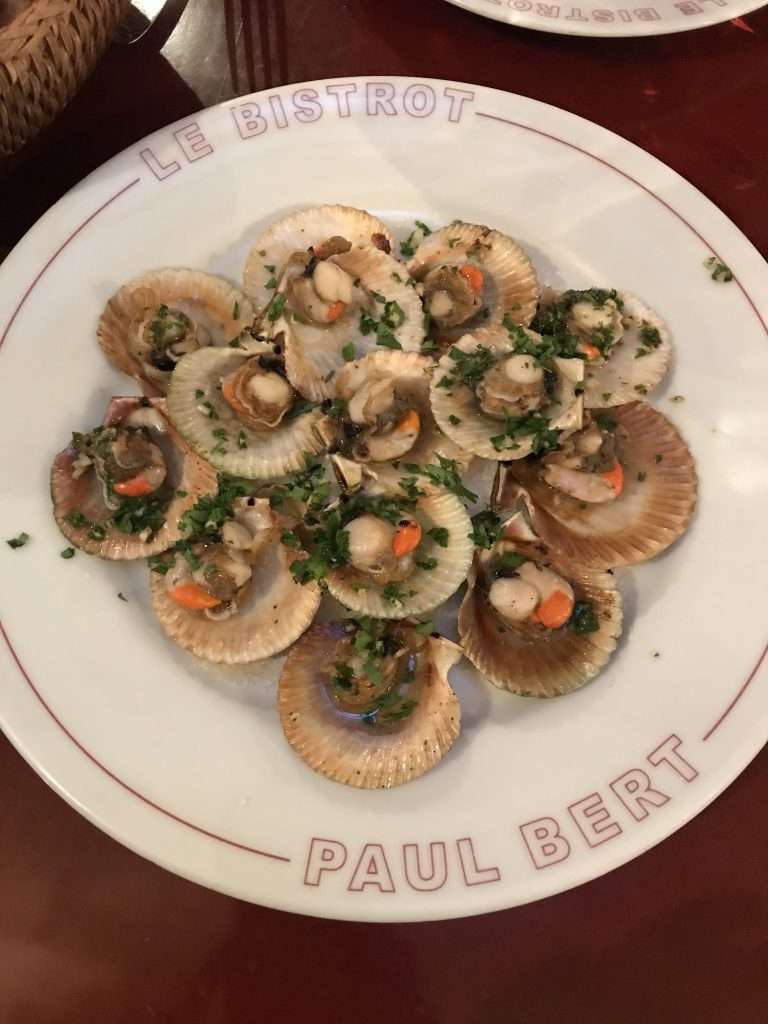 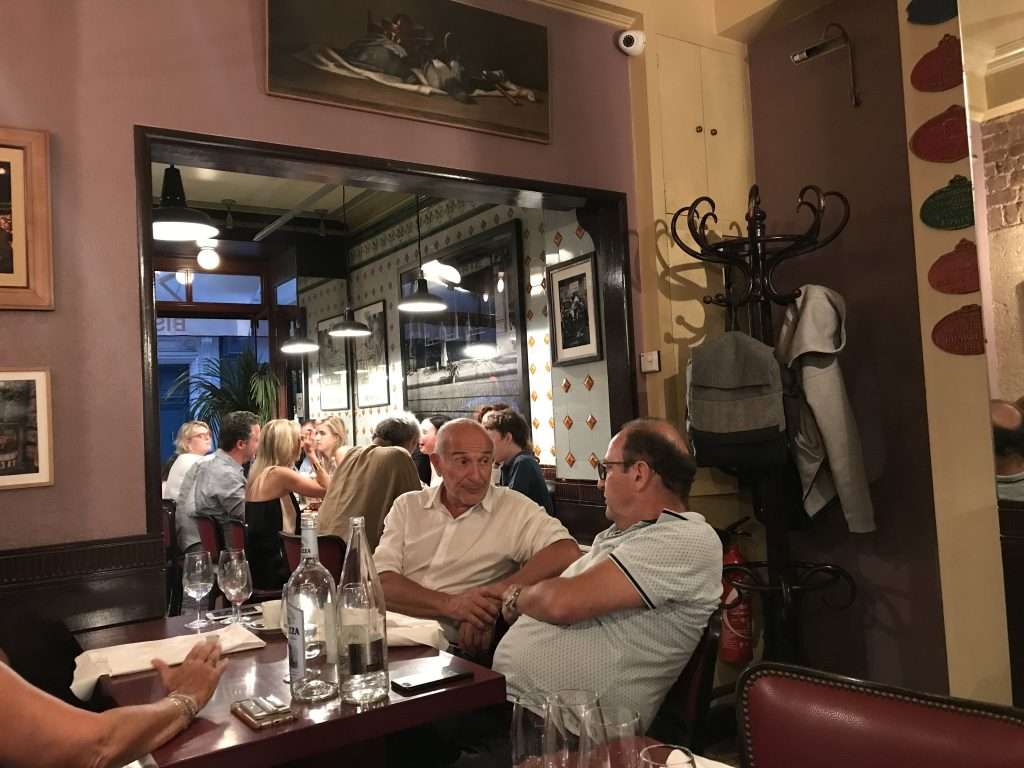 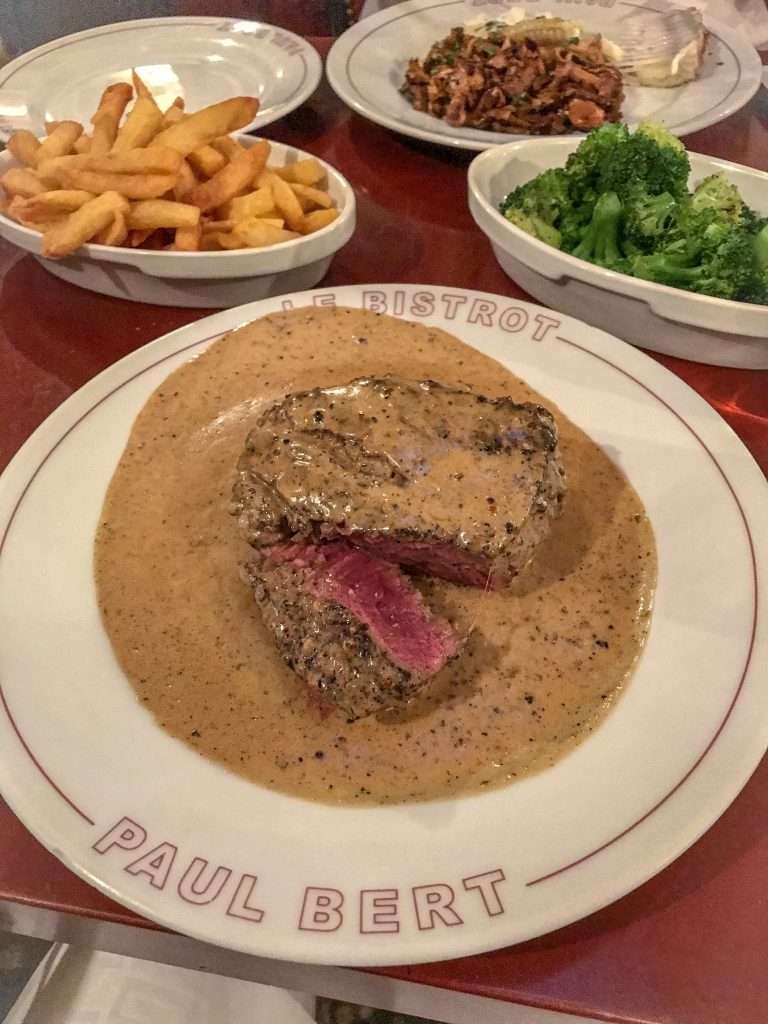 The menu here is small just like the size of the restaurant, but the plates are bursting with flavor, so if you think from the selection of dishes that you are out of luck, you are certainly wrong! The smoked trout with puffed grains and pickled onions is beautiful, thin, and delicious. The rockstar was the fried eggplant (not breaded) but a tender flesh of the vegetable that had smokey Asian flavors with tomatoes. They have a fried chicken dish, cockles, burrata and an ever changing menu. 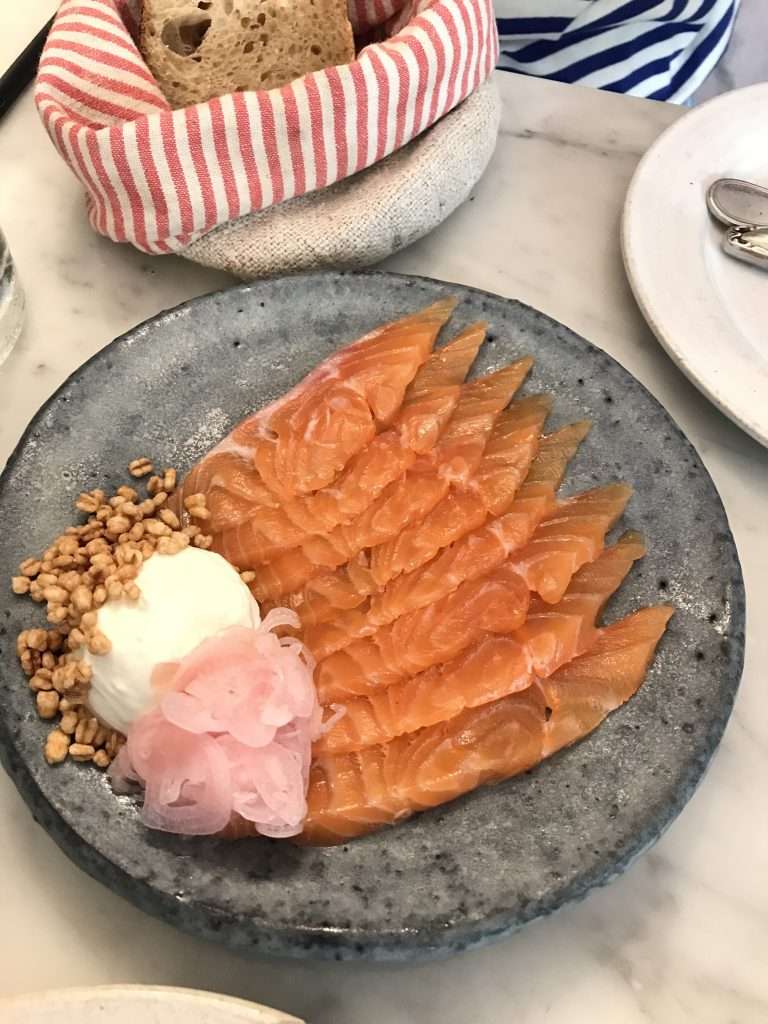 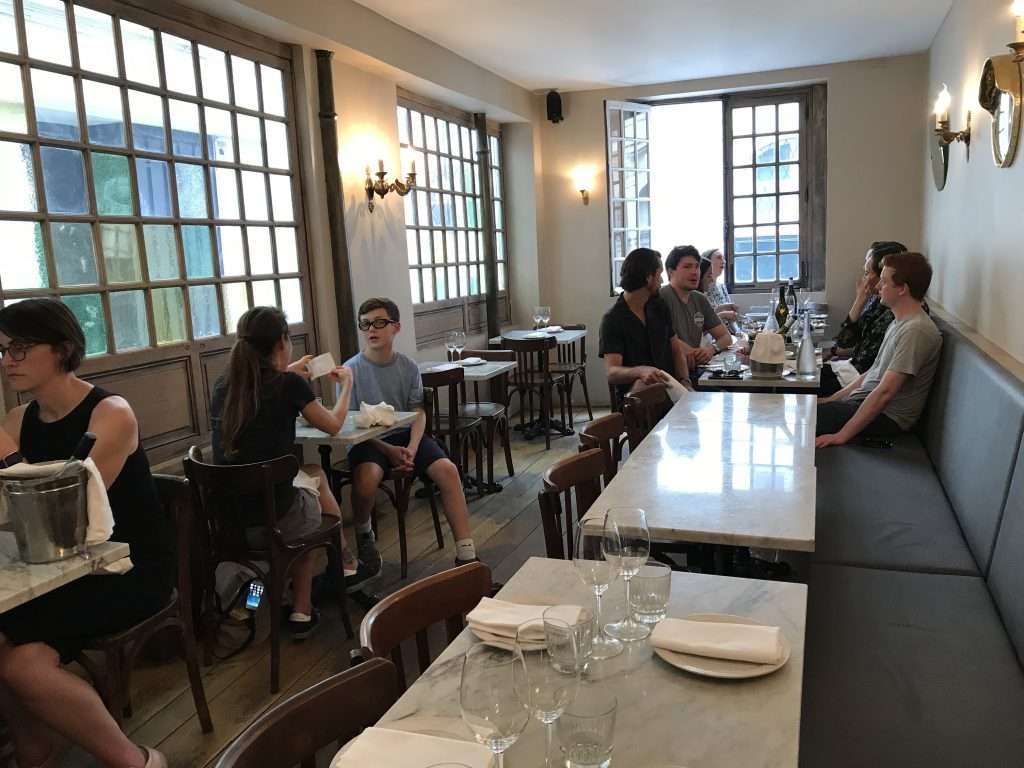 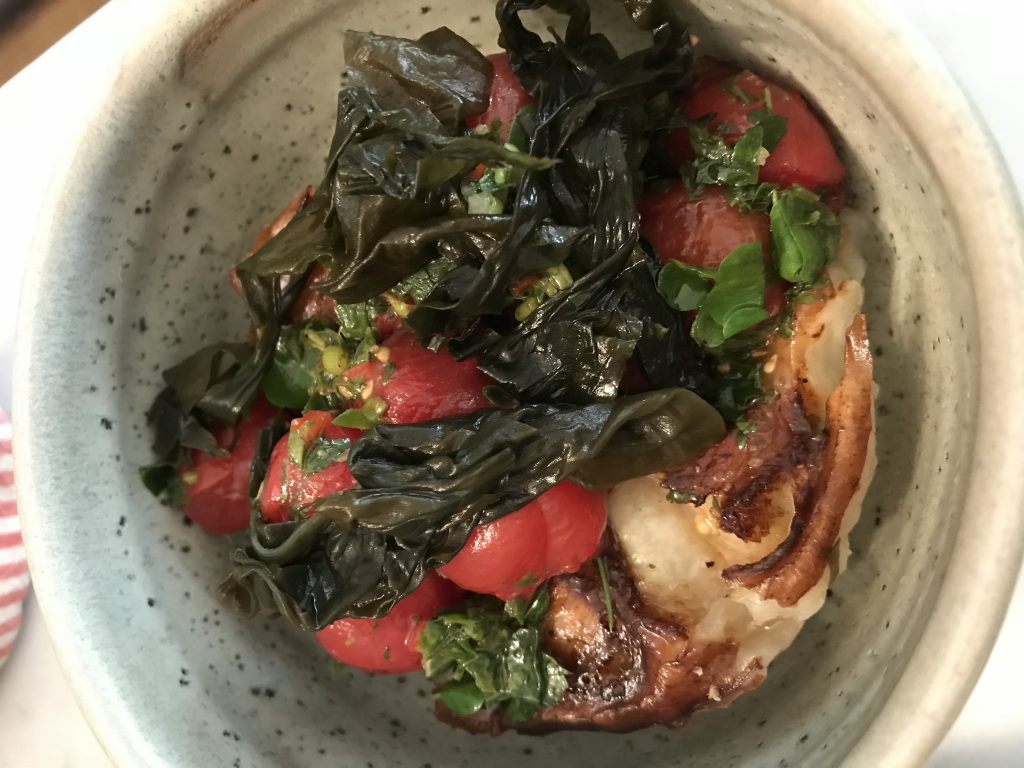 France is obviously known for all of their macarons, delicate breads and croissants. After tons of research, I knew Du Pains Et Des Idees was the one pastry shop to visit that wasn’t negotiable. I went probably a little too late in the afternoon to arrive to a bakery, so there were only a few things left, but thank goodness the infamous Les Escargots croissant sat there staring at me. My heart sank a little with no chocolate offerings so I added a fresh apricot pastry as well to the order. Luckily for me, the escargot made with pistachio and chocolate (who knew!?) was buttery, flaky, and just enough chocolate to make me kick my heals up with pleasure. You might call me a monster, but dig right into the center, get that chocolatey and gooey bite, and then eat your way out to the beautiful layers of hand laminated dough. 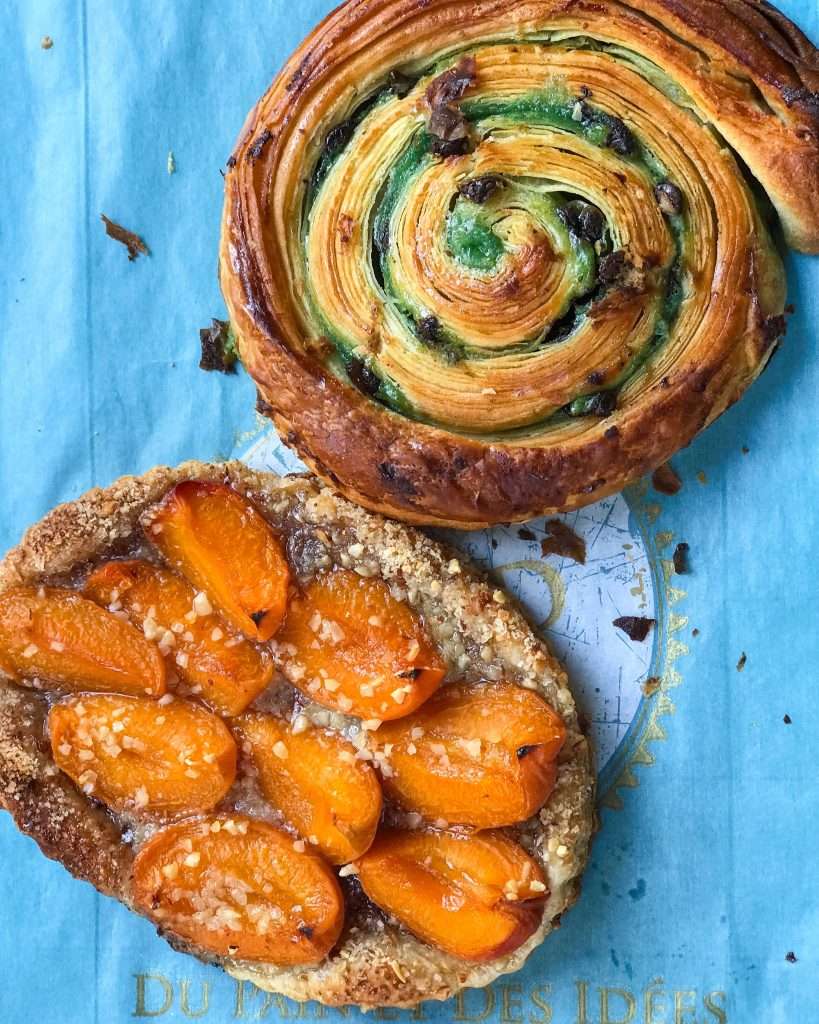 This place resembles Dominique Ansel a bit for me. The packaging is perfect, it almost looks like a museum for pastries, and everything is quite delicate and intricate. I spent 10 minutes asking questions and trying to figure out what everything was, but I went with the staff’s choice of picking the Grand Cru Vanille over the traditional Paris Brest. This was made with vanilla bean, crunchy duja vanilla, vanilla sponge, creamy black vanilla filling, white chocolate and vanilla mousse and wrapped up in a pink box like a diamond. Head up to Le Bon Marche after for some shopping! 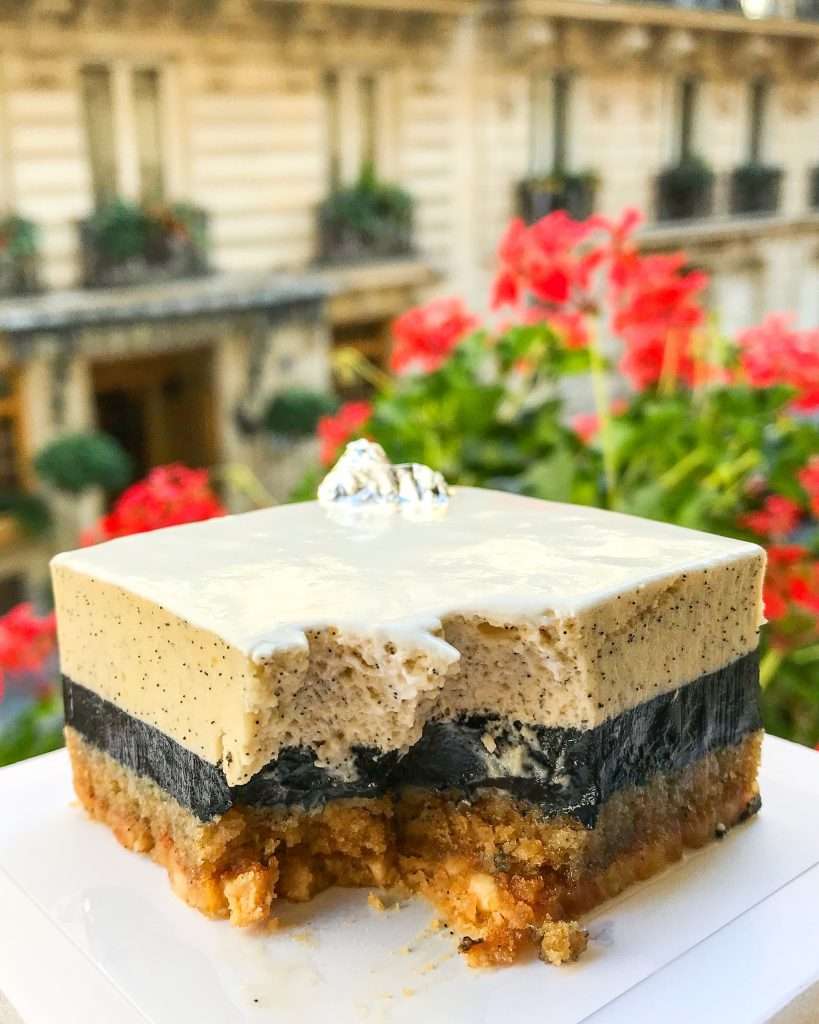 Other restaurants and bakeries on my list for next time that we didn’t have time for!: 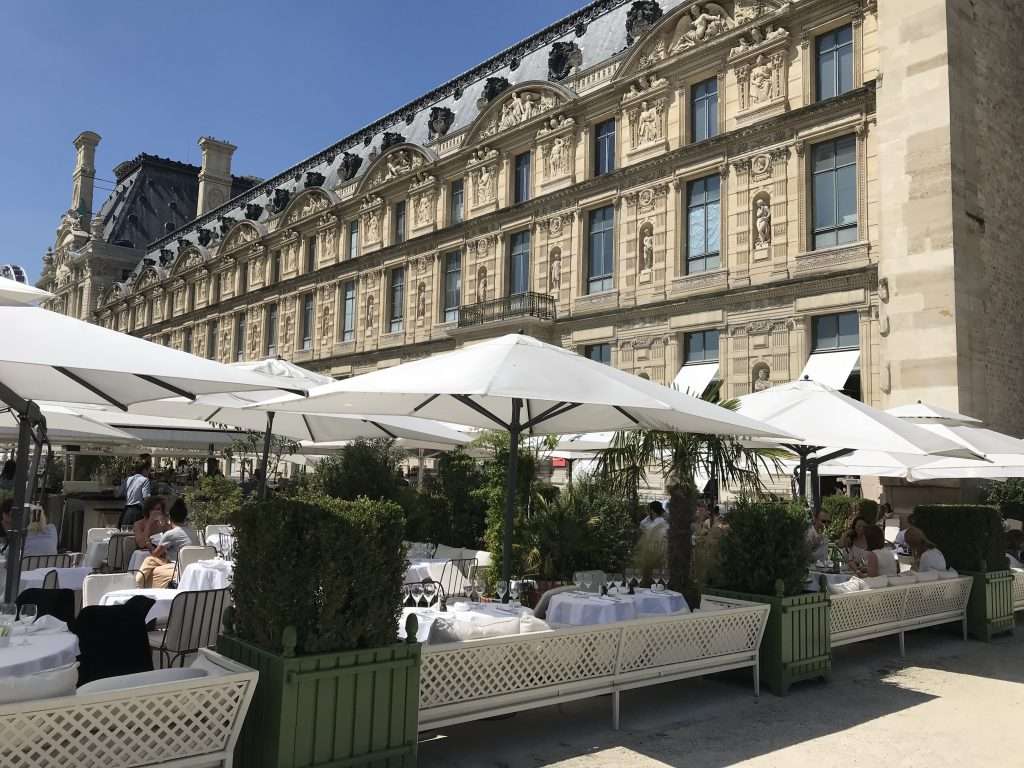