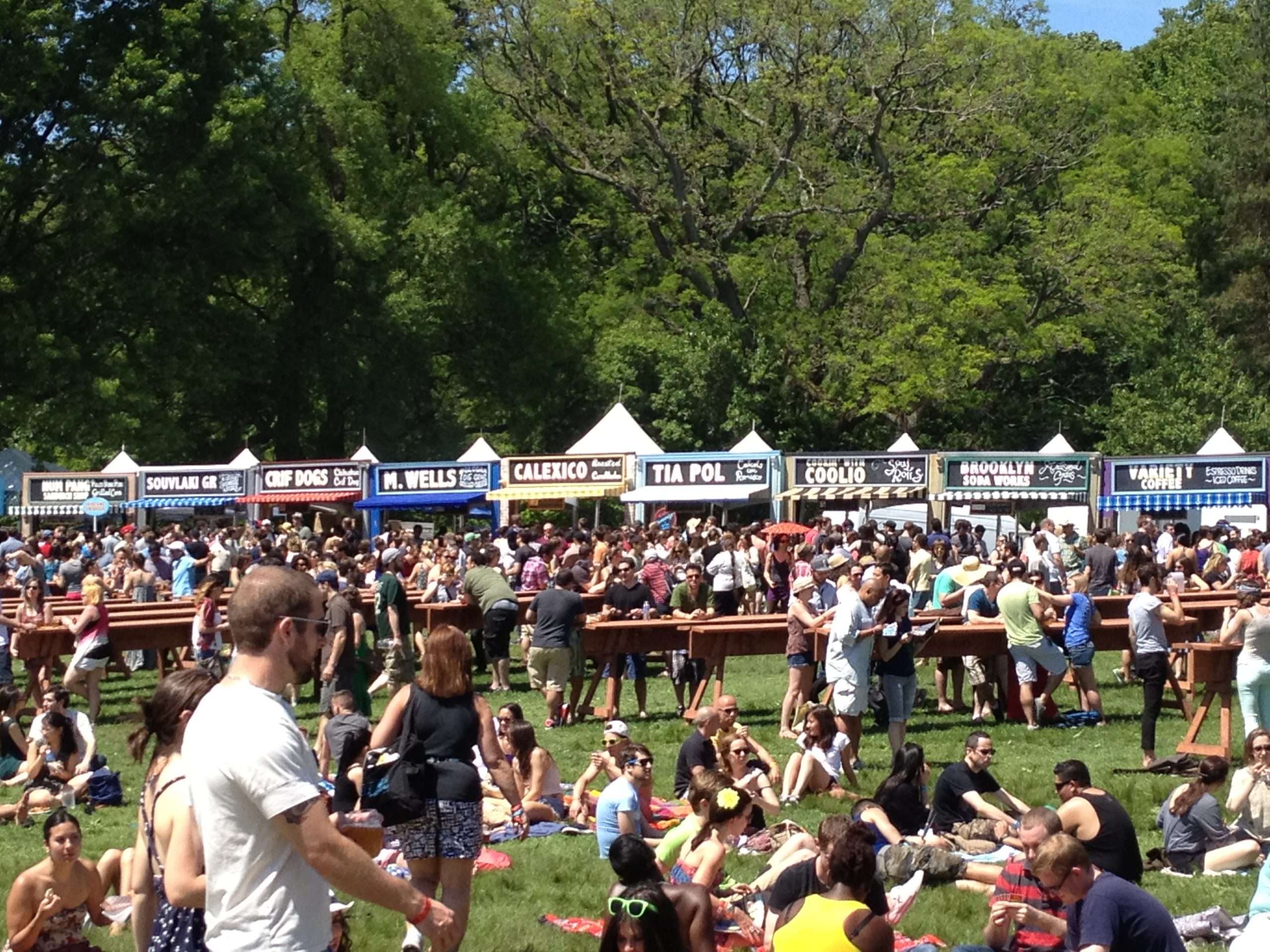 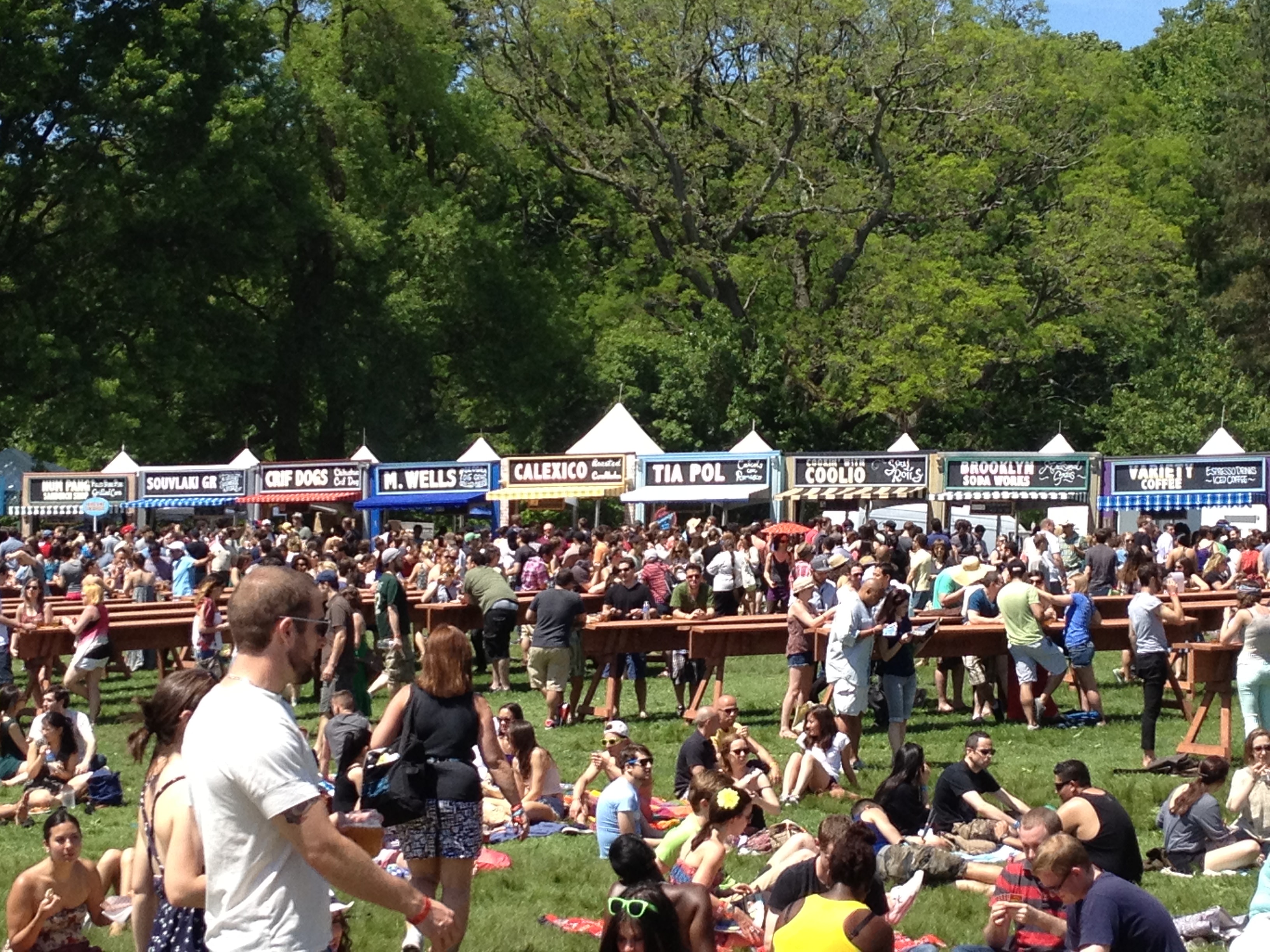 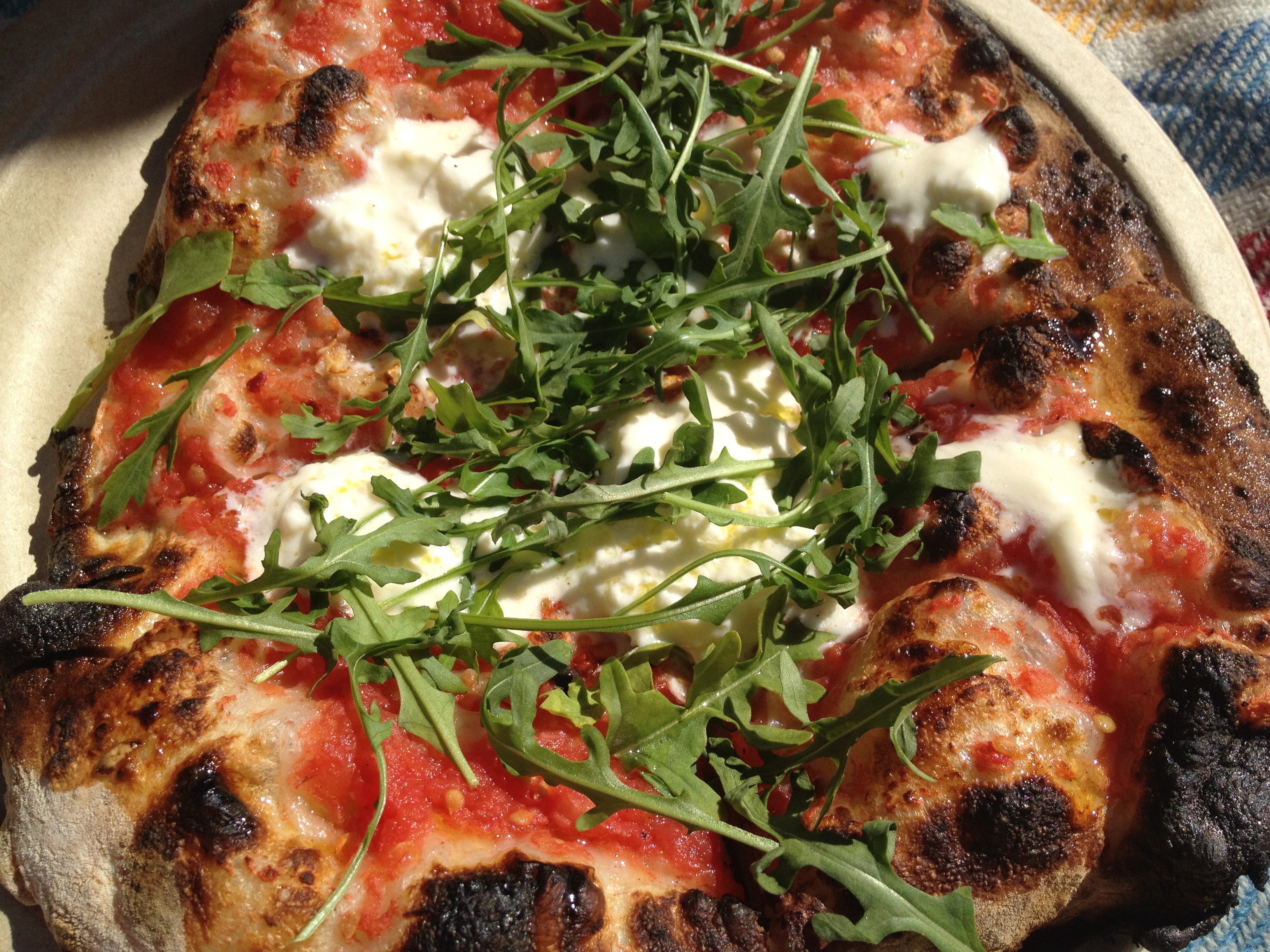 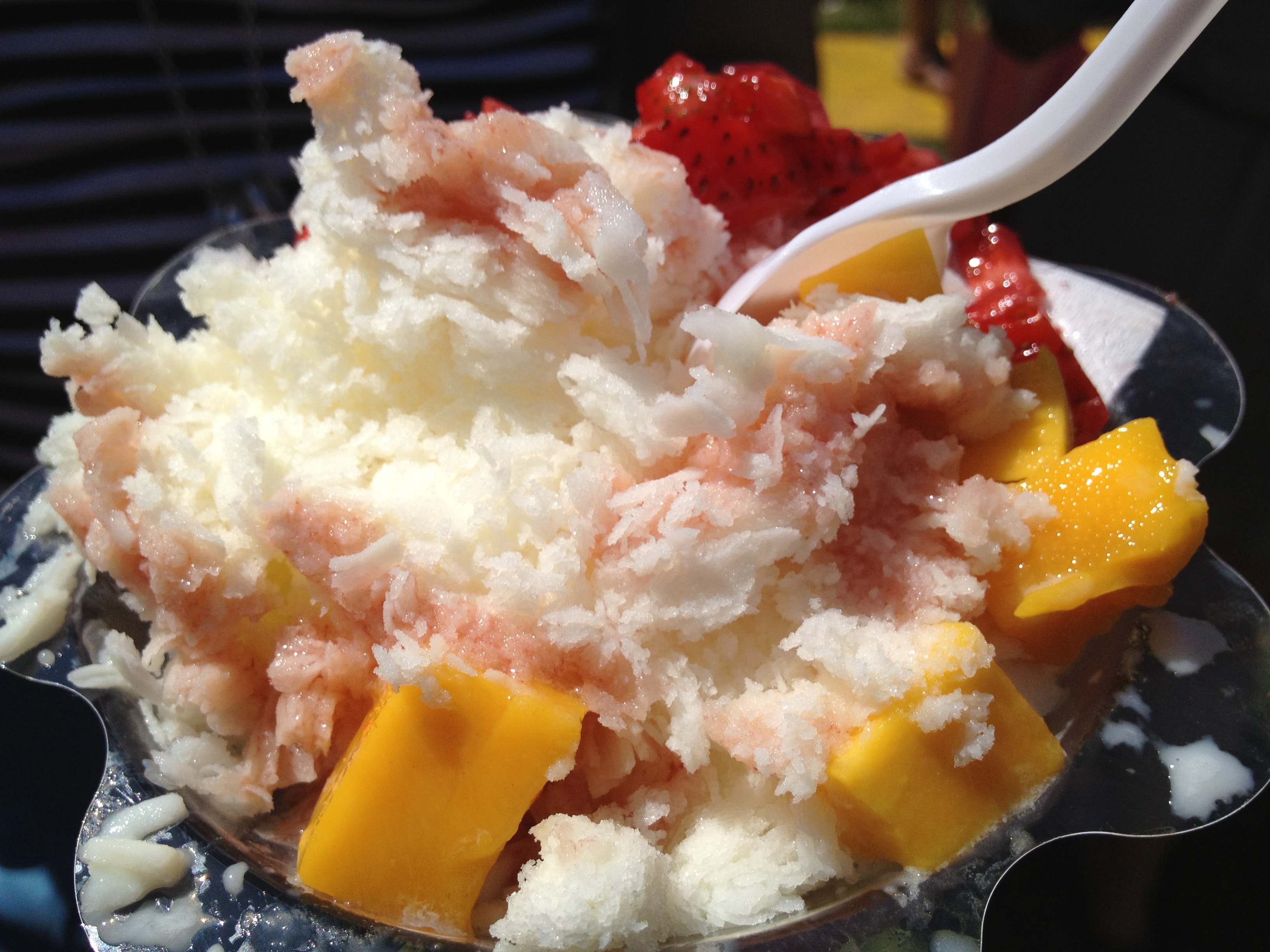 Superfly, the production company behind Bonaroo, Jazz Fest and Outside Lands, brought the free-admission festival, The Great Googa Mooga, to New York this weekend at Brooklyn’s Prospect Park. It was an “amusement park of food and drink” providing food from some of Manhattan’s and Brooklyn’s best restaurants. Pizza, burgers, tacos, bacon, lobster rolls, fried chicken banh mi’s, shaved ice, ice cream cookie sandwiches were all available in tents from restaurants  such as: Luke’s Lobster, The Spotted Pig, Co.,  Joseph Leonard, Melt Bakery, Blue Ribbon and Calexico. Famous chefs performed live demonstrations at different stages such as ABC Kitchen’s Dan Kluger who spoke about sourcing local ingredients while meat maker Pat LaFrieda did some hamburger grinding. All the while, Holy Ghost! and The Roots, Fitz & The Tantrums and Hall & Oats danced their heart outs, singing above the crowds in the sunlight on the main stage.

If you wanted to go above and beyond to another level, you could purchase tickets called “Extra Mooga.” This gave you access to a range of private tents with all you can drink wine, beer and cocktails and eats such as: Tertulia’s paella, Pat LaFrieda Burgers and Umami Burger (from CA). Also, back there industry notables spoke, performed cooking demos and participated in Q&A’s. Think Chef Morimoto breaking down a whole tuna, Anthony Bourdain answering guest questions and dropping the F-bomb every five minutes and Aziz Ansari, David Chang, Ruth Reichl and James Murphy on a panel.

Those that attended this food party on the first day, seemed to be a little upset because lines to get food were insane and ran out at by 3 p.m. Doesn’t everyone know lines are the name of the game when you live in New York City  (I mean we all have waited in line at Shake Shack happily). However, I only attended Sunday and I thought it was amazing to soak up some sunshine, throw back a sea salt brownie from Red Hook’s Baked, munch on a Marghertia Pizza from Jim Lahey’s Co. sip on some vino and nibble on some fried cheese cake balls. Fitz & The Tantrums rocked it out and Hall & Oats closed down the show with tambourines and a wild crowd. Not to mention the guy fist pumping to “Rich Girl” with the cow femur in his hand really summed up this food festival (see photo below).

Like they said, “Food is the new rock.” Can’t wait to see y’all next year and thanks for the free concerts! 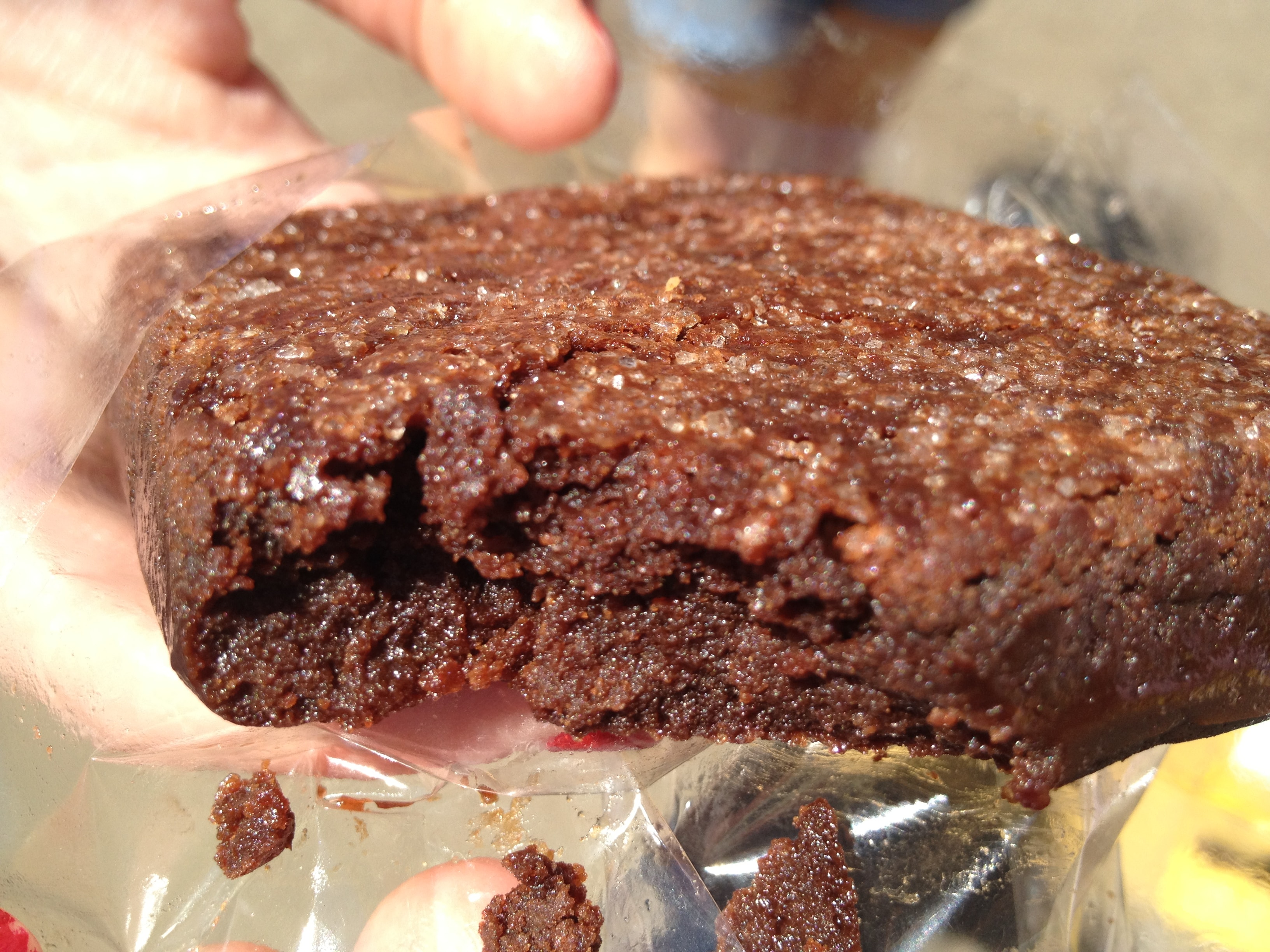 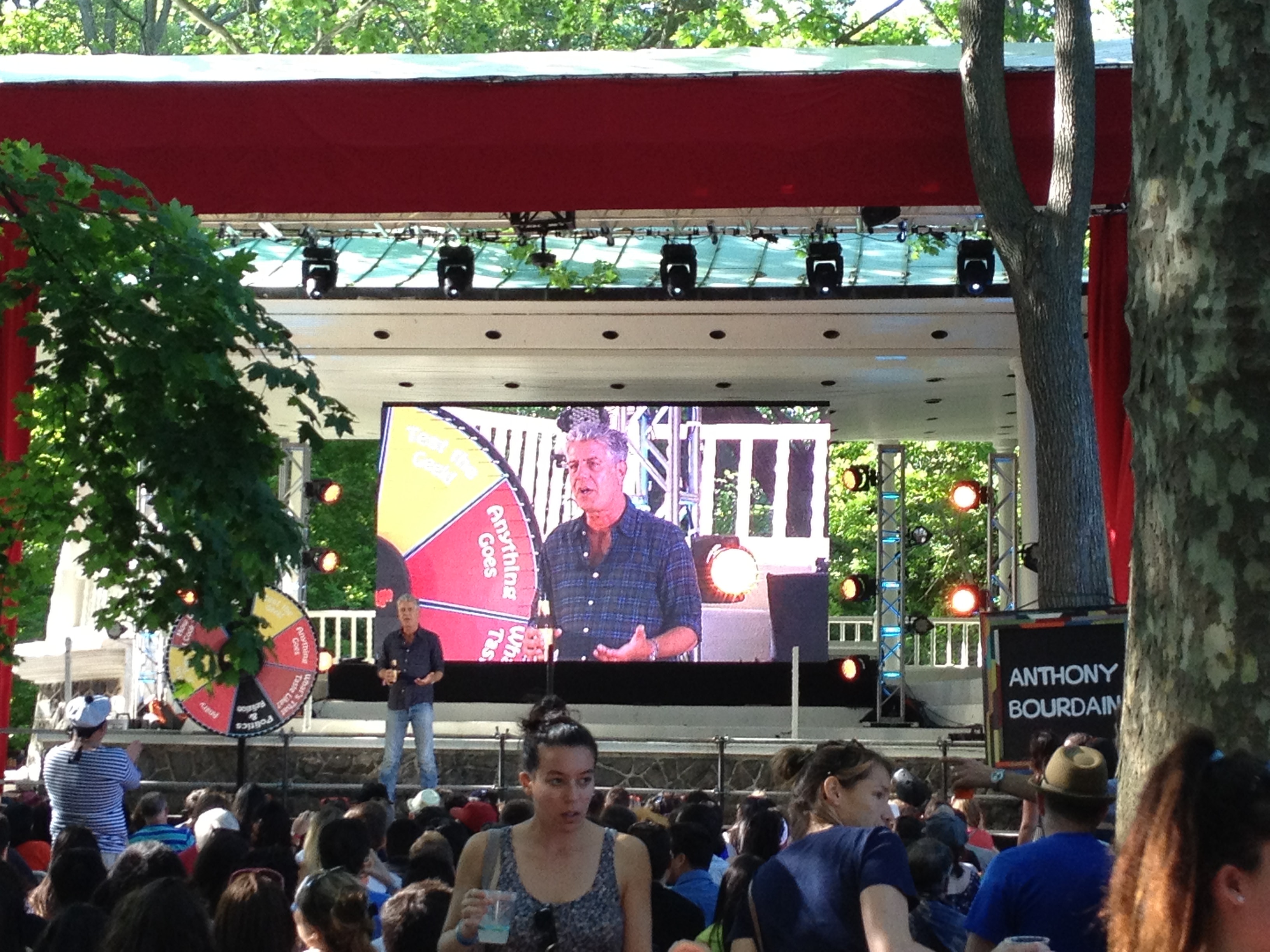 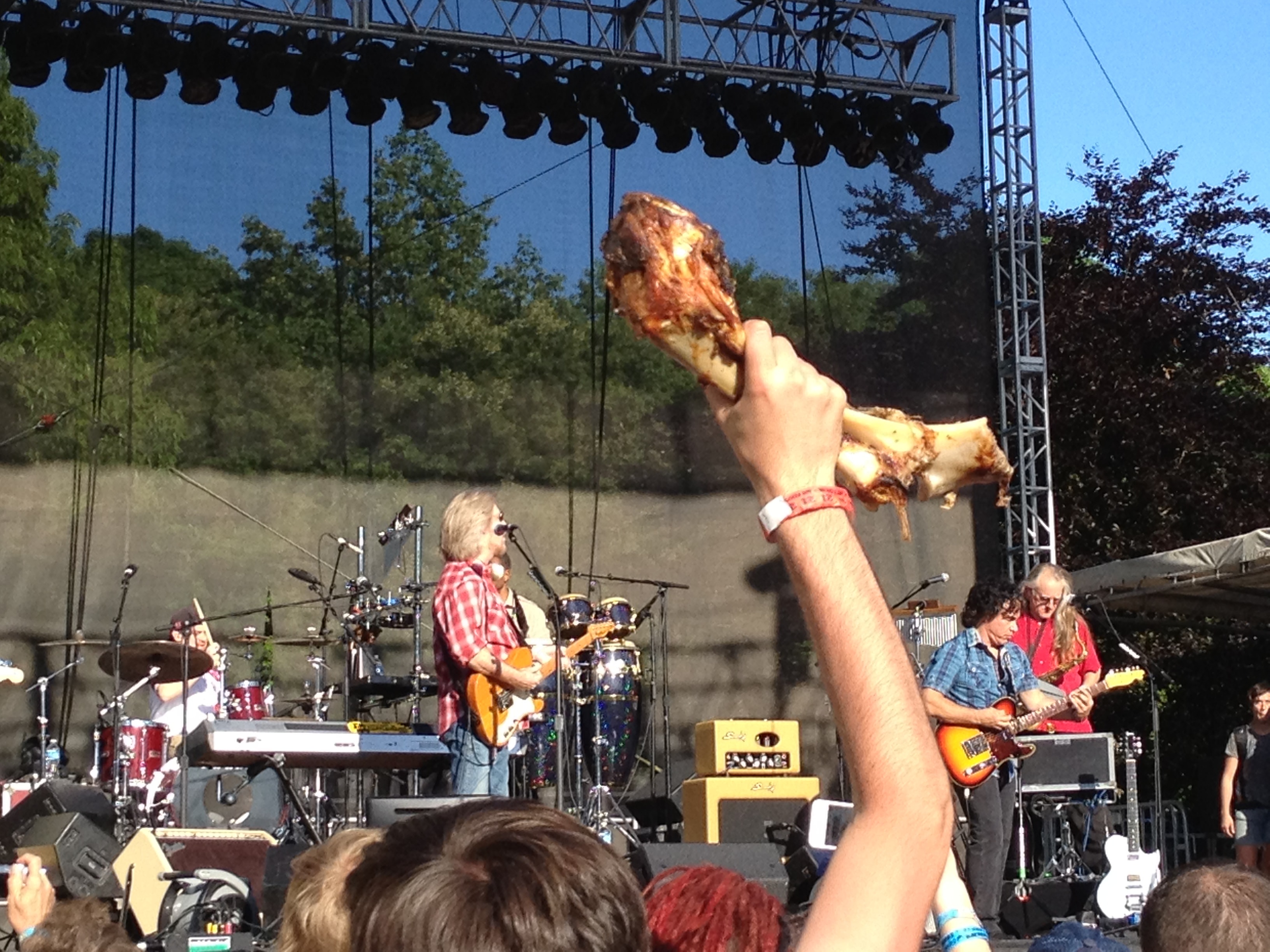 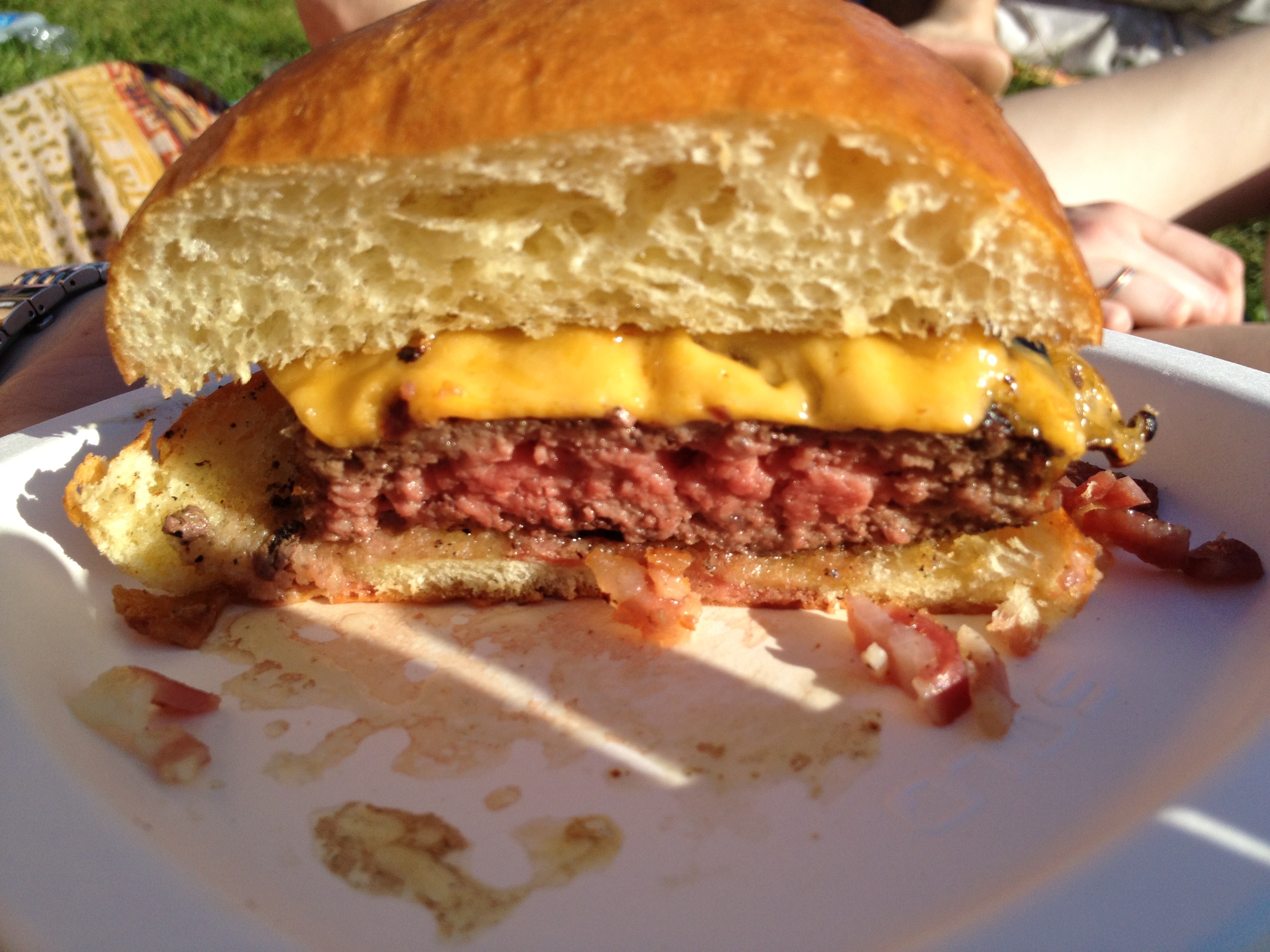