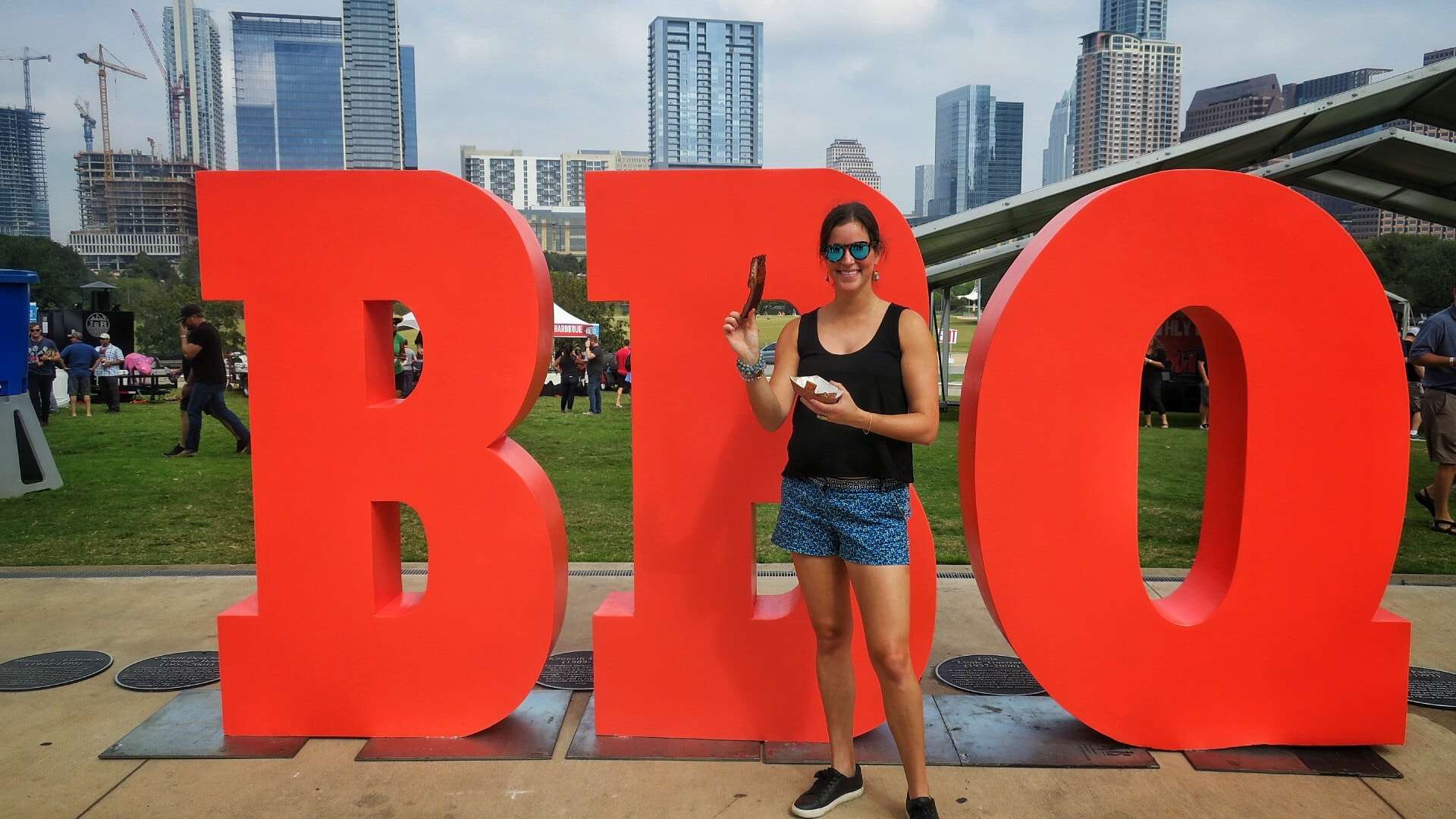 The 8th Annual Texas Monthly BBQ Fest took place this weekend at the Long Center in honor of their June BBQ issue where the staff names the Top 50 BBQ joints in Texas with a heavy emphasis on the Top 10. Luckily, this year, the sun wasn’t blazing and 90 degrees like last year (which gave me sun poisoning on my first day back to living in the state of Texas). I also might have had something to do with the fact that I waited in line for Franklin’s for 45 min in the heat on that hot pavement. Anyway, this year’s weather was much more bleak (although still warm), and it felt much better and easier to indulge in heavy, fatty, meats on the lawn. With over 30 restaurants out there, and only a few hours to attack, my first stop was, again, Franklin’s. While this was not my plan, I scored big time as my friend @TheSmokingHo was behind the table with Aaron taking photos, so he snagged me a plate of brisket and pulled pork. I usually skip pulled pork as I’m a ribs, brisket, and turkey kinda gal but this jolt of pepper was a great way to kick it off. My brisket was the most lean I’ve ever had from Franklin’s BBQ which I did know was even an option here. When I had my first sit down meal at the restaurant during SXSW, I didn’t know what hit me. It was the richest, moistest, bark-iest brisket I’d ever had, it kind of knocked me out for a day— but in a good way, of course. While I really enjoyed that, this leaner option I had at the festival was still flavorful with a good seasoning around the edges and just a tiny layer of fat. This caused me to rethink my whole philosophy about what makes the best BBQ brisket. 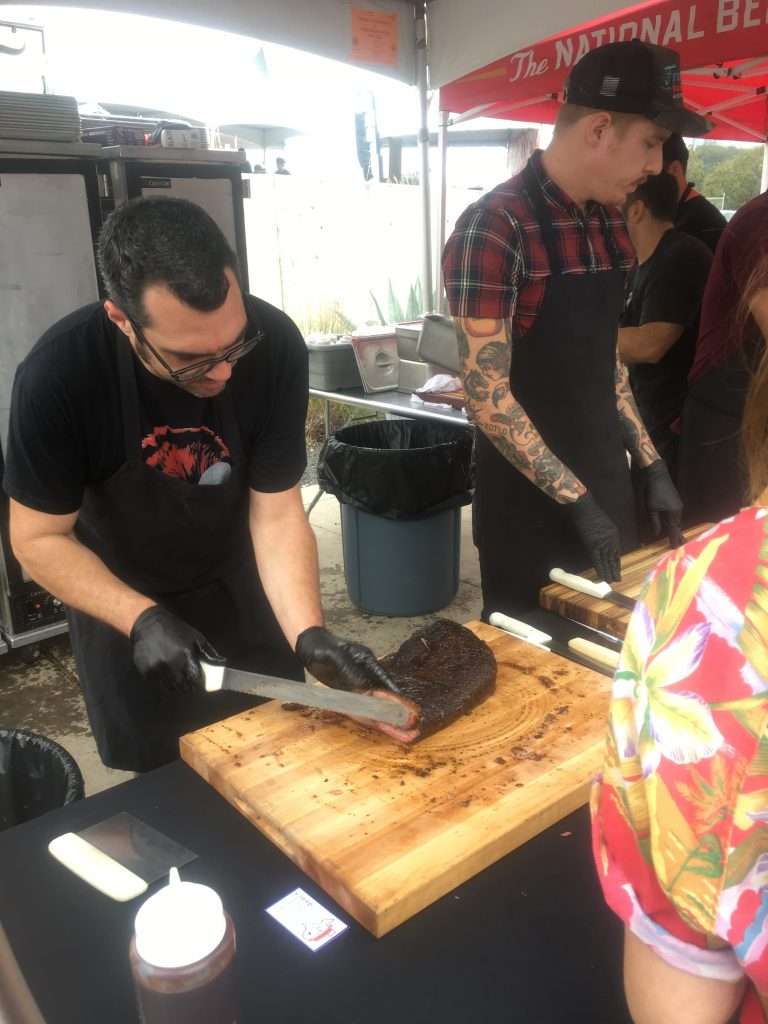 I’ve realized that it can be pretty rare to get the same consistency out of a brisket every time you go back to your favorite spot. While you can request a preference of fatty or moist vs. lean, it really depends what part of the brisket is being cut off for you (is it the end or middle?), who is cutting it, how long it was cooked that day, etc. Because I will say I have had “my favorite” BBQ at one spot one day and then when I’ve gone back at night, it hasn’t been the same. That being said, after eating at 10 of these spots today, some of the brisket really all started to taste the same, but when something stood out, it REALLY stood out among the rest. BBQ is an art and so much blood, sweat, and bones really goes into perfecting the perfect meat for our state. You never know what you’re going to get, but when you get that rich, juicy piece of brisket, you forget everything else that is going on in the world, for at least a second.

The Texas Monthly BBQ Fest is a fun family-friendly event where all the best pitmasters in Texas come to us in one day! With 4 hours of meat eating activity, you’re bound to be full the rest of the day. This year was such an improvement from last year with open picnic table seatings with umbrellas vs. long communal tables under a tent, the Peterson Brother’s performed, and all of the meat was superb!! This event is the best way to eat around the world of Texas BBQ in just a few hours without having to drive anywhere. 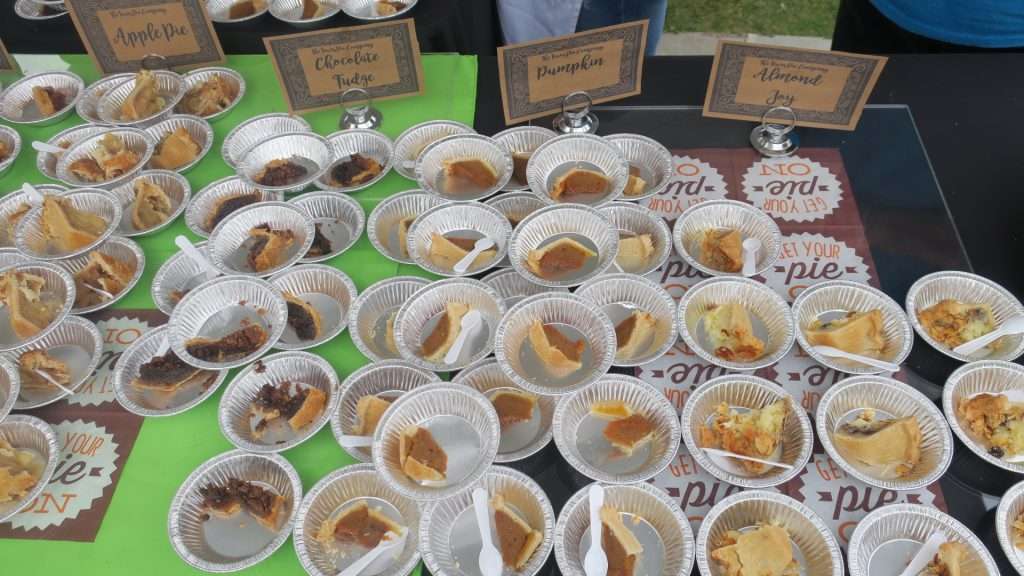