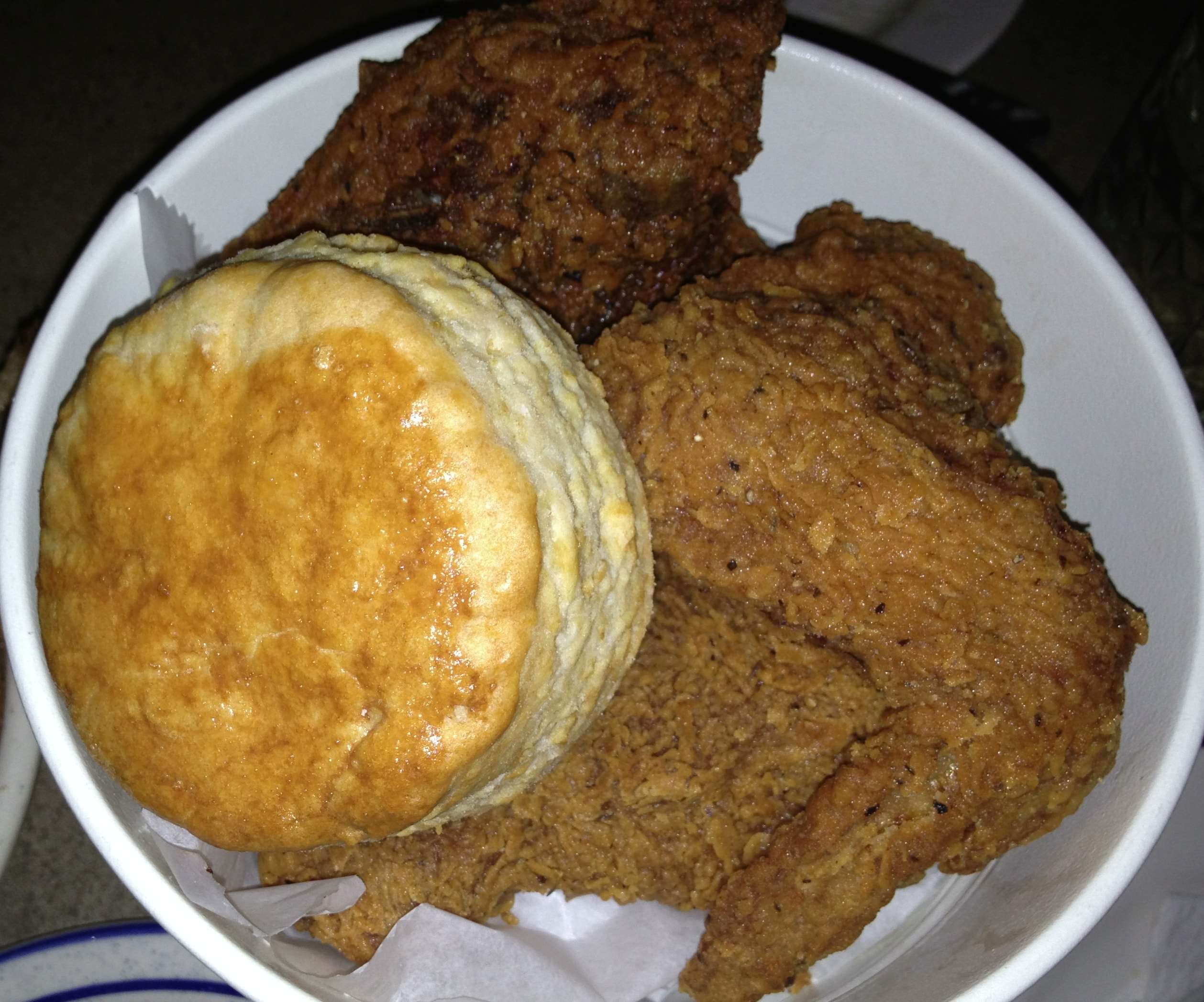 Sweet Chick is Brooklyn’s newest Fried Chicken & Waffles joint to inhabit the island. The spot is right on Bedford placing it in the middle of the scene in Williamsburg. The restaurant is super casual and makes for a great spot to grab some Southern food and a cocktail at anytime of day. I love the table by the window because you can hang out  even high five people walking by, make a few new friends and entice old friends you see walking by to try your cookies in a jar (yes, that happened). It’s a super social spot. There is a cozy bar and a communal table that makes up the center of the restaurant. The menu has so many comfort food options that it’s hard not to over order.  The Mac & Cheese (2nd pic) starter is unlike any I’ve ever tried. It tastes a little bit sweeter than the common rich, pungent, cheese flavor which must be due to the buttery ritz cracker toppings. While I do prefer the cheesier taste, I  love that they choose to use shells. The Kale B.L.T. Salad should be called a “Knife and Fork” salad. There are thick slabs of bacon criss crossed over the leafy greens. Although the salad looks like it’s doused in white, creamy dressing, surprisingly it is not overpowering or too heavy. You’ll like this one. 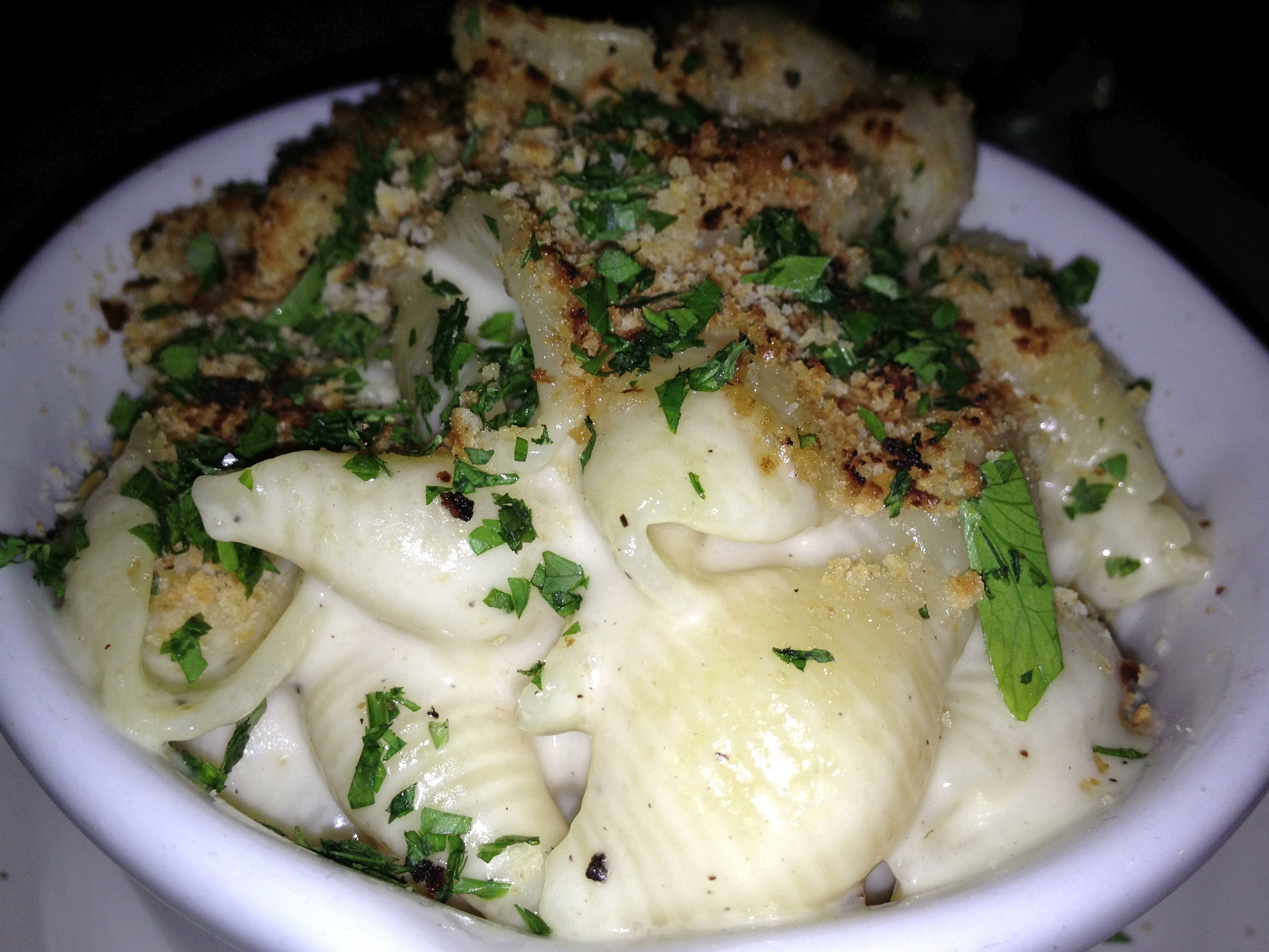 The Fried Chicken Bucket is a smart deal when wanting to try a bit of everything. It comes with several chicken pieces, a biscuit and collard greens so you don’t have to  worry about picking and choosing. I have to say, I was extremely disappointed in the chicken. While it was cooked just right and not too greasy, the flavor of the skin is not good. The spices it is dressed in were overpowering with paprika and  thyme making it really intense. Everyone raves about this chicken so I was really sad and it even crossed my mind that something wasn’t right with the recipe. The special Fried Chicken & Waffles dish that evening happened to be General Tso’s which is very creative. 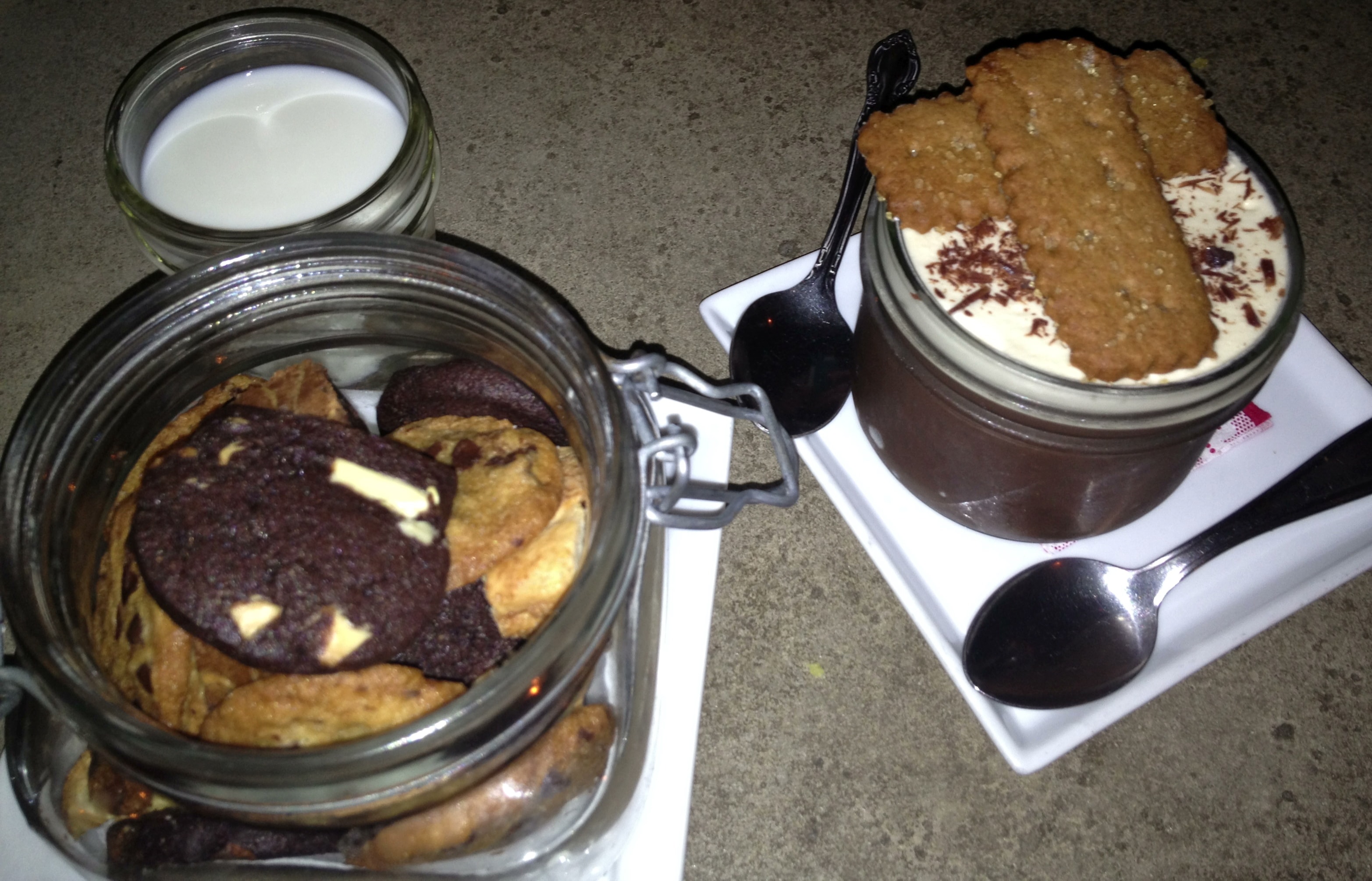 The Hominy Brussels Sprouts had that weird spice mixture kick going on as well, but the addition of the raisins lightened it up a bit. On a different note, the biscuit and side of cornbread are awesome. The carbs really shine through. The cornbread is soft and tastes almost like cake. I loved it. The cocktail menu is pretty sharp as well. I’m obsessed with the signature Sweet Chick cocktail which is Bootlegger Vodka, Watermelon and Lemon Juice served with a spicy brown sugar rim. It tastes like summer in a glass and so fresh.

The dessert options are ridiculous and  hard to choose from- especially with their added specials of the day. The Double Chocolate Pudding in a jar filled with Chocolate Cake, Vanilla Bean Whipped Cream and Graham Crackers is one of the best desserts I’ve had at a restaurant in a long time. The chocolate flavor is so rich and the cake chunks are dense and a perfect pairing with the creamy pudding. It’s my favorite thing I ate. The Cookie Jar is also adorable and served with a side of milk. The jar looks endless of mini cookies but the real gem is the chocolate caramel brownie.  While Sweet Chick is raved for it’s Chicken & Waffles, I was not impressed. Stick to coming here for some great company, amazing cocktails and delicious desserts.