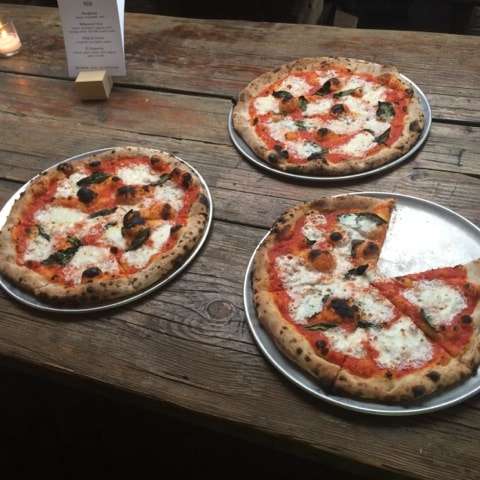 Some of you know Roberta’s Pizza as the Bushwick pizza spot where Marni and Charlie from HBO’s Girls break up, but the best of you know that Roberta’s is the laid back, casual pizza joint in Brooklyn that has its own farm and up to two hour dinner wait. They also have an amazing outdoor garden and a an actual gardener who chooses which plants and herbs are grown to be used on the menu. They have yellow strawberries, chamomile, edible flowers, apple trees, pear trees. Roberta’s have been growing their own food for six years which also helps cut down costs. This summer, Lexus Culinary Masters hosted an event in the back garden to induct Chef Carlo Mirarchi into their Culinary Master team. Popular LA chefs Jon Shook and Vinny Dotolo of the raved about Animal and Son of a Gun flew in and prepared some amazing apps in his honor. Having access to all three of these chefs dishes simultaneously while frolicking around an outdoor garden with fresh thyme cocktails made this one of the most memorable events I’ve ever been to. 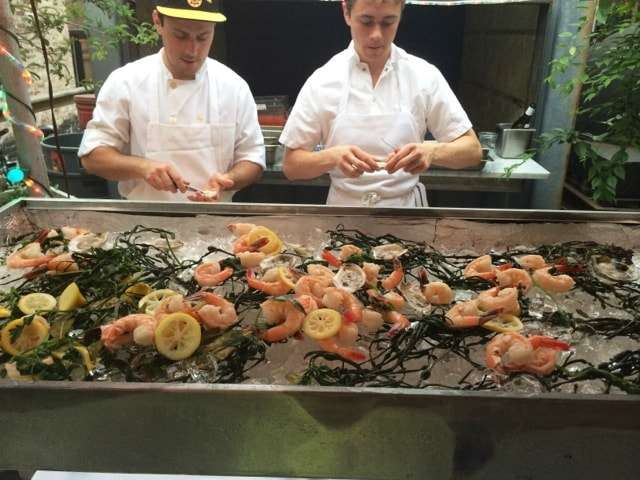 Roberta’s was firing up pizzas on the wood burning oven and tossing them on a table up for grabs. While the Margherita Pizza looks like any other marg pie you’ve had, it’s not. The crust is perfectly crunchy yet a big doughy for good measure. The fact that a slice fits firmly in your hand without bending, folding or dripping anywhere is also a plus. The sausage pizza adds a kick with it’s spiciness. My favorite that I’ve had though is the Bee Sting – think honey. The raw bar (yes there was a raw bar to add to the game). The most giant shrimp cocktail I’ve ever seen in my life made my eyes pop out and I found myself standing at a table eating alone before I could find my friends to show them the treasure at the back bar. These shrimp  jewels along with the oysters that were being shucked before our eyes won the MVP for the night. 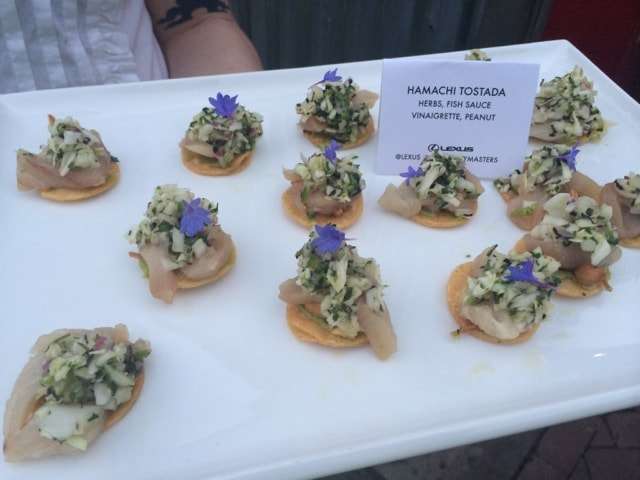 Animal brought their game as well which is very hard when they don’t have their own kitchen. Mini lobster rolls on the butteriest bread ever kicked off my first lobster roll of summer. Their special trick is using tabasco which is why it looked a little pinker than usual. I loved the Hamachi Tostada with herbs, fish sauce, vinaigrette and peanut. What a great crunch that is.  It was very seafood focused despite the name of their restaurnat but maybe thats because Roberta’s was roasting their own entire pig on a “skewer” outside. Take a minute to look at that picture by the way. 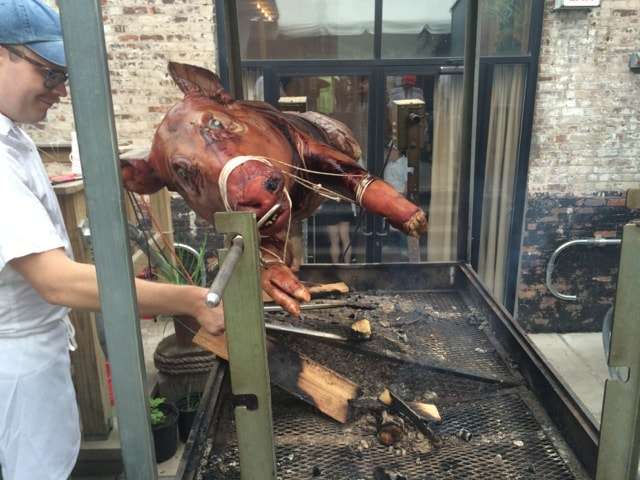 Overall, it was a fantastic event and fun to celebrate Roberta’s Chef Carlo’s induction into the Lexus Culinary Masters Program. Lets hope he has a new Lexus in his future as well! 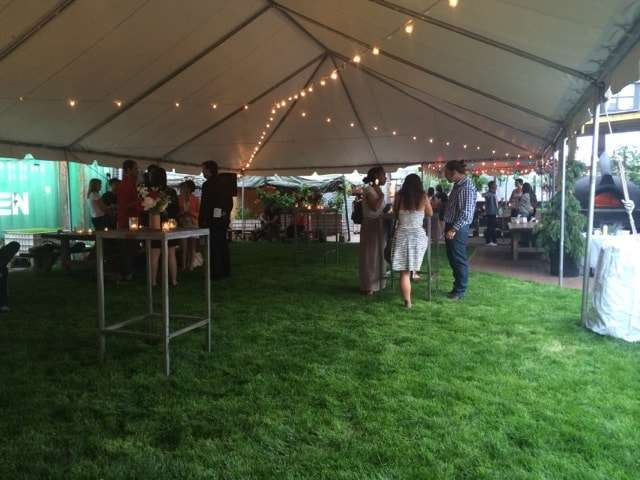