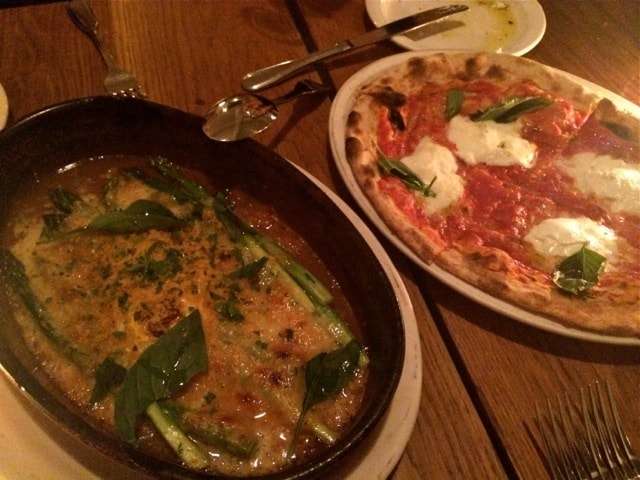 Peasant could possibly be the cutest little gem in Nolita that took me way to long to get to. The open air space couldn’t scream “best place for group dinner” any better and the vibe is bumping. Cool enough to make it and low key enough to attract all kinds of customers. The front waiting area is perfect for after work drinks, happy hour or a late daytime cocktail on the weekend. How could you not be obsessed with a restaurant that drops complimentary ricotta on the table with your bread basket? Ask for some sea salt and sprinkle it on with your bread and bam you have a dreamboat appetizer. 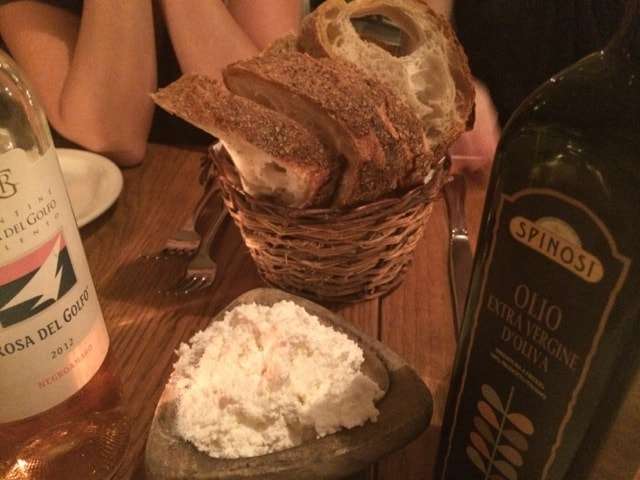 Ricotta
While Peasant is great for the young, old and trendy, the menu unfortunately has a few misses. The Seafood Salad is anything but pleasant. Especially in a city when there are so many good ones! This one is pretty fishy and unflattering. Do opt in to the Asparagus apptizer instead though. I think it’s safe to say I’ve never had a cheesy baked dish with asparagus. It’s as if it was supposed to be potatoes but they threw in some greens instead. This is a definite winner and genius idea. The pizza is also where it’s at. Split this with the table. It reminds me of the pizza in Europe. Very thin, flaky and little cheese. 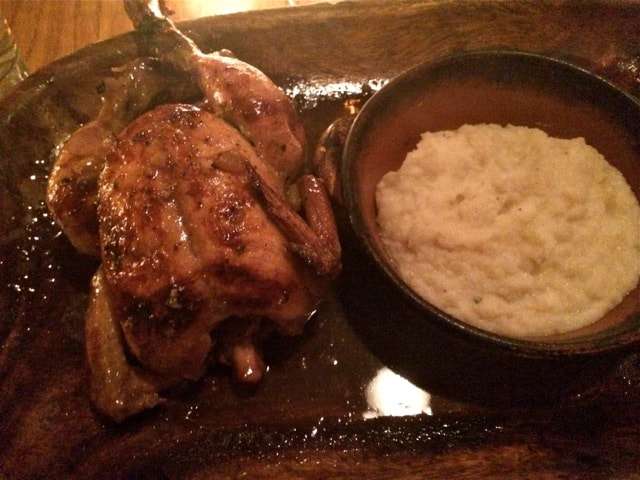 Baby Hen
Another miss was the Stuffed Hen. A bad choice. I did not feel good about this one at all and regretted every bite along the way down. Don’t get me wrong it’s not that it was inedible or disgusting, there are just so many better birds out there and the stuffing was too sweet for a savory dish like this. Something was definitely off.

Would I go back to Peasant? Yes, but I would only stick to the traditional Italian dishes. It’s too great of a space and feels so comforting and alive to rule out. It also won’t dent your wallet too hard. The other upside is you can get a reservation at a pretty solid time on a weekend for a party of 8. Stress free, care free, and free ricotta still pushes me to say yes to Peasant.