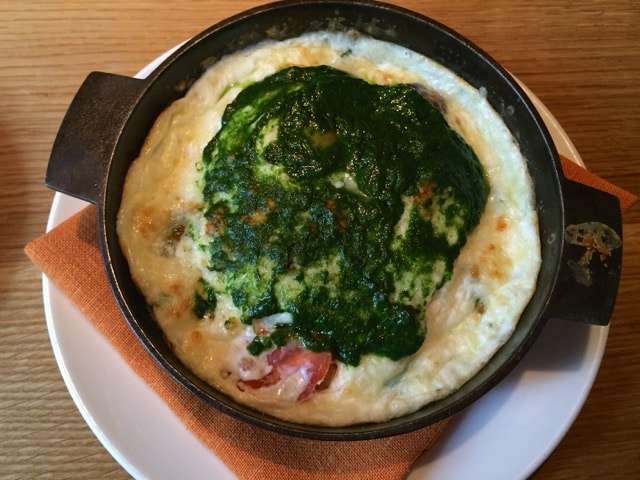 Narcissa at The Standard East Hotel has become quite popular for dinner and those rotisserie beets sure received hype when it first opened. The buzz came from Andrés Balazs himself, but also mostly because he grows the vegetables for the restaurant on his farm in the Hudson Valley. Don’t all of these New York restaurants get their produce from some local farm anyway? Like isn’t farm to table just a given? Anyway, Narcissa’s brunch is my most excited gem to discover so far this year. We all have our circle of brunch spots that we frequent, and I am overly ecstatic to include this one with the benefit of easy reservations and minimal wait times! Another little secret, it’s better than dinner (shh).

So, French Toast Bites are a thing and no, not just at Auntie Annie’s in the airport. These elaborate sticks for the table could easily be your entree if you are a french toast fanatic have no shame in ordering one for yourself. They are four outstanding fluffy and dense sticks stacked on top of each other with powdered sugar. Heavenly. Other sweet offerings include: Box of Donuts, Ice Cinnamon Buns and Waffles. I do need to check out that Biscuit with lavender-honey butter and if it somehow outdoes the French Toast, well, then that’s just impossible. 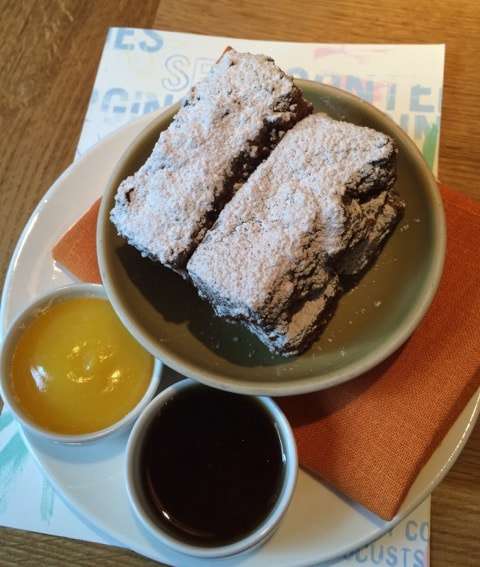 French Toast Bites
The “Farm Eggs” section are extremely well-rounded with your choice of Poached Eggs, Benedicts and Frittatas. The piping hot Frittatas are served in none other than a perfectly round skillet keeping the edges of the dish crisp and the inside perfectly together and hot. The Egg White Frittata with Spinach, Shiitake Mushrooms, Fontina and Tomatoes kills is one of the most friendly egg dishes I’ve ever had. The cheese is baked throughout and you can’t even see it, but you sure can taste its comfort. The addition of the pesto on top couldn’t have been a better idea. It’s garden like, healthy, inviting and nothing short of awesome. For those looking to go a little heavier you can try the Broccoli & Bacon Frittata with Cheddar or the Kale & Feta Frittata with Ham and Potatoes. They’ve got you covered on all sides of this Frittata Skillet game.

The dining room is pleasant. It’s not as scene as the West Side Standard Hotel, and it’s extremely fitting for the East Side. Narcissa is officially included in my rotation of brunching, and it should be in yours immediately.