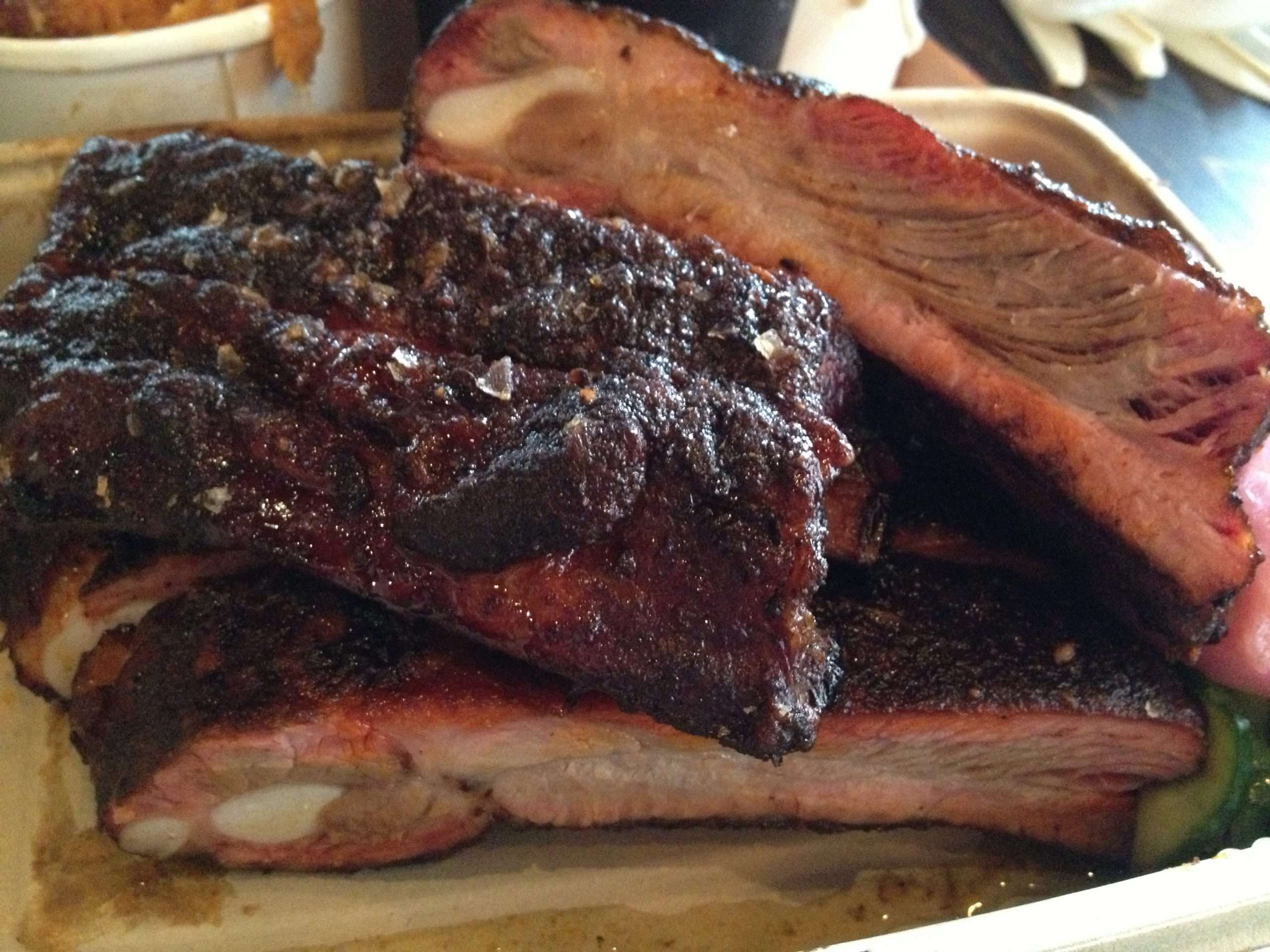 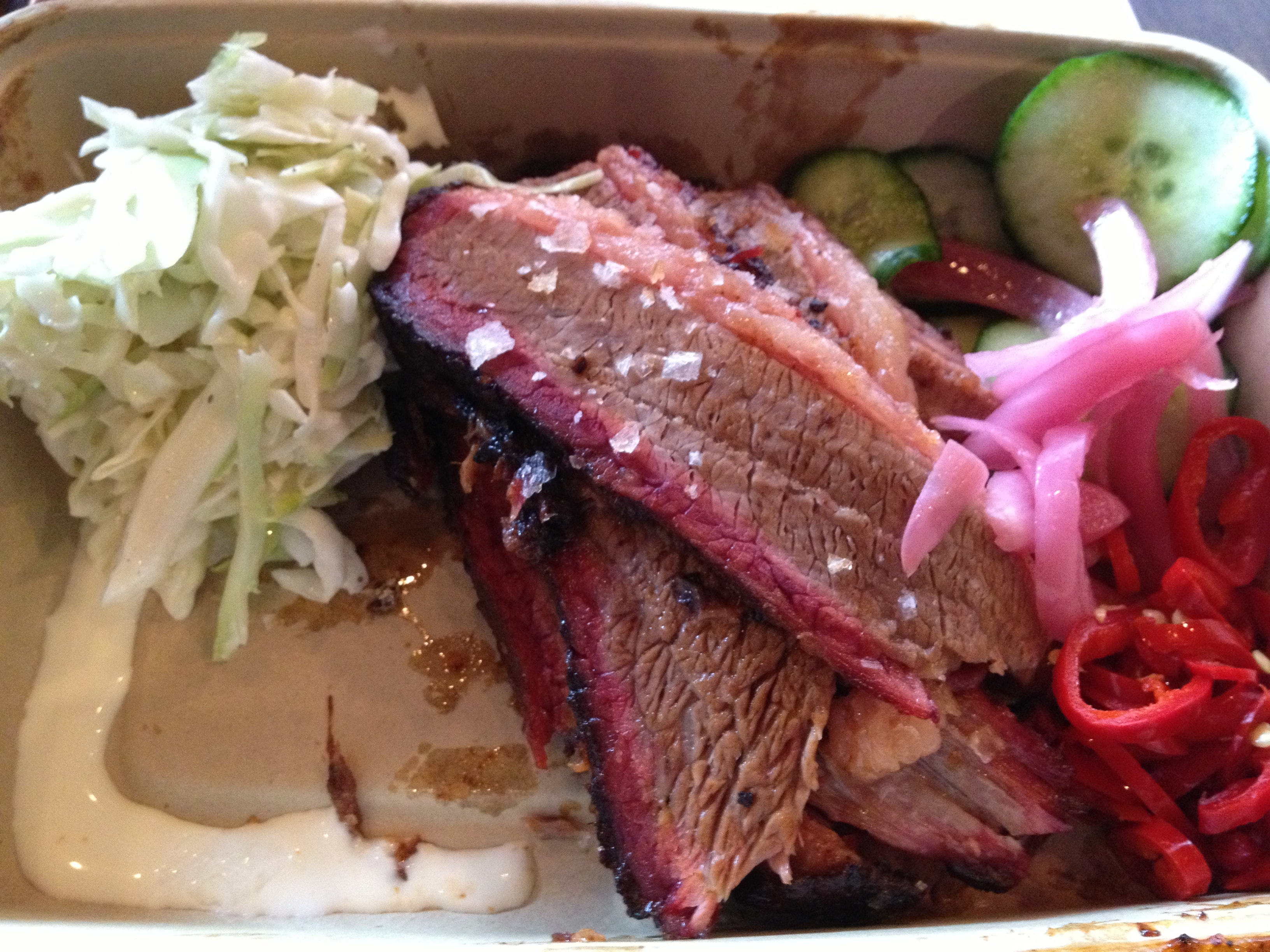 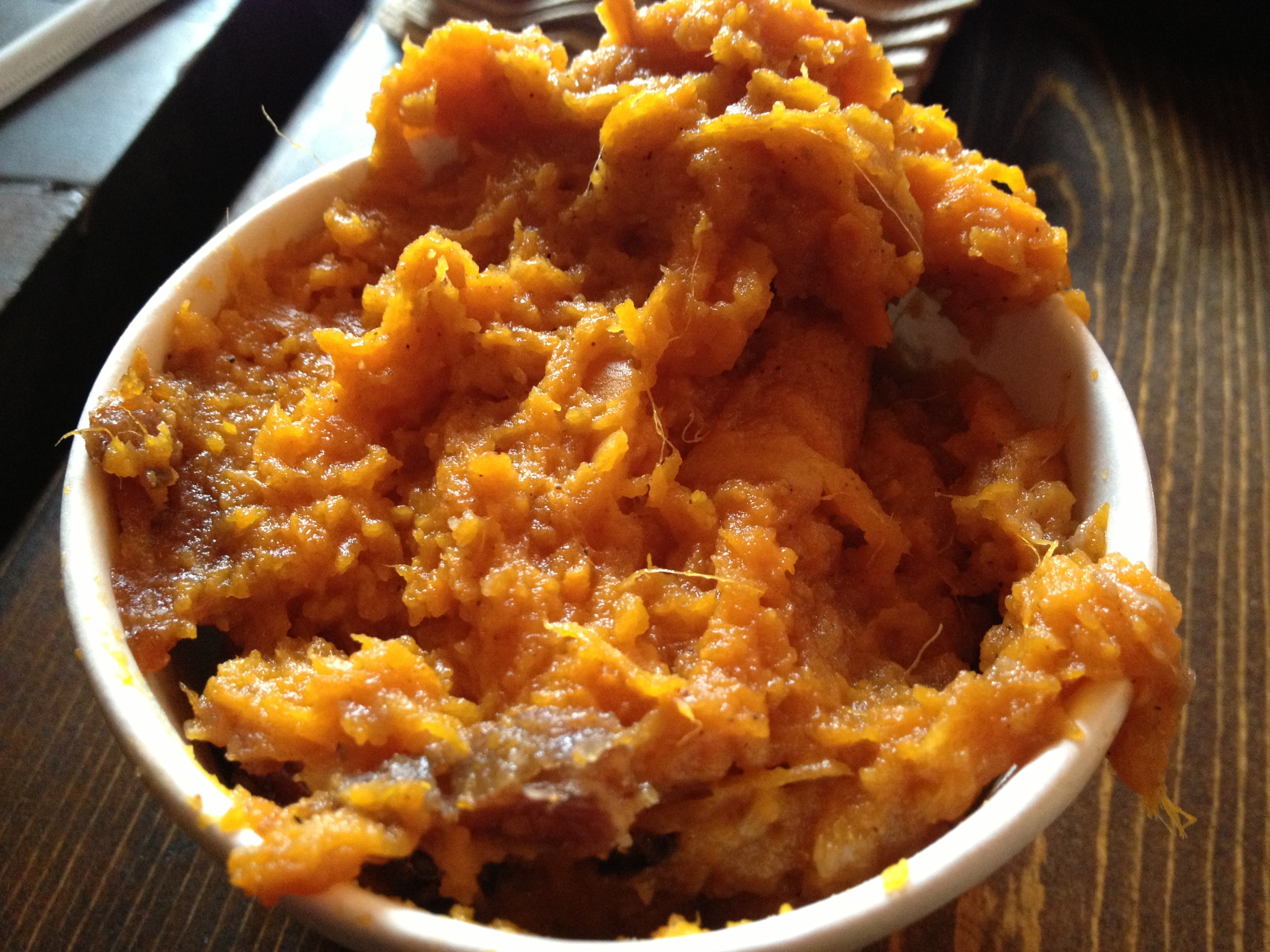 So if you haven’t noticed, everyone is opening up BBQ restaurants in New York City these days and trying to perfect the legendary Texas smoked BBQ which I am totally ok with. With the recent opening of BrisketTown, Fletcher’s Brooklyn BBQ, etc. it seems like we are pretty covered. Growing up in Houston eating brisket sandwiches every Sunday from the one and only Goode Company BBQ, I have high expectations for the ‘cue. WOW Mighty Quinn’s tasted just like home and the larger customers wearing cowboy hats and jeans in the restaurant really made me forget I was in New York. The meats are slow cooked as no gas is allowed and the chef/owner Hugh Mangum is a fellow Houstonian who started his BBQ service at Brooklyn’s Smorgasburg before setting up shop in the East Village. The restaurant is counter service, so you line up choose your meats from Brisket, Pulled Pork, Sausage, Ribs to Chicken. You can get these in a single serving, by the pound or on a sandwich. Why waste room in your stomach with the brioche bread when you can just fill up on more meat instead? The line moves at a steady pace for lunch and seating is first come first serve. You can post up at the high-top stools that line the perimeter of the restaurant or snag a table.

The brisket is pretty lean, standard and traditional but still doesn’t beat Hill Country BBQ’s moist brisket. Not many restaurants in Texas even beat the brisket there. However, the ribs at Mighty Quinn are perfect and could trick a pitmaster in Texas any day as they taste exactly like anything you can find there (says my dad who is a BBQ expert). Even though I am not a pork eater on the reg, I accidentally tried the Pulled Pork at a Superbowl party somehow thinking it was Brisket, and I do have to say, it was one of the best things I’ve had. It’s tender, a little sweet and falls apart melting in your mouth. The crunchy, black skin coating which looks burned but isn’t is flavorful, juicy and what makes this cut so stellar.  I still can’t stop thinking about this meat which says a lot since I always prefer brisket. Now the Sweet Potato Casserole is another moment and conversation all together. The maple sugar crumble and crunchy pecans give it an amazing texture. I thought I was eating pie for a second which thank goodness they have this delicious side because they do not offer dessert. You won’t even want dessert after the fantastic meat and sweet potatoes. The Edamame & Sweet Pea Salad is a waste and the cole slaw and vinegar dipped cucumbers that come with your meat plate is much better. I am so overly impressed with Mighty Quinn’s selection and flavors and the BBQ sauce is pretty authentic as well. It’s very affordable with all single servings under $10 bucks and $3 for a small side so there is no reason you shouldn’t race over there immediately.  Mighty Quinn’s has made me start craving BBQ again. New York, you really have everything! 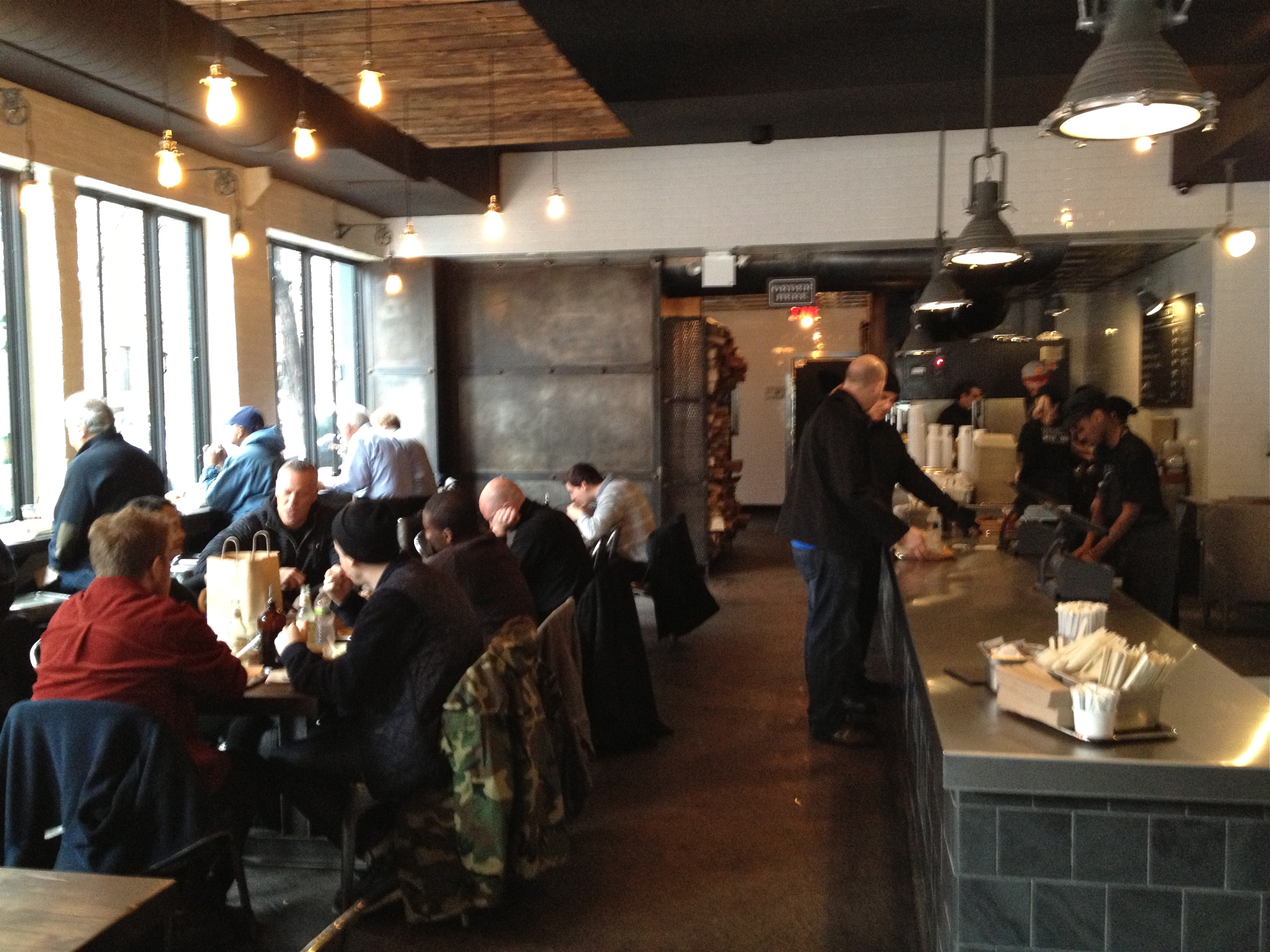