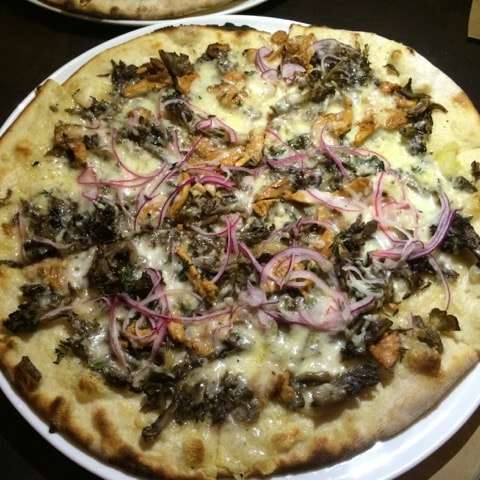 Danny Meyer’s new pizza place Marta is in the new Martha Washington Hotel not too far north from all of his other Gramercy hot spots. The chef Nick Anderer comes from his winning Italian restaurant Maialino whom you will see working hard in front of the two black pizza ovens at an open counter. The equation is simple: you go to Union Square Hospitality Group restaurant when you want to feel treated like royalty at dinner without any hiccups. Danny Meyer always invites you into his home thanks to the informative staff members and more than pleasant waiters who lend a hand in whatever you have questions about. The wine list here is absurdly awesome. The menu is cute in the way that it’s labeled on the outside as you open it one side is dedicated to white wine and the other red. It’s an endless list, and if you are a red drinker, go for one of the Barbera’s. There’s no doubt you’ll order a second bottle.

The ceilings are as high as can be, and the giant white columns by the entrance remind you that you are indeed in a hotel. It feels very presidential and D.C. like which may or may not be a coincidence based on the name of the hotel. If you took out the weird lounging seating next to the hostess stand which might as well be an abandoned stepsister to the room, it would feel more like that charming Danny Meyer restaurant. The bar on the other side of the room is indeed gorgeous and a nice spot to catch a drink in the neighborhood after work.

Onto the food. Yes, your table will be overflowing with pizzas at the end of the night, but do not sleep on the Green Risotto Croquettes with Mozzarella and Mixed Herbs just because you think you want to “save room” for other bread. These crunchy (not crispy) vehicles are a bite of heaven. Think of it as better carnival food that bursts with flavor and gives every Spanish tapas spot a run for its money. Although I preferred trying the Rabbit Meatballs that everyone has been raving about over these, I ended up being a bigger fan of the Croquettes. I guess there are too many other meatballs out there to compete with. However, the large ricotta cheese balls thrown into the sauce is a very good call and sweet garnish. 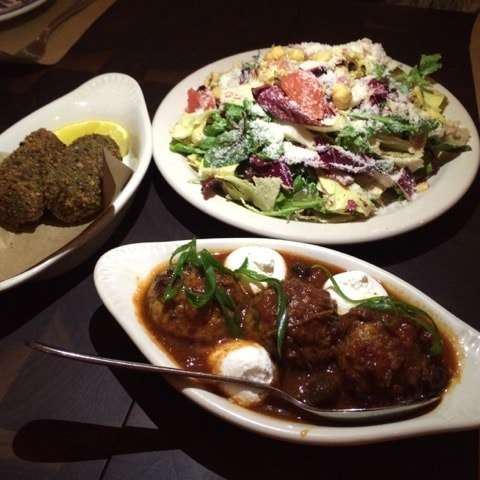 I will confirm that these pies are some of the best pizzas I’ve had all year. The thin crackery crust surprises your lips at the first taste, and it’s completely refreshing to see so much care for the toppings and ingredients than just reproducing what everyone else is doing out there. Having a crust this thin also prevents you from feeling like you need to let air out of your stomach after the meal. Somehow they still make the end of the crust a little fluffier while the back of the pizza is flatter. The Funghi Pizza will be on my list of Best Dishes of 2015 without a doubt. It’s those Hen of the Woods ‘Shrooms that take this up a notch along with the chanterelles, fontina, red onion and thyme. The amount of mushrooms cover almost each piece equally, so everyone gets identical bites and enough of this vegetable to indulge in. Although I usually go for tomato sauce based pizzas, we stuck to the Pizze Bianche side and also tried the Cavolini which is Brussels Sprouts, Cauliflower, Pickled Chili, Parmigiano. At one point I found myself switching back and forth between nibbles of the Funghi and Cavolini because I couldn’t decide which one I liked better. The similar texture of the thicker based cauliflower and brussels sprouts makes the pizza meatier in comparison with the thin crust. The pickled chili seals the deal. These would both be great recipes to copy at home for a new way to try and incorporate more vegetables into your diet. Because lets be real, who would ever want to cut out pizza living in New York City where it seems there are as many pizza places as people!

Marta changed my whole view on what pizza should be and that doughy is not the only way to go. I’m pretty sure Marta also just convinced me that vegetable pizza can be better than meatball pizza. Props to you! 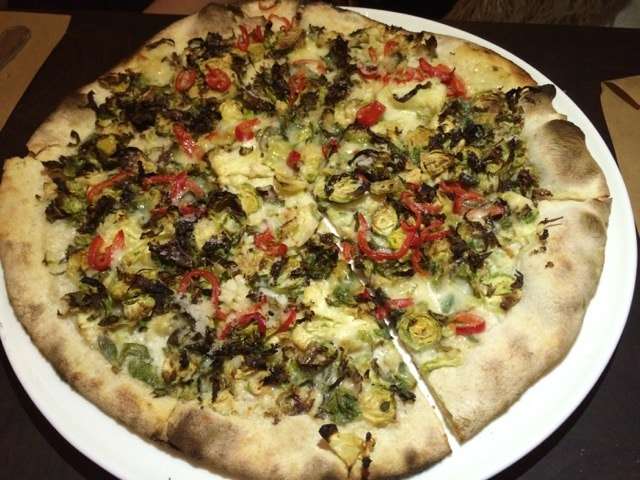