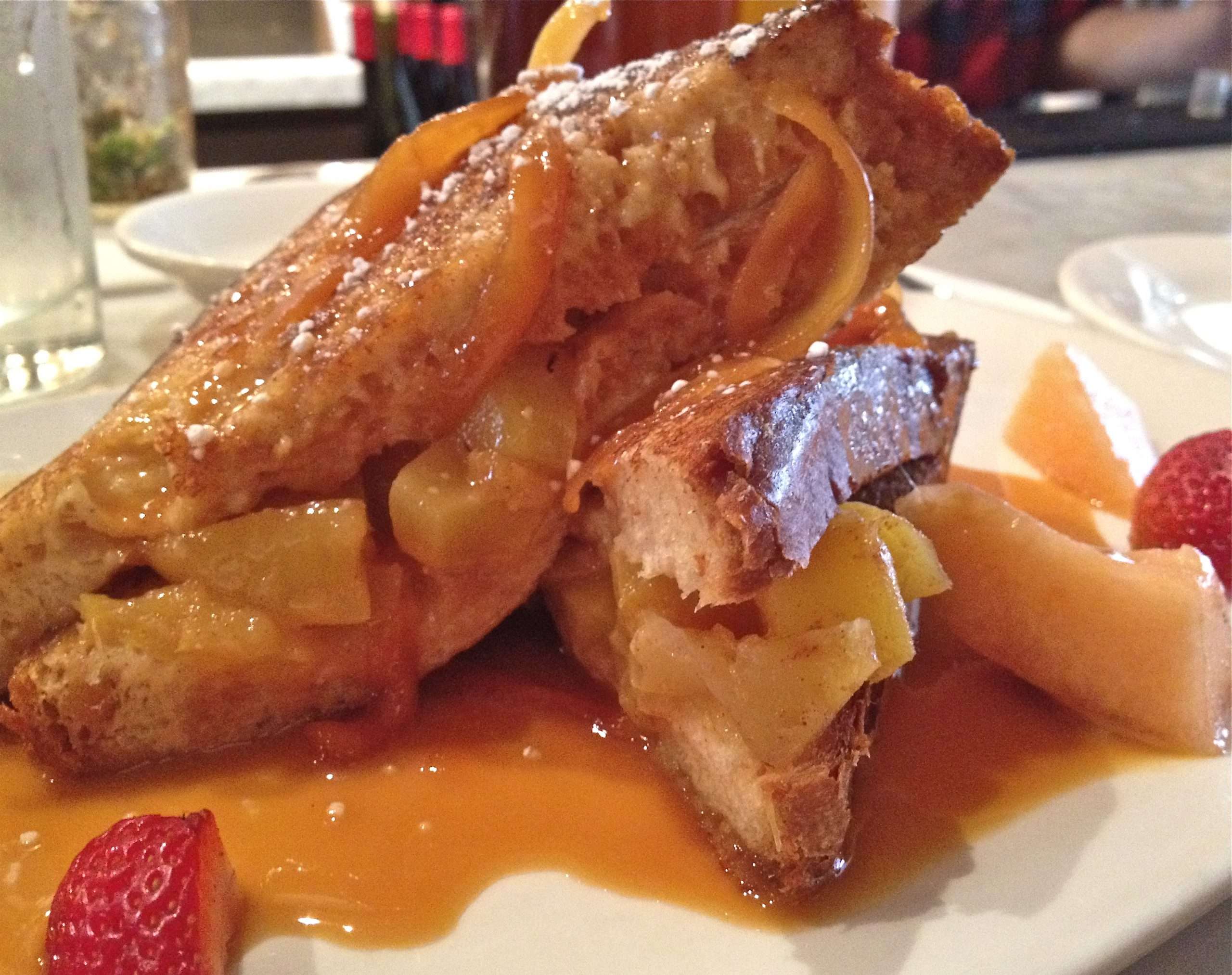 Maharlika lacks any sort of signage which is why you might not have ever stumbled upon this cute, little place nestled next to Empellon Cocina in the East Village. Once you step up into the restaurant, you feel like a guest in a true Filipino home. It’s cozy with old portraits and a bar that I’d recommend sitting at so you can chat it up with the Filipino bartender who will let you in on all of the secrets and cuisine because let’s face it, you’re not going to know anything on the menu.  A lot of the traditional brunch dishes seem meat heavy and that they would be better for dinner such as the Arroz Caldo which is Ginger & Garlic Scented Rice Porridge, Garnished Shredded BBQ Chicken, Achuete Oil and Saffron. Well, you are wrong. Once you see all the food roll out of the kitchen, you will have orders remorse if you played it safe. Especially after you see the Pampangan-Style Sizzling Sisig with Egg which is indeed Pig Ears, Snout, Cheek and Belly cooked three times (boiled, grilled, sauteed). One of the waitresses who doesn’t even eat meat, says she cheats for this one.

I loved the Tortang Talong and have never seen a breakfast egg dish infused with eggplant like this. Despite the deceiving pancake look versus the traditional “scrambled egg,” it does taste like eggs. The eggplant is skinless and soft, and if you are a fan of ketchup or salsa on your morning breakfast, pile on the sweet, red Jufran Banana Sauce because it’s pretty addicting. Or go for the saltier Calamansi black vinegar sauce at your table. The Tortang Talong is pretty light compared to most breakfast dishes and not overwhelming. Also, the Mango Stuffed French Toast tower will cause your mouth to drop whether you try to control it or not. We switched our order to this as soon as we realized we’d made a huge mistake. It tasted  exactly like an apple pie with the caramel and mango and was fluffy. While it was delicious, it’s not the best French Toast I’ve had in New York, and since you can get it most places, I’d go for one of the other authentic options.

There are so many good restaurants on this street, but definitely don’t let this one pass you by. It’s extremely refreshing to see a menu that you have no idea what you are getting yourself into and then be rewarded with surprise and deliciousness. I’ll be attacking the dinner menu shortly…

p.s. They serve Tang and it’s ca$h only.

***Extra: Maharlika started as a pop-up restaurant at Deklab Market in Brooklyn before it ventured over the water to Manhattan.