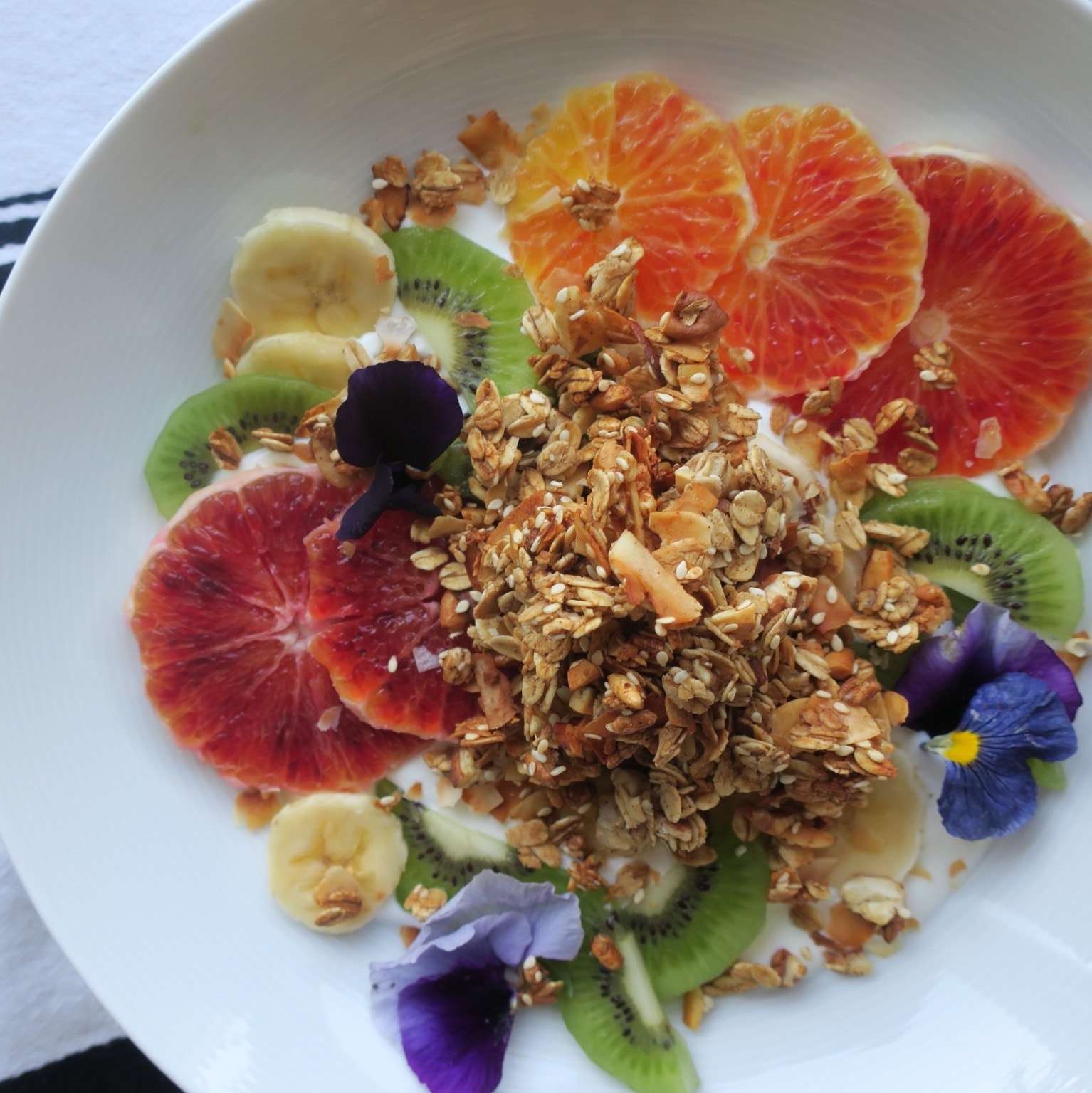 Each crunchy, nutty bite of this granola is slightly sweet with a hint of saltiness and sesame. It’s lower in sugar and oil than its counterparts on grocery store shelves, and egg whites are to thank for the coveted clusters. The only hard part to this recipe is deciding which cereal to use… will it be Cinnamon Life? Cocoa Krispies? Honey Nut Cheerios? P.S. Ingredients easily allow for a gluten-free version.

*Look at the ingredients to make sure it’s a pure extract (i.e. extract, alcohol, water). The fake stuff (that has sugar added to make it flavorful) doesn’t taste nearly as good once in a recipe! Organic extracts are usually a safe bet in terms of being “pure”.

Honey trick: lightly coat measuring cup with oil or cooking spray prior to measuring. This will prevent honey from sticking to the sides and leaving precious flavor behind when pouring into bowl.

Make sure to get every last drop of the liquid ingredients out of the bowl. Evenly coating the oatmeal is KEY, because lets face it, dry granola tastes like cardboard. Plus no one wants a clump of salt!