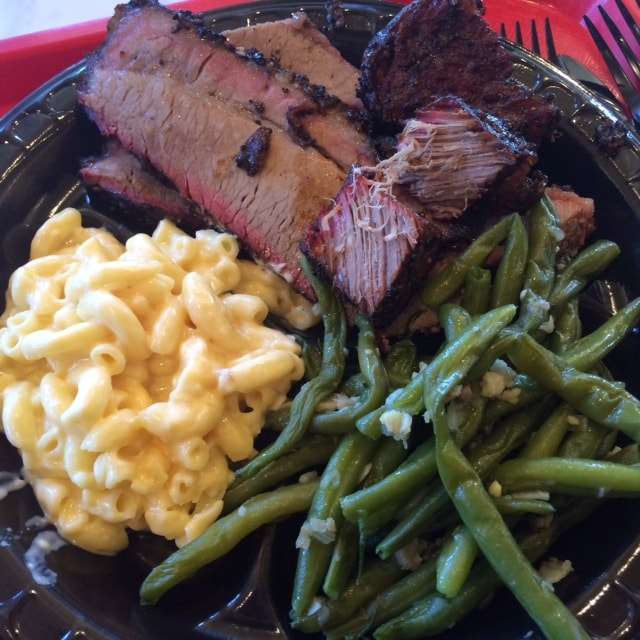 Killen’s Houston BBQ is the equivalent to Franklin’s Austin BBQ. Ronnie Killen, known for his steakhouse out in Pearland has a BBQ joint that on a Saturday morning at 11 a.m., the line is about 30 people deep. It takes about 30-40 minutes to get to the counter to grab a tray and start squealing your order. We couldn’t have been luckier because we arrived on the first day that Mr. Killen decided to serve Akaushi Burnt Ends which took him two days to make with brown sugar and Worcestershire sauce. This Japanese Kobe Beef full of the good tender fat that you would never think twice about spitting out melted right in your mouth. It’s a pillow of juicy love and by far the best burnt ends I’ve ever had. There was no deep char or rough edges in the way. Just pure beefy bliss at $20 a pound.

We got the Meat Plate with Two Sides which is $10.95. You can get two kinds of meat for $13.95 and so on. Meat options include Brisket, Beef or Pork Ribs, Turkey, Sausage, Pulled Pork or Bone-In Pork Belly. They also had a Fried Chicken special which was enormous- I’m sure it was pretty good because by the time we got to the front of the line which was almost noon, they only had two left. I liked the Pork Ribs better than the Brisket. The ribs were so close to falling off the bone, which is the only acceptable way to do it. The brisket is definitely the best in Houston, but Franklin’s has more juice on Killen’s. Don’t read wrong here, I still loved the brisket, but the burnt ends were so magical, it was hard to pay attention to the brisket again.  The Mac ‘n Cheese is pretty smoky and cheesy. It gets the job done but would have loved to have some crunchy breadcrumbs on top to add some texture. I ordered green beans which were a special that day because of the Fried Chicken. These should be added permanently to the menu for sure. It’s a nice green vegetable to ease down with the meat. 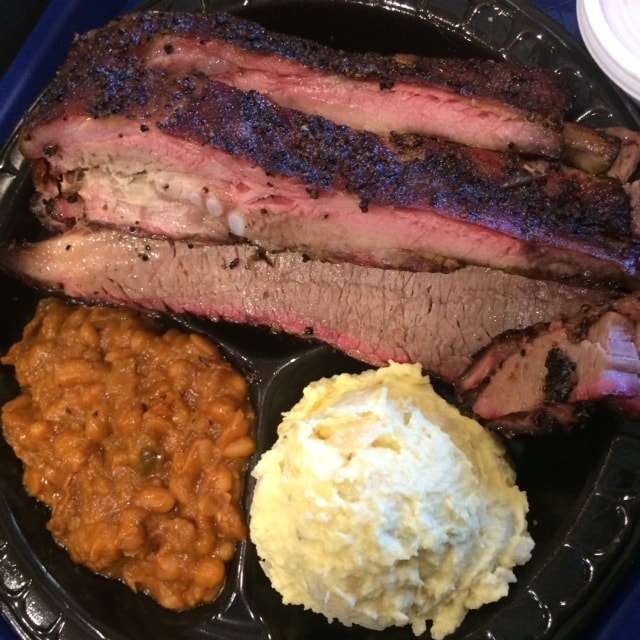 Pork Ribs, Potato Salad, Beans
Everything is homemade at Killen’s including the three barbecue sauces which are Coffee, Tang and Sweet. They all add a great flavor, but I ended up using the Coffee one the most, and I don’t even drink coffee. I really enjoyed meeting Ronnie Killen in the flesh. You can see the passion in his daily special menu and hear it in his voice as he talks about each detail of the rubs, sauces, meats and all of his visions to come. Next time you’re in Houston, take a quick 30 minute drive out there for a satisfying Texas BBQ adventure. Killen’s Steakhouse, you’re next.