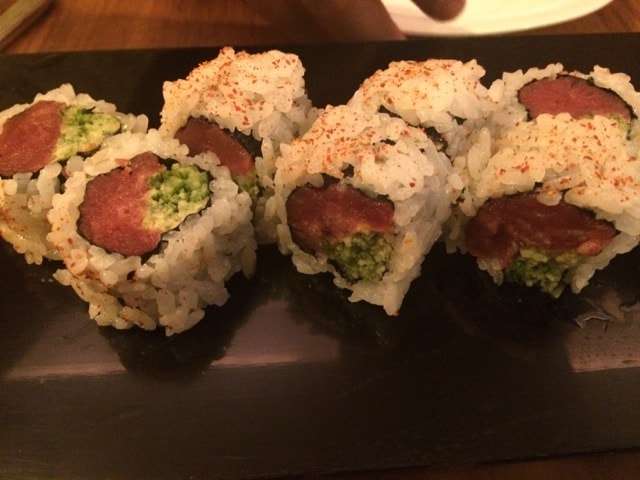 Masa, the most expensive sushi, omakase-only restaurant in New York city which leaves each person negative $450 in their wallet (not including drink, tip or tax) has just opened a spinoff restaurant called Kappo Masa in the Gagosian Gallery in the Upper East Side. While it’s still expensive, it’s a cheaper way to try some of his incredible sushi. The room outfitted in leather yellow booths and chairs definitely fits the museum look. You can see the the kitchen and chefs at work right behind the dining room.

During lunchtime, you’ll see those ladies who lunch and pairs of business men. Prices here are laughable. I can’t imagine paying $68 for one Toro Toro sushi roll. However, I can imagine it tasting like heaven and the best piece of sushi I’ve ever had without flying to Japan – so hey, maybe it is a good deal? I’d skip the appetizers and head straight for the sushi. The Kale with Sea Bream salad is a good starter but do skip the gluten free chili garlic shrimp pasta. In fact it tastes like absolutely nothing and is swimming in oil. The sushi hits on the table on individual black boards and there are several reasons why it’s so memorable. First of all, the way the rice is packed and the texture is exactly what is missing from most other sushi restaurants that we eat it at. It’s firm, a little wet and holds together. Second, the amount of fish and portion size is everything. The tuna ratio triumphs any roll I’ve ever had and is intoxicating in a good way of course. It makes you want to grab all of the sushi rolls in the kitchen, throw them in your bag and run. The crispy green chili even tastes unreal and unlike any other spicy tuna roll on the market. What the heck is in this thing? 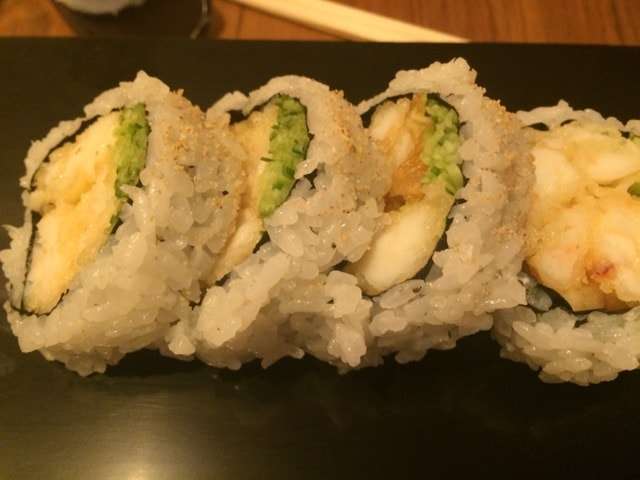 Lobster Tempura
We also adored the Tempura Lobster and Grilled Maitake Mushroom with Truffle Julienne. The tempura lobster wasn’t too crispy and you could still tell that it was a great cut of the crustacean. I could barely fit it in my mouth in one bite, too, which can always be an awkward moment. The mushroom roll which was $34 will blow vegetarians minds. You can’t beat this. Seafood eaters- stick to the fish it’s too good to pass up.

The staff feels pretty strict and takes their jobs very seriously. The dessert menu might look “eh,” but surprise your taste buds with the soba ice cream. It tastes like the combination of coffee and caramel ice cream and isn’t very sweet. I’m obsessed with the miniature silver, hammered flat spoon delivered with it. It makes it way more fun to eat. I understand why The New York Times restaurant critic gave them zero stars due to some dishes and the price, however, the sushi is unbelievable and that’s why I’m singing my praises.

Kappo Masa is for the percentage of people where money is not a concern when dining out and those who can just blow $300 on an afternoon lunch. My advice for you is to get in here with an expense card. You don’t come here for the scene, you come here for the sushi rolls and swanky yellow booths. 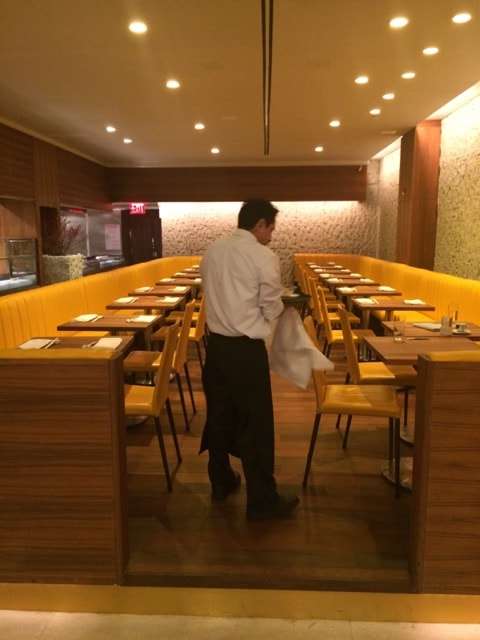