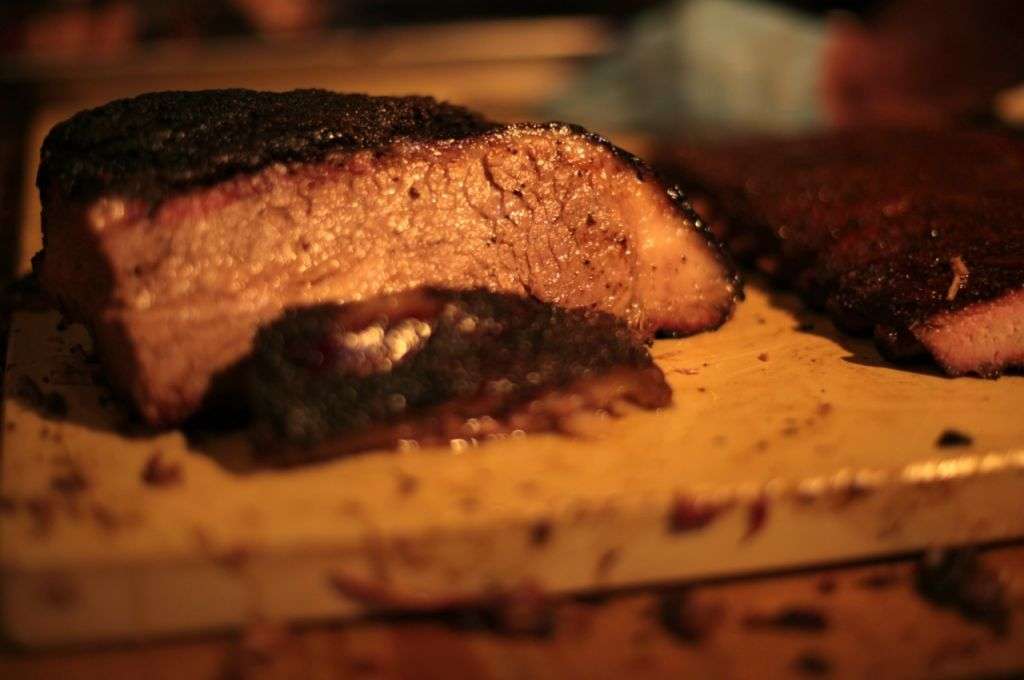 BBQ is all over the place. It’s summertime and everyone wants some good, juicy meat! Texas Monthly magazine just came out with its issue on top 50 BBQ places in Texas which is only written every 5 years. The new BBQ editor Daniel Vaughn named Franklin Barbecue in Austin the number one BBQ joint, and to celebrate, they brought Aaron Franklin to New York City to do a guest pop-up at the beloved Hill Country Barbecue Market. If you haven’t heard of Franklin’s, the line starts calculating everyday outside of this place consistently two hours before it even opens at 11 a.m. It opened in 2009 and ever since then, the lines have been out the wazoo. They stay open until the meat sells out if that says anything about their product. My dreams came true when I found out I’d finally be getting to try this ‘cue without the wait in New York City.

So, I have this problem where sometimes when a restaurant is hyped up so much by the media or friends that once I finally try it, no matter what, it can’t meet my impossible expectations because well, they are through the roof. However, this was not the case here. Franklin’s Barbecue is legit and off the charts. It’s definitely the best brisket I’ve ever had and actually tasted very similar to Hill Country’s moist brisket if you are looking for a replacement here in the town. The bark is so soft and crunchy at the same time and spewing out flavor. It’s wet, moist and a perfect combination of fatty and lean meat. You’ve never had bark like this before.

The ribs are a whole different story. The meat literally jumped off the bone. It couldn’t stay on it was so tender and it just fell off in my hand with one bite. It was mouth dropping, and I’ve never had a rib like this in my life. I gained some deep respect for ribs after this and Aaron. It may seem cray cray to wait in line for two hours just for some tasty meat, but I guarantee once this hits your lips you’ll forget about that line and be a happy camper. I know it’s unfair to say because I didn’t have to wait in line, but man, you need this.

At the end of the event Aaron Franklin, Daniel Vaughn and Marc Glosserman, owner of Hill Country, participated in a Q&A together that was very inspiring. Good news: Mr. Franklin and Mr. Glosserman made an agreement to make this pop-up an annual event. Brisket for everyone!