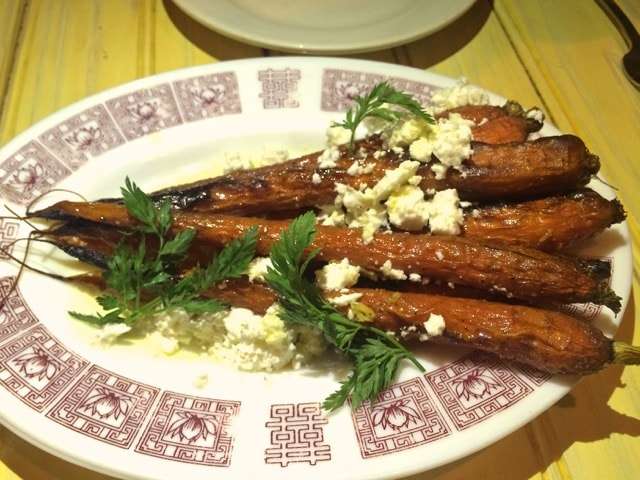 While there are tons of veggie heavy casual lunch and easy take out spots, you don’t see too many restaurants with a list of 15 plus organic vegetable plates that can make up your entire meal that also have carnivore friendly options for others. Chalk Point Kitchen tucked away on the edge of the south and west side of SoHo has equally interesting appetizers as well as creative and fancy vegetable dishes. The space is small yet not too tight with booths lining the outside and tables in the center. The decor is farm like playing along with the organic mission statement. Start with the Arctic Char Tartar. Yes, you ready correctly. This isn’t your typical tuna tartar and frankly it’s better than most in the city anyway. The fresh seafood is extremely flavorful and not overtaken by large amounts of mayo or other sauces. You don’t even need the cracker to scoop it up. It’s too good on it’s own so fork it and do yourself a favor. The Kale Salad might sound like any other kale salad out there but with the dried cherries and apples, it’s like finding treasure in a bed of grass. The citrusy dressing is light, lemon,  satisfying and something you can appreciate eating several times a week. I have to say this is definitely one of the most memorable kale salads and deep for that matter- the exquisite portion size is on par. We also tried a Thai Curry Shrimp appetizer, but I’d skip this and stick to the next vegetable course. The Black Truffle Carrots with Feta Cheese seemed endless and unstoppable. Bugs Bunny wishes he had access to these stems. Shockingly, I’m not a huge fan of the overbearing and powerful truffle flavor; however, Chalk Point Kitchen hits it right on the head here leaving a favorable taste that has you screaming for more. Some people have a tough time ordering this orange stick when they are so used to buying these as a house or lunch snack. Give it up, take a break and order these for sure. 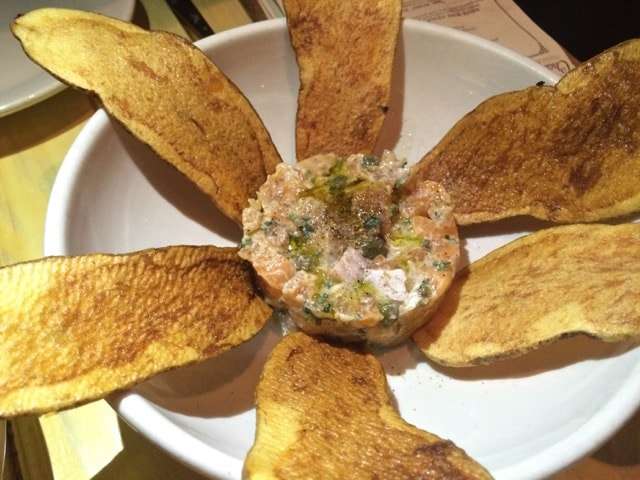 Arctic Char Tartar
Unfortunately, the Whole Cauliflower with tahini, raisins and pickled thai chili disappointed me. In a city, where this whole head is thriving (The Breslin, Bar Bolonat, Freemans) this should not skip a beat. Gorgeous or not, the sauce looked apparent, but really just didn’t taste like much. The cauliflower was a bit too tender and soggy and should have lent a big more crispness. The raisins couldn’t even help out here. The Creamed Corn provides a more comforting preparation out of all of the vegetarian options. Delivered in a hot skillet, a layer of breaded corn mixture hovers over the top of off the cob corn that bathes in a pool of cream. Surprisingly, it’s not too heavy especially when you use your fork since the mixture drips off. It’s a fun, soothing dish. The General Tso’s Broccoli with peanuts and sweet sauce is good and tastes like your neighborhood Chinese take-out joint. A little too saucy for a place that prides itself on healthy, clean eating. Lets just call it the “bad” option here that tastes great.

The creative cocktails comprise a Kale Martini, Grapefruit Margarita and a delicious Pomegranate cocktail perfect for summer. The mastermind of a dessert menu is just as hard to choose from as the list of amazing vegetable list. A Banana Split, Butterscotch Pudding with Blue Marble Ice Cream and Popcorn and a gigantic decadent Chocolate Cake with Cream Cheese Frosting and Fudge. This frosting is the best part as the cake deserves to be a tad bit more moist. The fudge is overkill which I never thought I’d say but it takes away from the delicious icing which needs to shine more. Chalk Point Kitchen is for those who want to go out to a nice dinner that’s not too sceney or overpriced and offers an over the top amount of vegetable dishes that are hearty, all dolled up and cravable. We  ended up skipping entrees to leave more room for the appetizers and veggies as they screamed order me more than a pork shank, understandably. Don’t forget to check out their bar down stairs called The Handy Liquor Bar with a piano on a night out. Also, Chalk Point Kitchen is on the delivery service Try Caviar for those of you looking for something healthy on your night in. 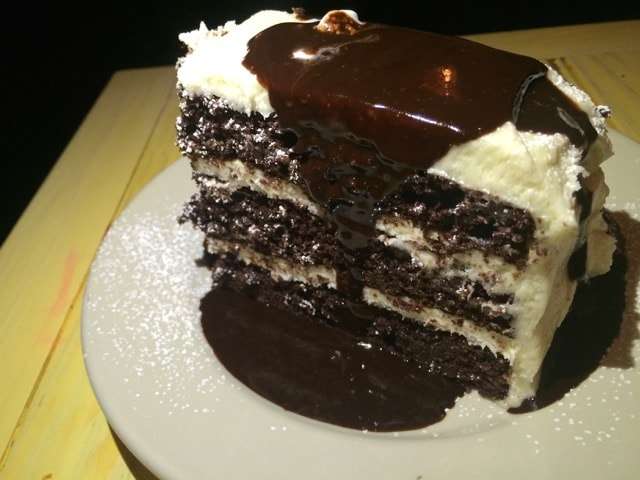