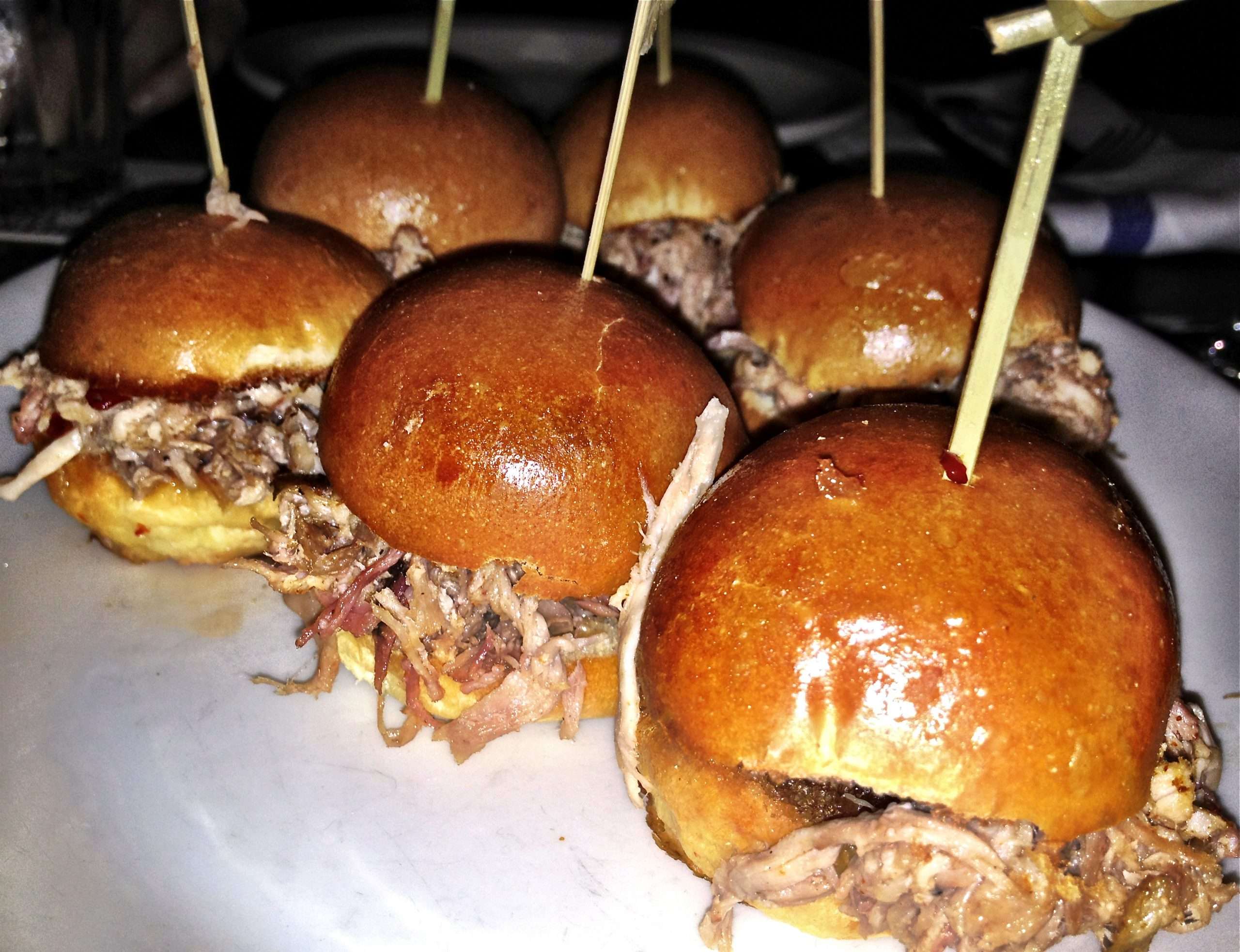 Blue Smoke is Danny Meyer’s casual BBQ restaurant just blocks away from his other gems: Gramercy Tavern and Union Square Cafe. As a Texas girl, I’ve been putting off trying this BBQ, afraid that it would disappoint. However, I will admit I’ve popped in a time or two to pick up a chocolate chip cookie from their bakery and it’s awesome. I was invited to Blue Smoke on behalf of Gilt City New York for their  three-course, family-style dinner that included beer and wine. Pulled Pork Sliders, Caesar Salad, Beef Brisket, Cornbread and Mac & Cheese overflowed the table in the cute private room upstairs overlooking the restaurant. The Pulled Pork is incredible and very tender, and the “fork ‘n knife” Caesar Salad is cool and crisp just like it should be. Unfortunately, the brisket was pretty terrible. It’s nothing like Hill Country and almost tasteless so definitely skip this. Loved the cornbread but the Mac ‘n Cheese sadly wasn’t happening. The Banana Creme Pie is out of this world and a must.

However, the highlight of the evening actually wasn’t the food. Putting a group of 20 strangers at a table together in New York City to share and swoon over a big meal was an adventure and refreshing. It was a blast and so much fun to meet a whole crew of new people. Everyone instantly became friends and our table was full of restauranteurs, people who worked for NHL and straight-up food lovers. The winning moment was when Danny Meyer made an appearance and the chef came out to talk about the meats and his cooking style which completed the experience. I never thought I’d be saying this, but I would definitely recommend these Gilt City communal dinners because you never know who you will meet and it gives you a great taste of everything at the restaurant.

***Make sure to visit ChekmarkEats.com tomorrow for a chance to win two FREE tickets to a sold out event this week with a celebrity!