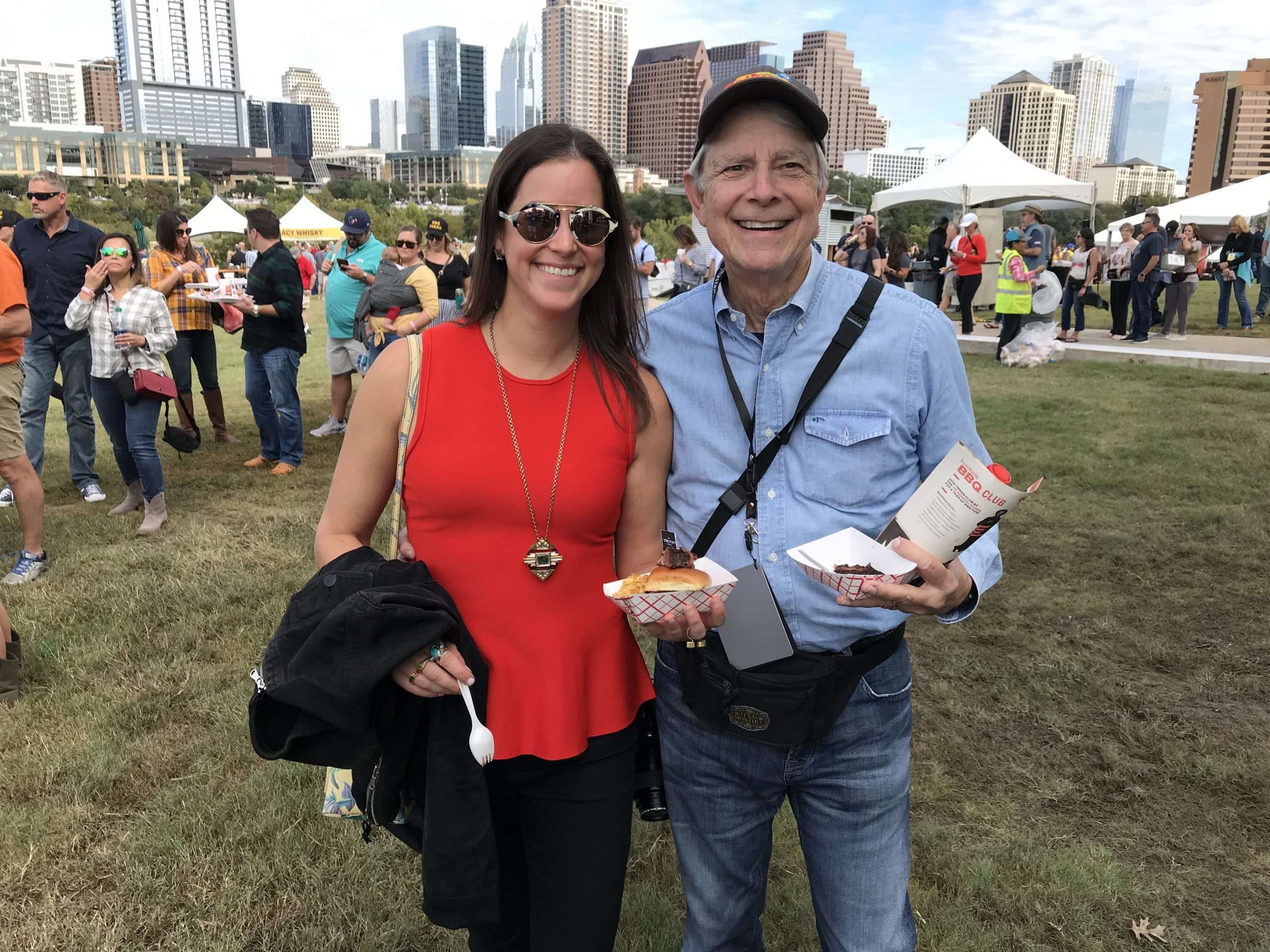 One of the best things about living in Austin is all the outdoor food and music festivals. Once spring hits there is SXSW and PGA TOUR’s Dell Technologies Match Play tour with non stop crawfish boils and swim time. Here is a list of my favorite events in Austin when you are not coming for a bachelorette or bachelor party (unless you want to tack it on around these)!

SXSW , a two-week conference and party, is actually my favorite time of year. My New York City x West Coast world’s collide in my own town, and it’s SO cool! WHERE else do experts from the food, film, tech, music, and politics gather together in such a close nit space over two weeks- not even in NYC or LA. If your company is able to shell out thousands of dollars for a badge, you have access to see speakers like Kevin Systrom and Mike Kreiger from Instagram, Julia Kramer from Bon Appetit magazine who decides the “Hot Ten” best restaurants each year, producer and musician T Bone Burnett, comedian Kathy Griffin, marketing guru Bozoma Saint John.The Taco Meet up is also really cool as you get to try about 5 of the best tacos from around Austin. 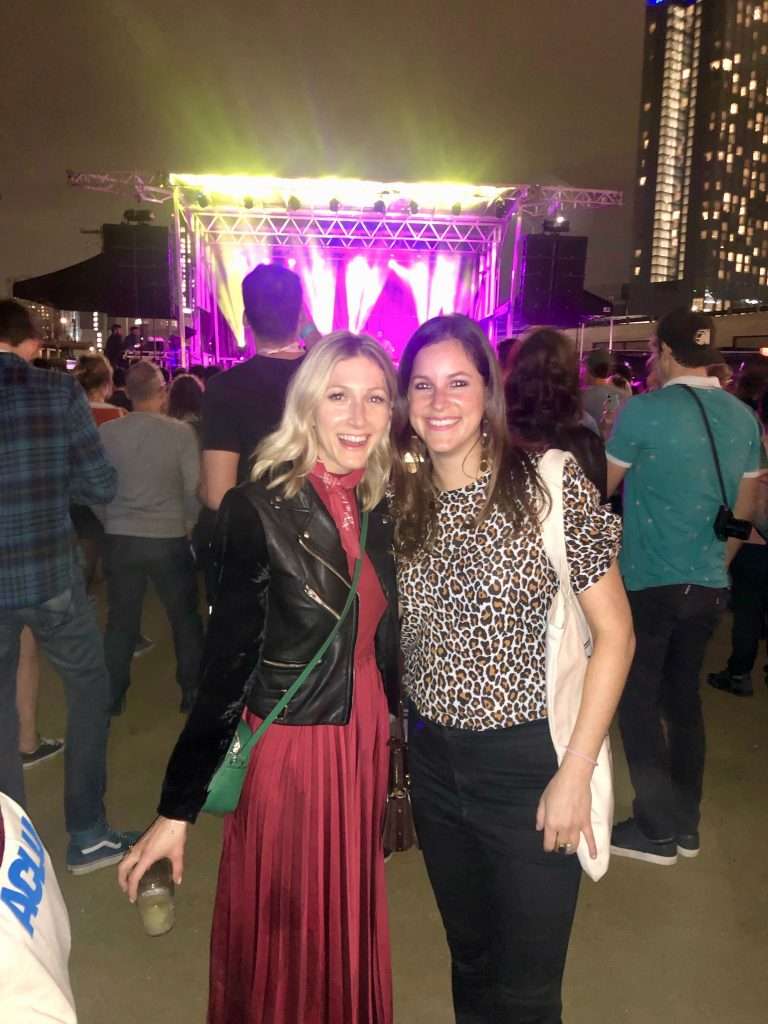 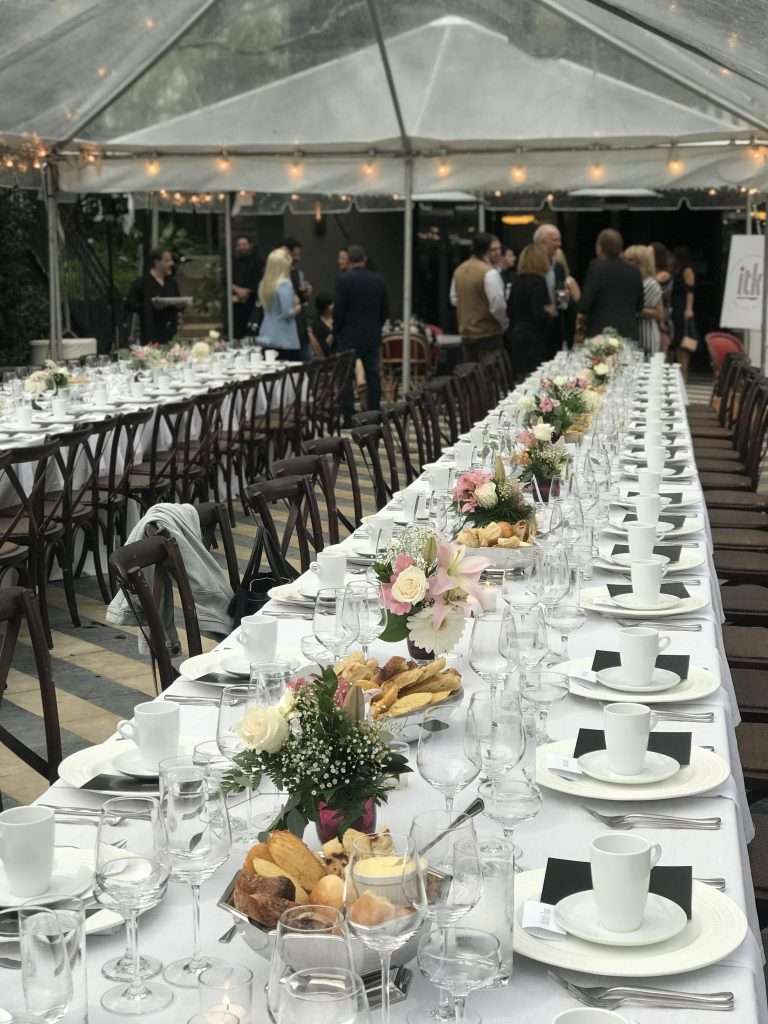 If you don’t (like me!), there is still SO much going on and a lot of free parties and panels that brands through that are considered “unofficial.” A few of my favorites included: Outdoor Voices annual “A Brunch of Jogger’s,” Facebook’s concert showcase with Toro y Moi and later Ghostland Observatory through their other division Oculus, GOOP’s pop-up store and event with Brahmin bags (it does help if you have friends to get you in that work at these places), Malverde’s rooftop shows during music week above La Condesa, South x San Jose Free Concert Series in their parking lot with pop-up shops, panels by local entrepreneur’s and companies like: Bumble, Kendra Scott, Planoly, Packed Party. 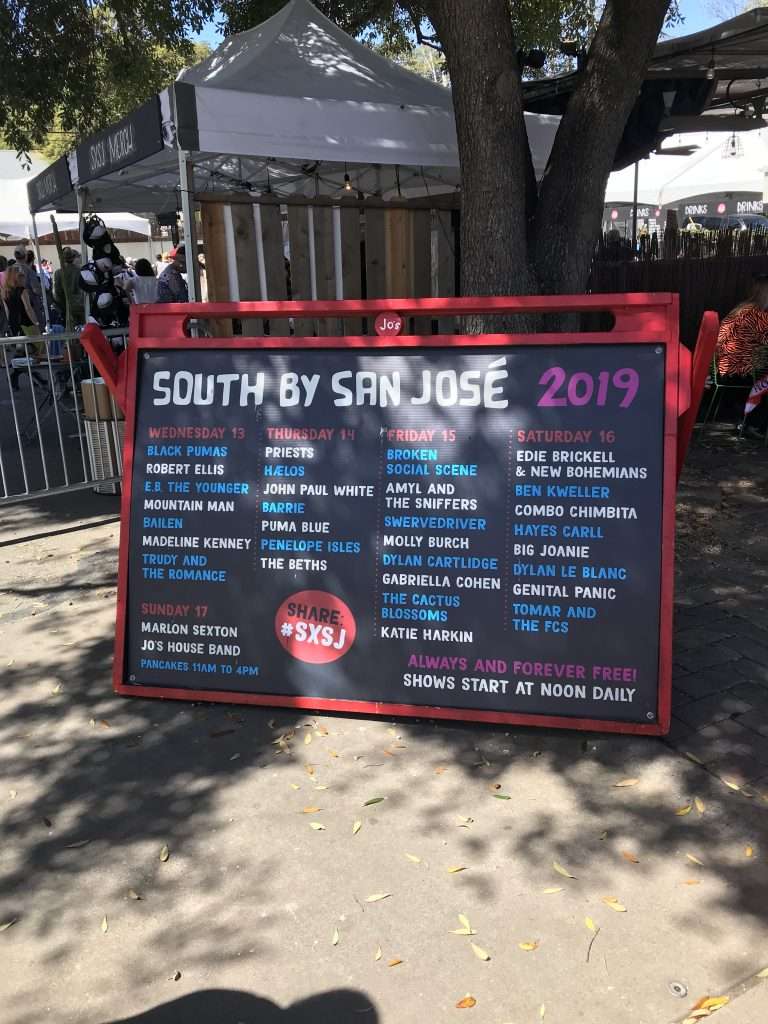 The tip is to follow them on instagram, facebook, or subscribe and you’ll get all the invites and details! I was also lucky enough to see the preview of Hulu’s Shrill with Elizabeth Banks and Aidy Bryant, thanks to a friend who works for the theater here in Austin. Sitting on the same row as these actresses and producers and watching their work for the first time with them is an unmatchable experience. Texas Monthly, Yeti, Uber Eats all had music events and parties, and Rainey is another good place to check out activations and free stuff. Lastly, Wanderlust Yoga has free yoga for the whole two-weeks at Republic Square Park and a few great local brands like Juice Society, Fit Joy, GT’s Kombucha, Culina, and Cara Caulkins Communications hosted a Festival Recovery Lounge at a lovely Clarksville home to help those kick back into gear. 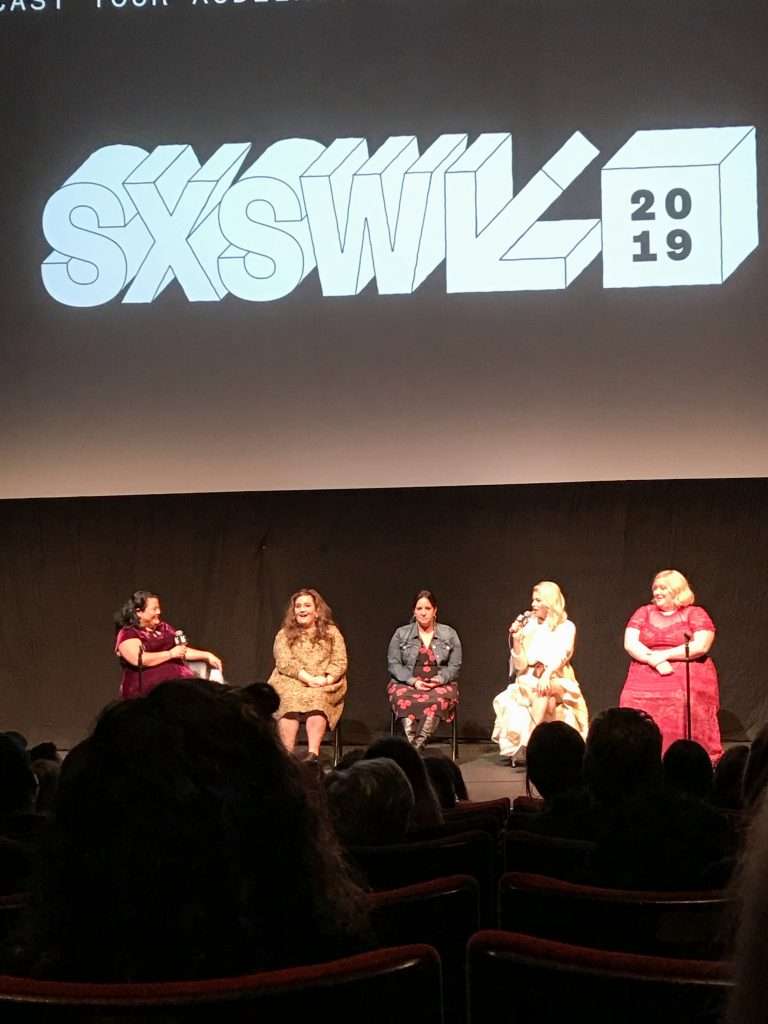 Usually, the last weekend in March, this golf tournament takes place right by Austin 360’s bridge which has a great view of Lake Austin. Pro’s like Bubba Watson, Tiger Woods, Kevin Kisner play on the lovely course from Wednesday – Sunday with lots of local bbq, tacos, wineries, beers, Grey Goose lounges. It’s very intimate walking around and you’ll see the same folks and friends jaunting. There is also a lot of local fun going on with Save Muny more locally if you don’t make it out there. 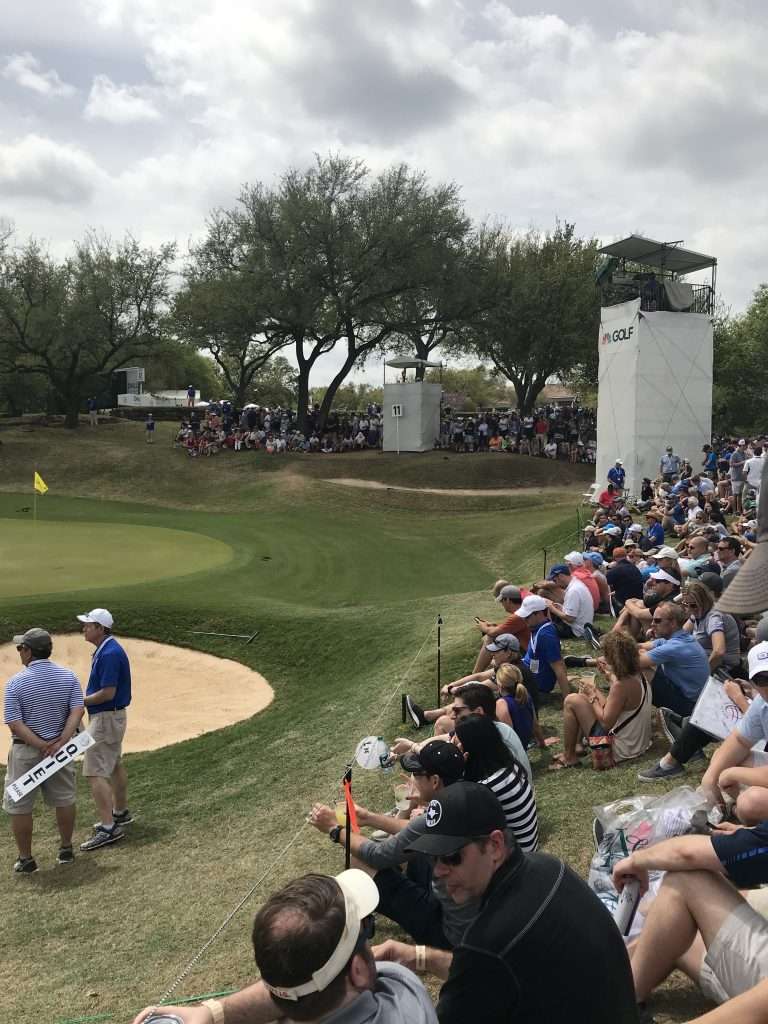 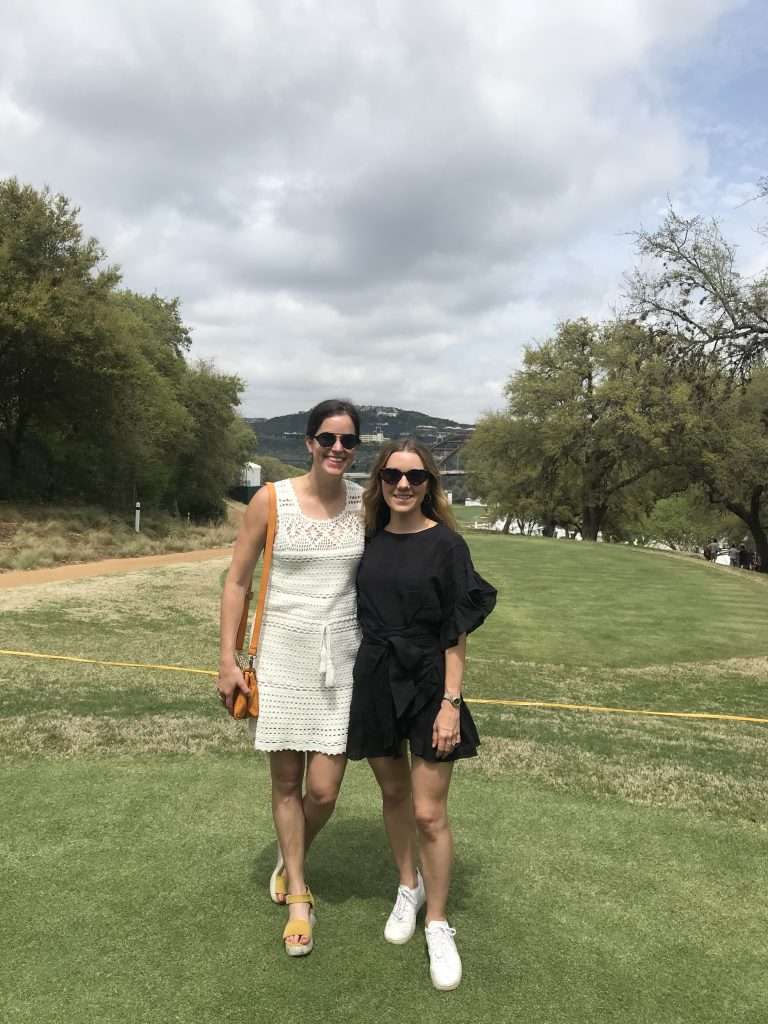 CRAWFISH BOILS! Austin has an overflow of breweries, distilleries, BBQ joints, and outdoor music venues. You’ll find that right at the end of March and beginning of April that these places are dishing out the mud bugs with live music! Perla’s, TLC, The ABGB, and Scoot Inn to name a few.

C3 puts on this Austin Food & Wine Festival that showcases chef demos, wine tastings, and mostly local Austin and San Antonio chefs showing off their goods at the big Grand Tasting event held at Auditorium Shores with live fire pits, too. You’ll see cooking demos from some national big wigs like Jonathan Waxman, Nancy Silverton, Sarah Grueneberg, Aaron Sanchez, Andrew Zimmern. There are also evening events at Auditorium Shores like Grillin and Chillin where Tim Love hosts an outdoor dinner that you get to learn how to use a grill for. Rock Your Taco is always on Saturday night at Fairmarket with all kinds of taco creations from about 16 chefs and live music. 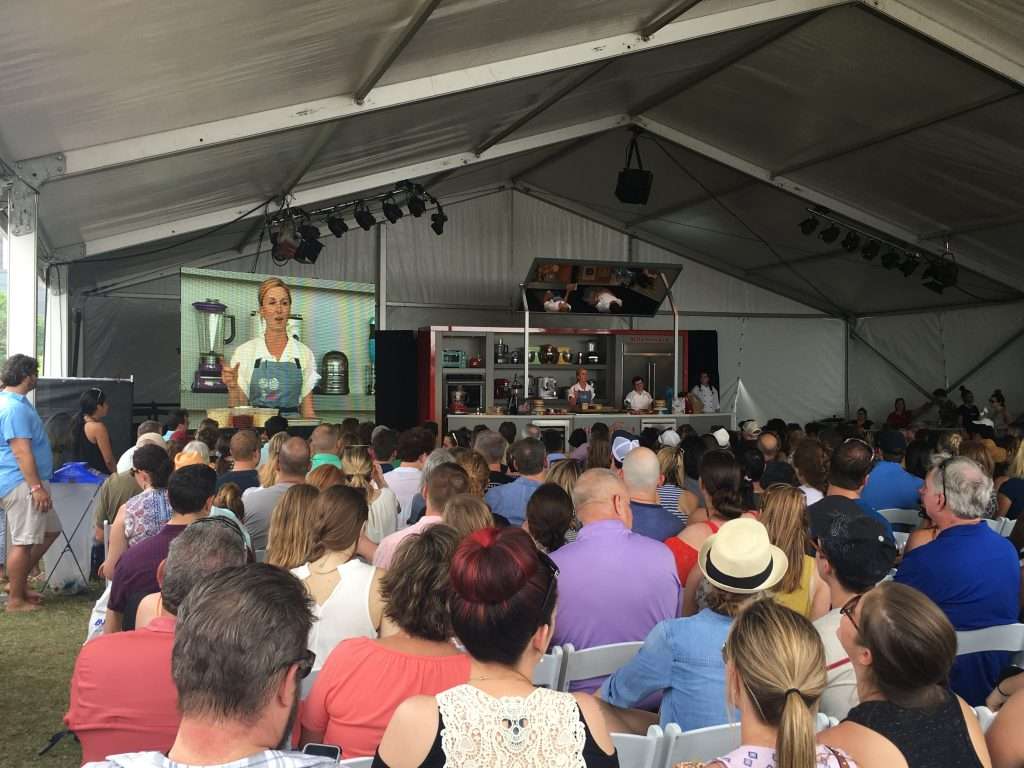 To kick off summer partners, Aaron Franklin (Franklin BBQ), James Moody (Mohawk and Guerilla Suit), and Mike Thelin (Feast Portland). This is extremely different than Austin Food & Wine. It’s all about the music and some baller chefs from all around the country doing their thing in a laid back atmosphere (even at Wild Onion Ranch) where it feels like it’s just a bunch of friends coming together to eat and drink. It’s everyone’s favorite chefs and restaurants flying in like Sara Kramer & Sarah Hymanson from Kismet in LA, Alon Shaya from New Orleans, Chris Shepard from Houston, Christina Tosi from Milk Bar all hanging with OUR favorite Austin chefs. The weekend food line up for 2019 is here. What makes it so great if you aren’t into diving into an entire food event is that you can still be a part of the fest and attend to music shows and feel the energy of the weekend. Some of these spots still have some creative chef snacks there, too and tickets are a much lower price point if you just want to dip in or even last minute. See the music line up that includes Leftover Salmon, Lucero, New Breed Brass Band, here. 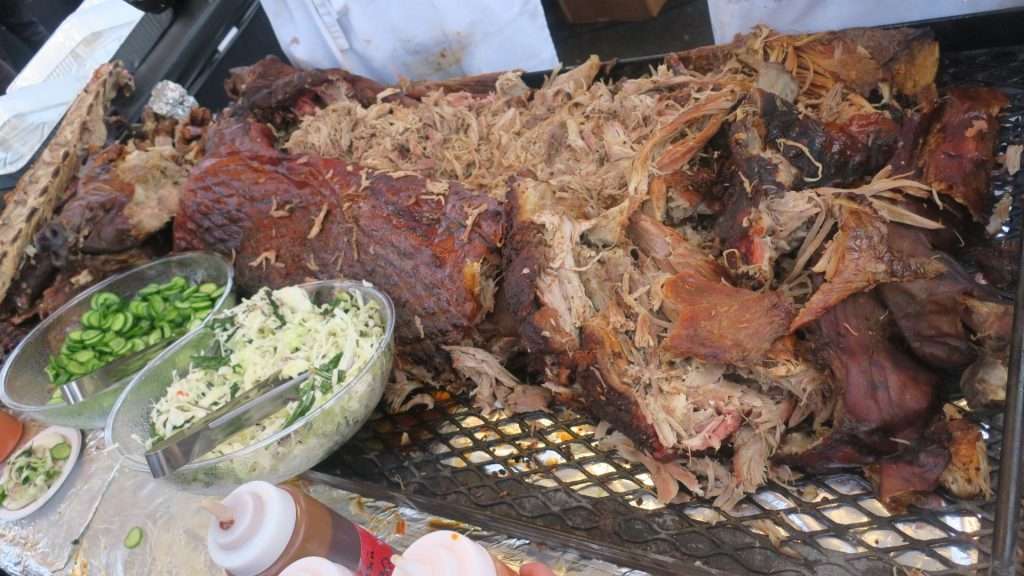 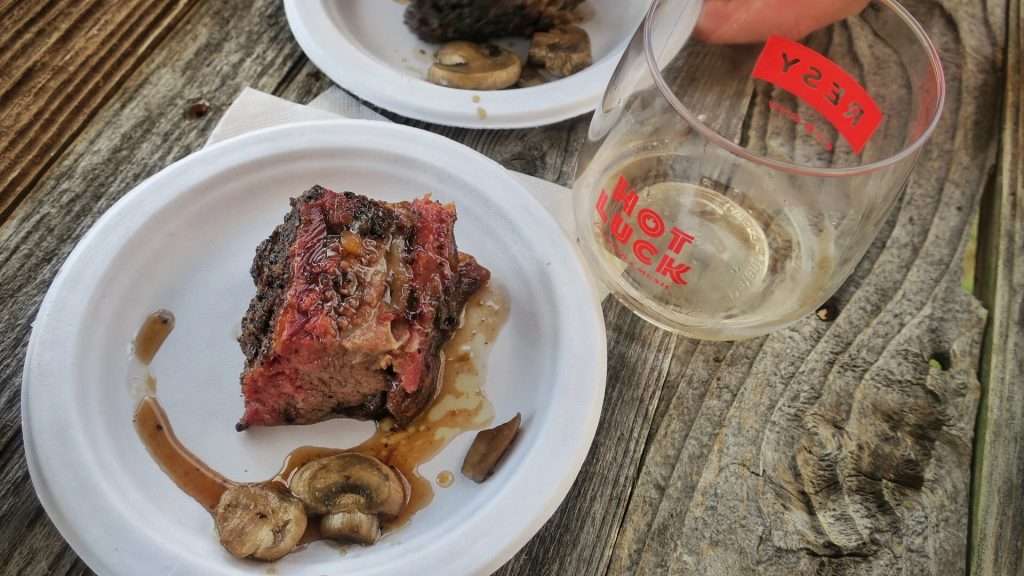 My favorite places to take a dip or do a cannonball include: 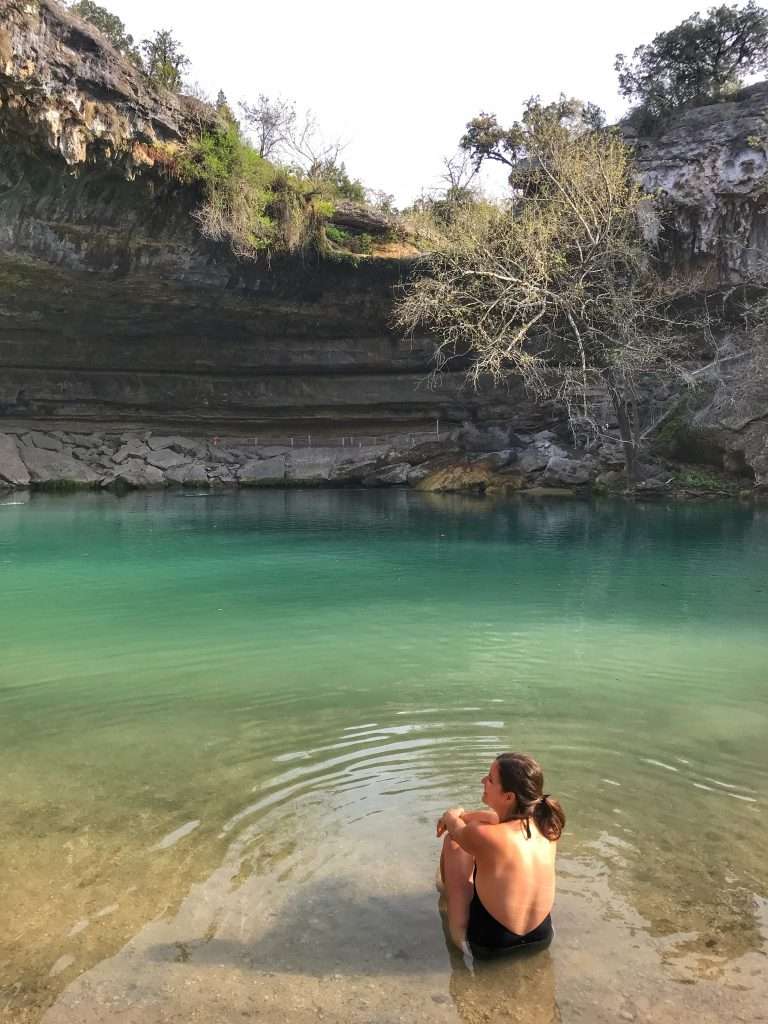 AUSTIN CITY LIMITS
If music is your beat, ACL Music Festival is just ask exciting for you as SXSW is for me. The city is again flooded with musicians and awesome shows that play not only two weekends back to back at Zilker Park but also at music venues around town for smaller private late night shows at spots like Stubb’s, Scoot Inn, Mohawk,etc as well as surprise pop-ups at Continental Club and I even saw Arizona at a Chipotle! Each weekend, there are 3 days of full line ups for Friday, Saturday, Sunday with headliners such as: Paul McCartney, St. Vincent, Metallica, Blood Orange, The National, Sofi Tukker, Nelly, Odesza, Chvrches, etc. If you want to step up your game, go for the VIP tickets. You get your own double decker viewing area of the main stage, unlimited drinks, sparkling waters, lunch and dinner, braid bars, clean bathrooms, etc. People also love to come for all the local food and beer tents at ACL Eats. Torchy’s Tacos, Salt Lick BBQ, vegan cookie dough from Skull + Cakebones, Amy’s Ice Cream, Blender’s and Bowls, Austin’s Pizza, Juice Land, The Mighty Cone. It’s super hot- do not forget a hat or sun screen! 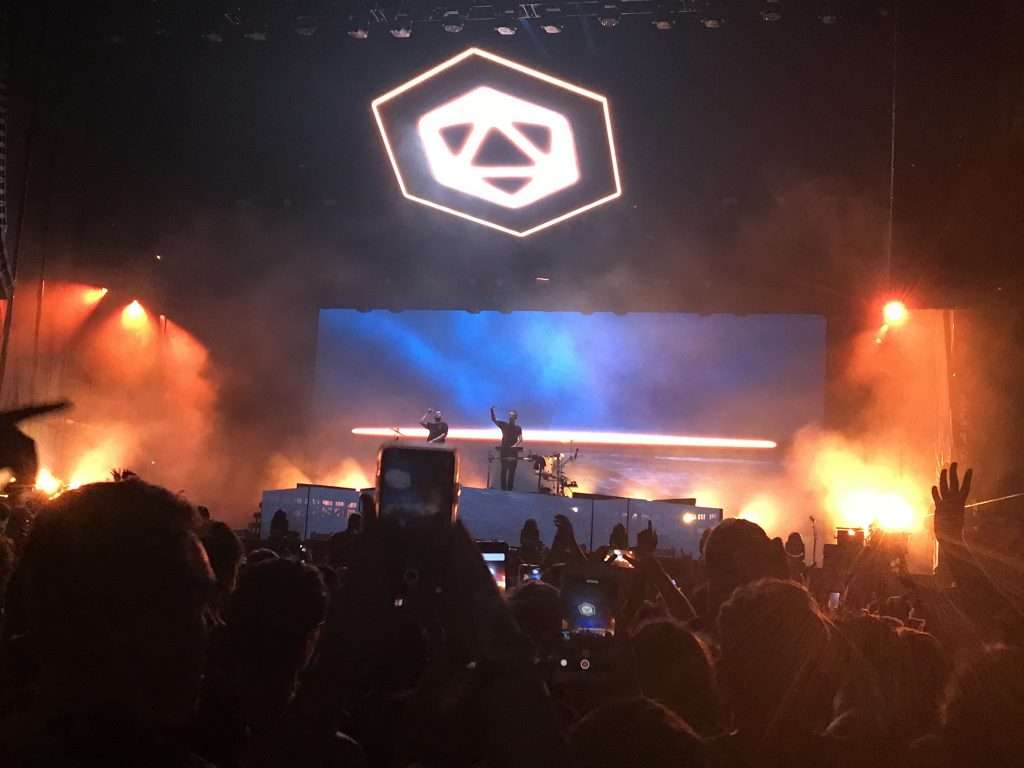 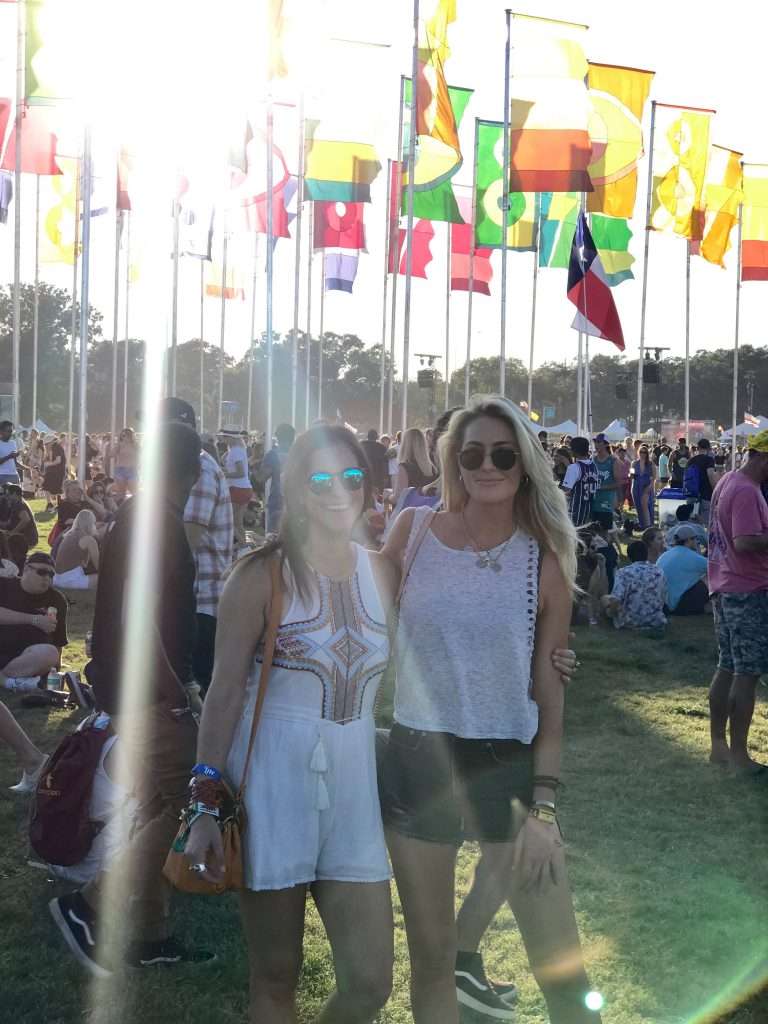 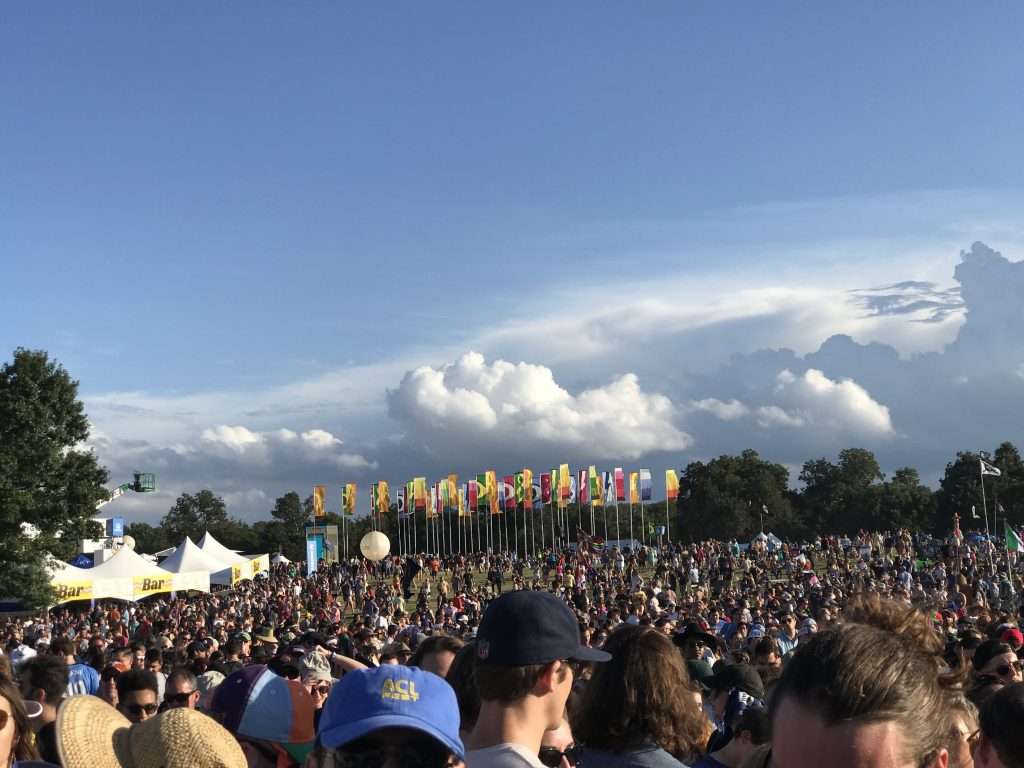 TEXAS MONTHLY BBQ FEST
Each year the Top 50 Barbecue restaurants (according to Daniel Vaughn at Texas Monthly) come to the Long Center to put on a 4 hour BBQ festival with around 30 booths serving smoked meats, mac ‘n cheese, pie’s, beer, big red, whiskey, and Desert Door Sotol. There is live music and great bands to sit and sway too after you start experiencing the meat sweats. This past year was the first time Franklin BBQ did not attend the fest because he did a more exclusive ticketed private dinner at the shop the night before. Some of my favorite ‘cue included: La BBQ, Micklethwait Craft Meats Lamb Chorizo Kolache, Snow’s BBQ, Louie Mueller’s Taco, Truth BBQ, Texas Pie Company that served 4 kinds of pie in one boat! 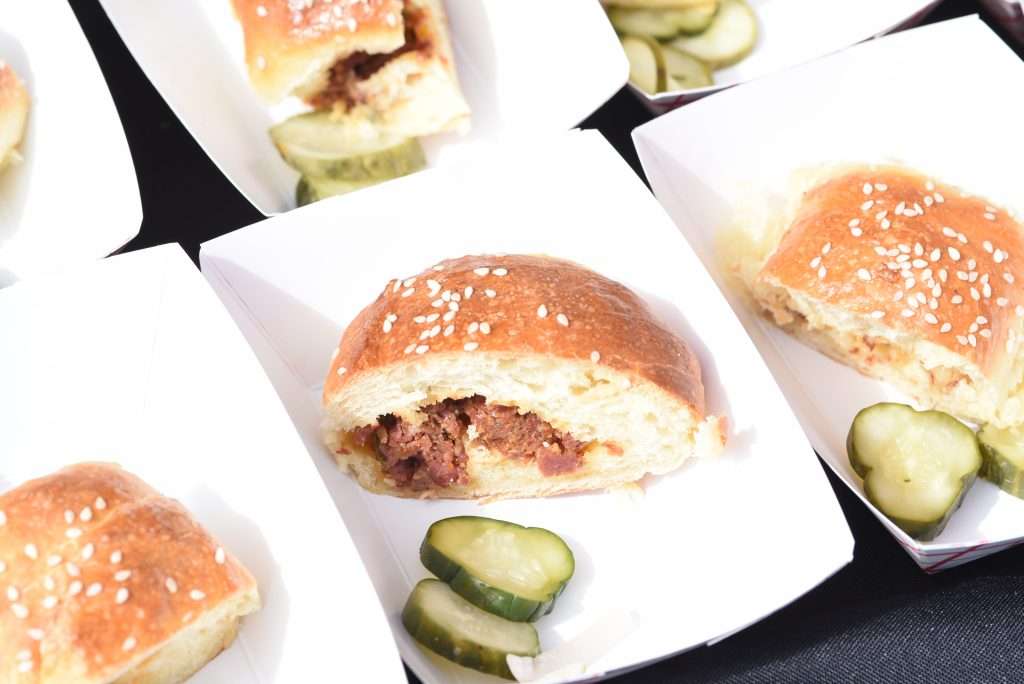 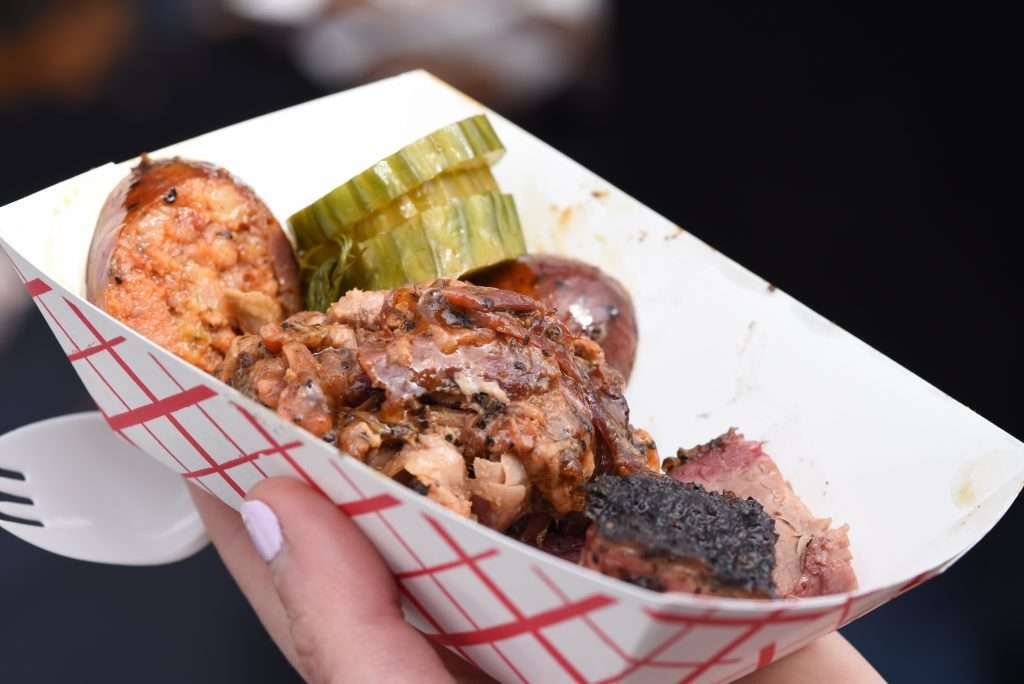 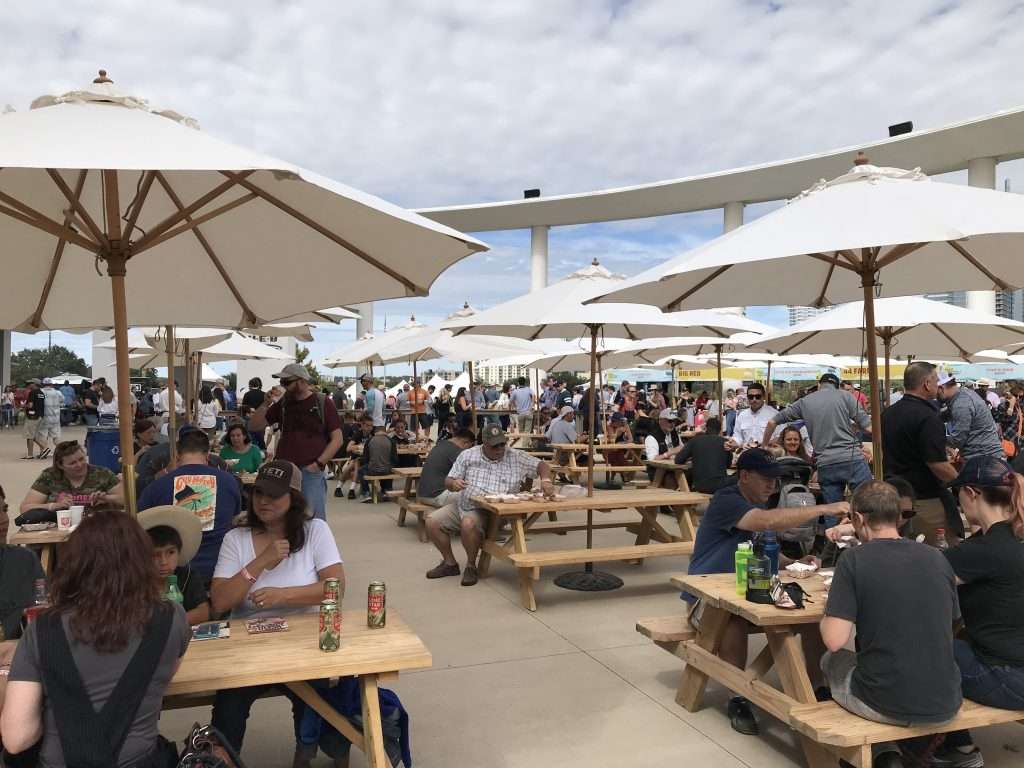 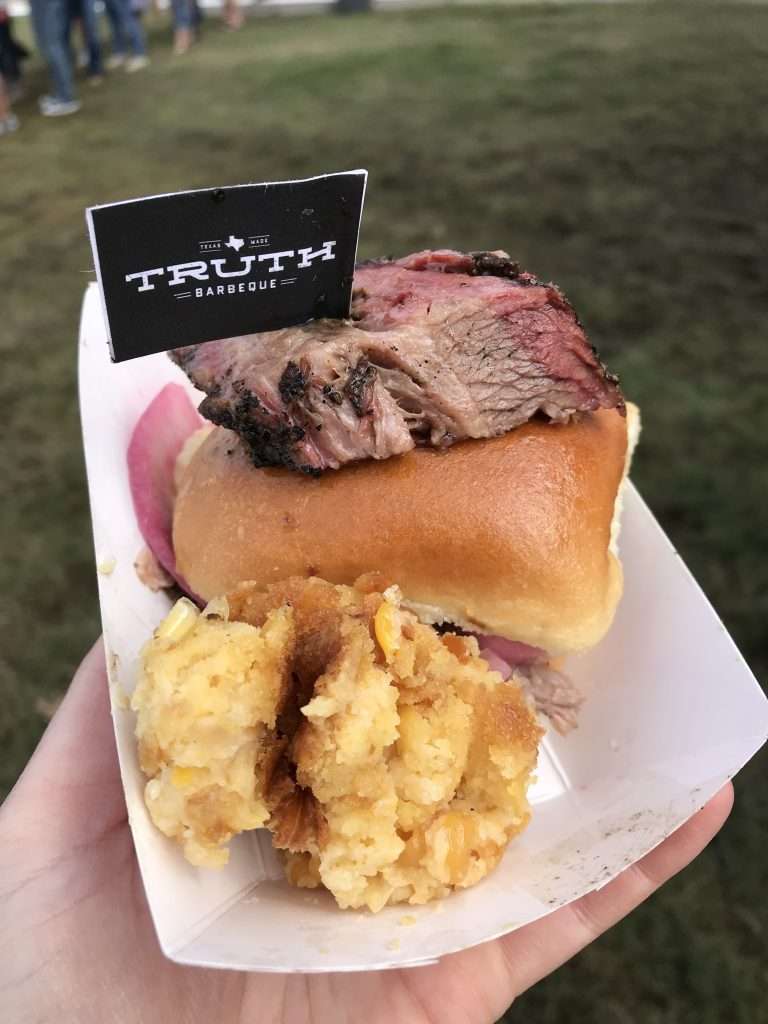