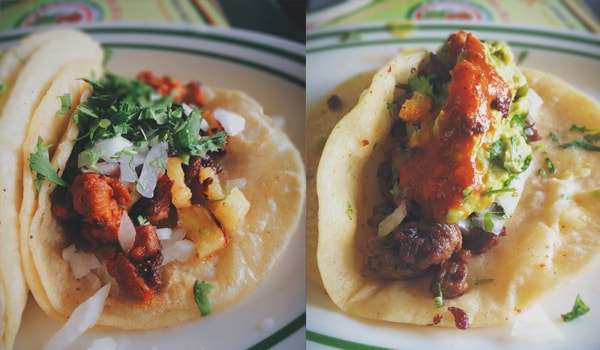 I’m remixing things up here a bit and giving the mic to my dinner partner in crime, Dan Rubenstein. Born and bred in Los Angeles, a lover of tacos, cemitas, and all things Brooklyn, he is here to share his list of favorite tacos in the city. And we’re off…

Since Alex doesn’t make tacos a priority in her life (don’t judge her, nobody’s perfect), I’ve decided to step in and say a few important things about tacos and New York.

FACT: New York has very, very good Mexican food. There aren’t great taquerias on every corner or in every neighborhood, but if you care enough to search out the neighborhoods and gems that do have terrific options, a tasty time is there for the taking. The following are my top five taco spots in New York, at least that I’ve been to in my short three years here. If you think differently, that’s okay, we’re all beautiful and a friendly discourse about tacos is better than a friendly discourse about almost anything else in life, so here’s where to indulge in meat and veggies snuggled into tasty Mexican flavor blankets.

It’s very difficult to do wrong going on a Sunset Park taco crawl (if you haven’t done one, WHAT. THE. HELL), but Maguey is unassuming, inexpensive… and forget-everything-else-you-were-thinking-about fantastic. My tastes trend towards straightforward meat, cilantro, onion, salsa and this place nails everything. The carne asada and al pastor were both juicy and flavorful, with their tortilla blanket providing all of that corn warmth you’ve been coveting so. GO GO GO.

There are a number of worthy options in the neighborhood (notably Otto’s down the street), but Diana, with its tiny space, outshines them all. The chicken, complete with bits of crispy chicken skin is uncharacteristically juicy for a taco, the asada is charred nicely but in no way dries out, and the pastor packs good heat. Where Diana also separates itself is in its value — size per dollar is much higher than you’d think, especially in the East Village. Expect your hands to runneth over with juiciness while eating. Bonus: the nachos are also quite good, so take note, they may be the best in that category as well. A great stop before, during, or after a night out in the area. 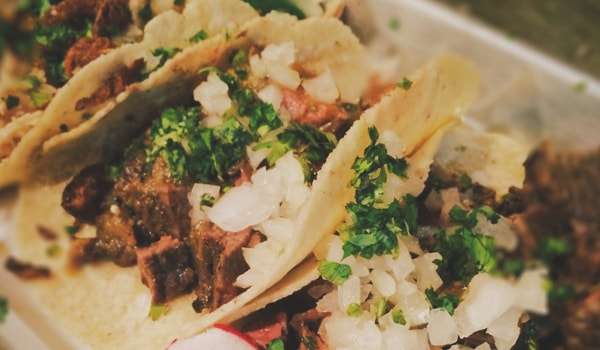 When I talk about effort, Nixtamal takes effort. Corona’s the train stop before Citi Field, and it’s about a 15 minute walk from the 7, but on a nice day walking by Mexican bakeries, it’s pretty ideal. The tacos and really, the rest of the menu, are worth it. The tortillas, as the name implies, are all made in-house, but where Nixtamal earns their own extra puntos is the variety of their menu. Their soups are an outrageously tasty way to start your journey into taco city.

C’mon, there has to be a truck on this list, and el Bronco sets the curve. It’s a few blocks down from Maguey, so it’s already convenient for your next taco crawl (do crawl, by the way), and even better… these tacos are Derek Zoolander-level for serious. The al pastor is the specialty, and if you’re not pledging your allegiance to the al pastor flag at el Bronco, you’re just living life incorrectly, that’s all. The asada is also fantastic, as I imagine most of their tacos (standard and adventurous fillings alike) are. It’s a menu that, much like Maguey, pretty much demands return visits to use the tacos as a springboard to the rest of their menu, one that includes tortas and other handheld Mexican treats.

The lone fish representative on the list (though they have other varieties), Rockaway Taco pulls off the feat of having battered fish in their tortillas without the final product coming off too heavy or greasy. The rest of the taco is also worth noting — spicy crema, cabbage, radishes, etc. — but their crisping of the tortillas on the brittle puts the final product over the top. All of this said, the lines at Rockaway Taco can get pretty egregious (we waited an hour), so know going in that you have to go at an off hour (read: early) or expect to put in dozens of minutes waiting for your seaside goodness. Also, I’d recommend that, if you’re going to put in the time to wait, try as much as you can — get the fish tacos, but also try their quesadillas, fresh juices, and corn.