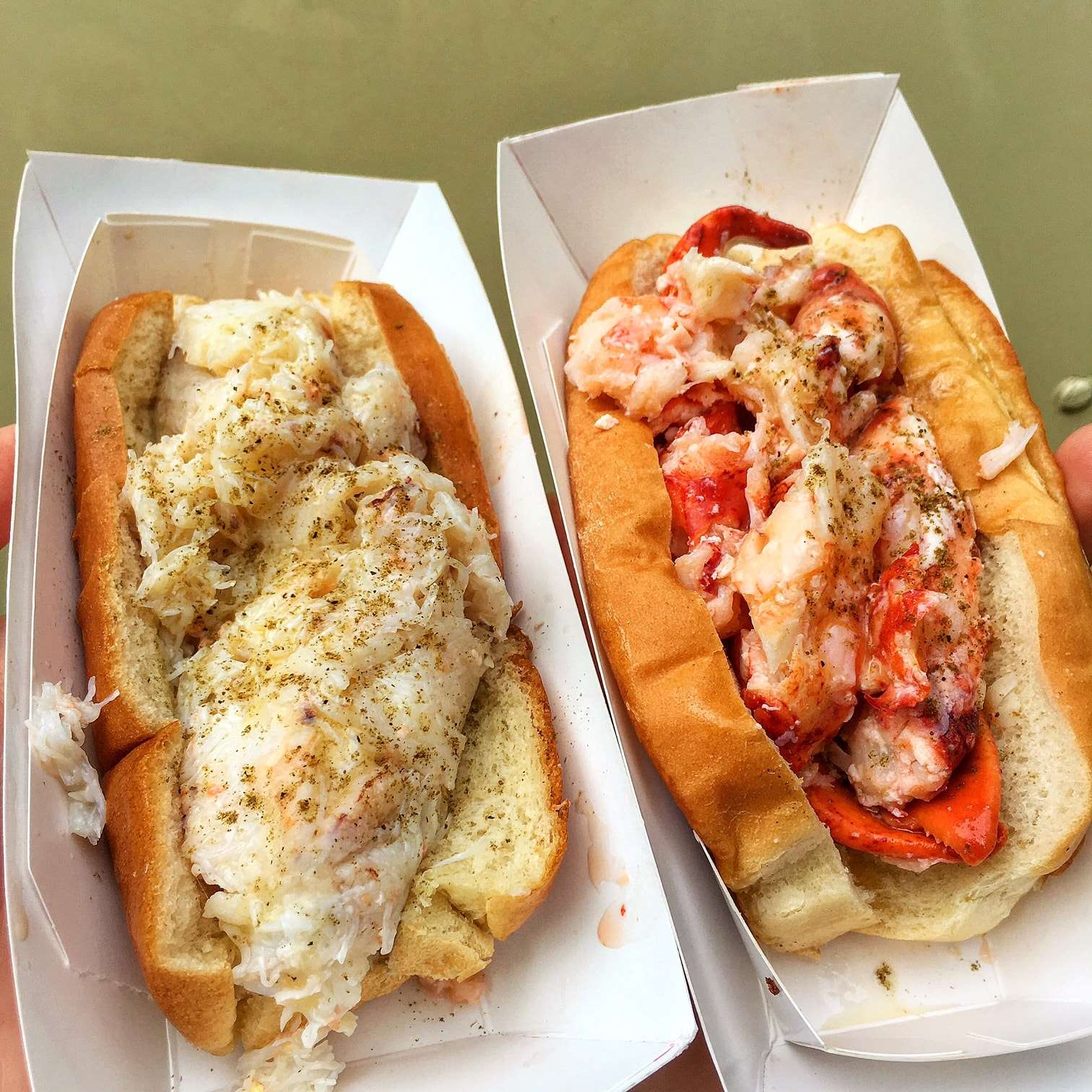 Lobster Rolls may be served year round in New York City and summer vacation areas, but we all know that when beach season hits, all you crave is a bag of salty chips and a hearty lobster roll with a buttery bun. Now where are the best ones that you surely can’t miss? Here’s a list of some of my favorites:

1. Mermaid Oyster Bar  – While you may come here for the $1 oyster happy hours, don’t sink on the lobster roll. The Greenwich Village location is a bit different than the East Village, and I’ll tell you that it could possibly  be the best one in the city. There is nothing more rewarding that a waitress laying down your prey right in front of you with a heaping portion of lobster and the most satisfying taste at each bite. This roll is cold and probably medium on the mayo.

2. Luke’s Lobster– Everyone knows Luke’s and at this point it’s carefully placed all around the city so you don’t have to search near and far for the most affordable and quality lobster roll at $17 a pop. It’s more of a fast casual environment so it’s ideal for lunch or a quick dinner pick up.

3. Lobster Joint – Lobster Joint is a step up from Luke’s Lobster in dining fashion but it’s extremely similar in mayo to roll ratio so if you are like me and don’t want mayo with your lobster but lobster with mayo, you’ll like this. Plus they have a full bar so you can make a night out of it instead of just pick up.

4. Catch – Looking for an array of seafood but still want that lobster roll? Catch has mini lobster rolls that are shareable for the table so you can get this as an appetizer and still get your sushi and whole fish.

5. Mary’s Fish Camp– For the mayo lover, this is for you. Doused in mayo with an amazing nautical vibe in the West Village. Don’t forget that sundae! 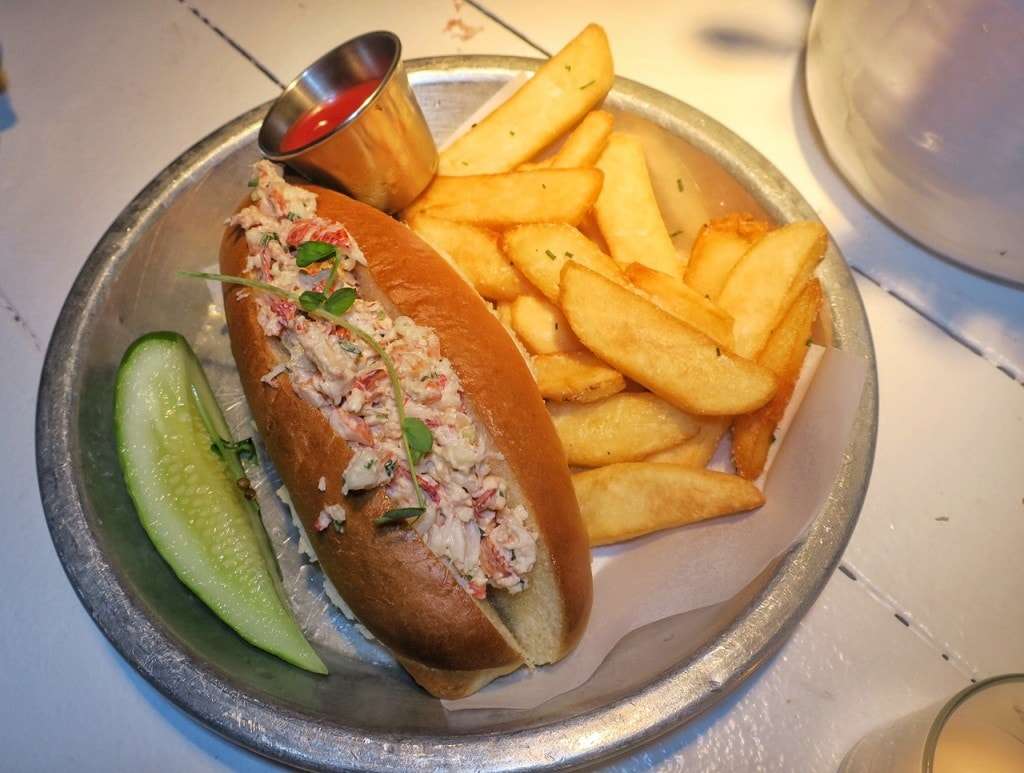 6. Surf Lodge (Montauk)– If you are headed out to the Hamptons and looking for a place to jam to live music on the water and enjoy some grub, I recommend Surf Lodge. While most people go here to drink, meet other single people, and listen to their live concerts like Saint Motel and Milky Chance, I actually like the lobster roll as it’s cut up into smaller pieces rather than large chunks.

7. Union Fare– Every heard of an “Everything Croissant?” What about an Everything Lobster Roll croissant? That’s right, at Union Fare, they stuff fresh lobster meat in a butter croissant. It’s Maine meets the “everything” New York spice, meets Paris!

8. Lobster Press- While the traditional lobster roll seems to be on a hot dog bun with cold lobster meat in mayo or hot butter, Chef Marc Forgione has created a Lobster Press which pays a nod to his famous Chili Lobster dish at Restaurant Marc Forgione. This sandwich is on buttered ciabatta bread stuffed with a whole lobster of claw, tail, knuckle, doused in garlic butter and presented to you in two halves where you are then instructed to dunk it into the unbelievable, red, chili lobster sauce. You can even order this on UBER EATS– make sure you use the discount code “CHEKMARKEATS” for $10 off your first order. 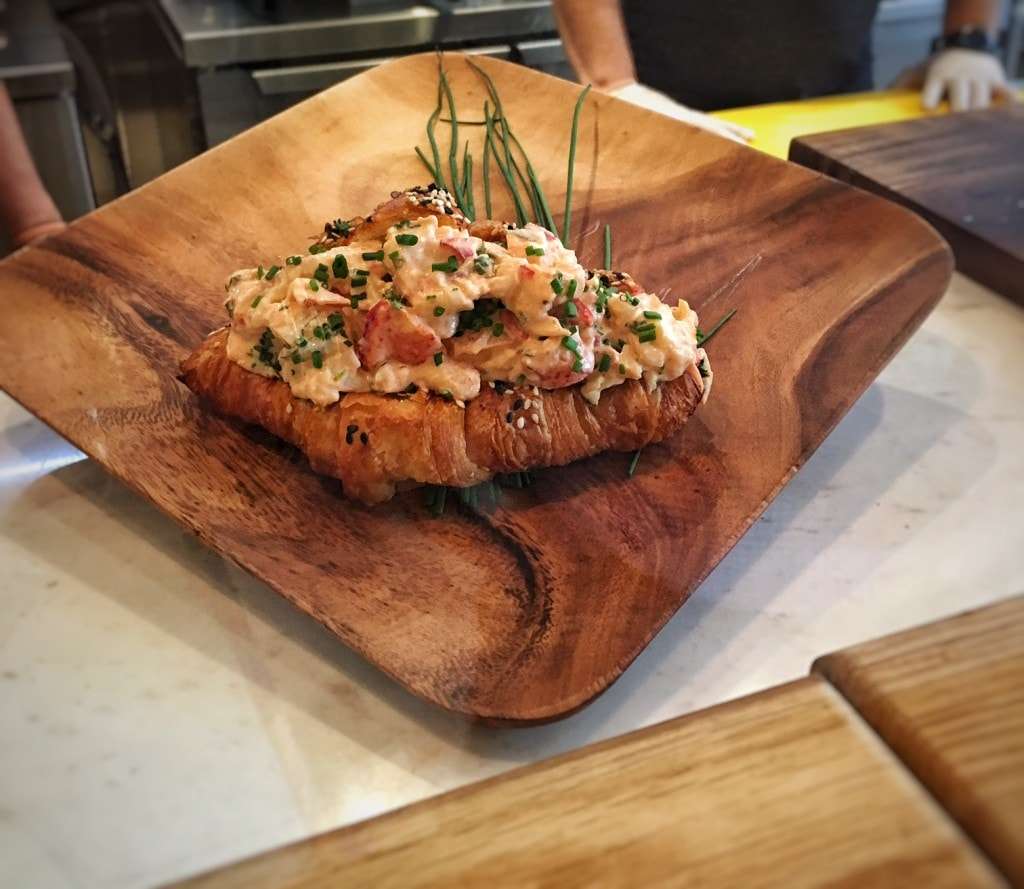