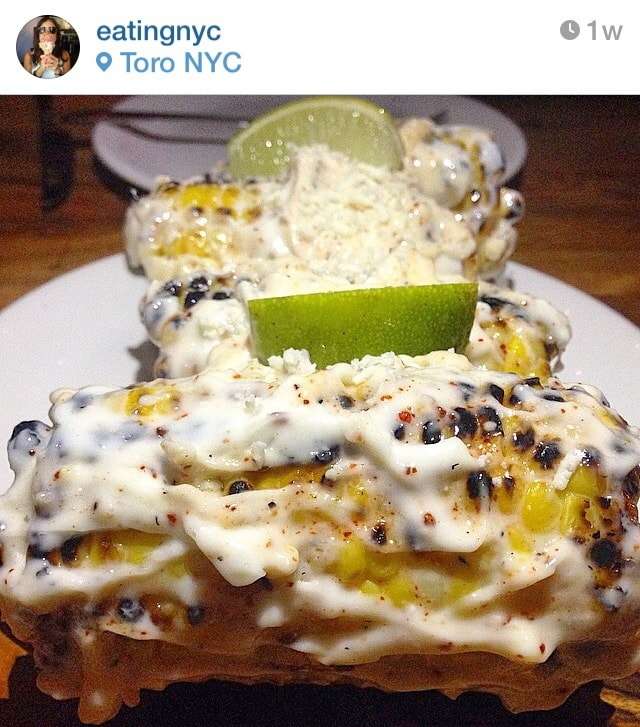 Corn may be known as a summer season staple, but in my book, corn is delicious year round and there are plenty of restaurants that still serve it. I looked to my friend @EatingNYC who leads the NYC food scene on Instagram to list her favorite corn dishes below:

1. Toro: Toro’s Maiz Asado con Alioli y Queso Cotilja is quite possibly the most insta-famous and exclusive plates of corn in the city, and for good reason. If you’re lucky enough to snag a reservation at Toro, you probably know from at least three people that you must order the corn. Yes, the corn is grilled to perfection but the magic here lies within the mounds of aioli smeared all over it. It’s messy, it’s full of stuff that’s bad for you, but it tastes so freaking good. Warning: the sauce will be on your face and the kernels will get stuck in your teeth. So apart from a potentially awkward date situation, there’s nothing to complain about here.

2. Miss Lily’s: If you haven’t tried Miss Lily’s Jerk Grilled Corn, you’ve been doing it all wrong. I was doing it wrong too, until I tried it a few weeks ago. You might think the combination of toasted coconut on grilled corn would be too sweet, but the addition of jerk mayo adds the perfect kick, rendering a beautiful balance of sweet and smoky flavor. Above all though, I love the vibe at Miss Lily’s. Think Shaggy meets bougie-hipster meets authentic Caribbean food. While you’re at it, do yourselves a favor and order the Mac & Cheese Pie too—you won’t be disappointed.

3.Cafe Habana: Anyone who’s familiar with downtown NYC knows that Café Habana has held its claim to fame as one of the most timelessly trendy spots for cheap and delicious Mexican food. Of all the things Café Habana is known for (The Cuban Sandwich, Huevos Rancheros and even the Sweet Plantains), the Grilled Corn remains at the very top of that list. Unlike their competitive counterparts, Café Habana’s corn is not prepared with excessive amounts of mayo/aioli sauce, and that’s probably what makes it stand out. There’s something about the grilled texture of the corn, the cheese, the squeeze of lime, and whatever blend of crack is sprinkled on this cob that makes it so good. Simply put, when it comes to go-to’s, this is the place to be.

4. Gordo’s Cantina: You’ve probably never heard of Gordo’s unless you live in Hell’s Kitchen or spend your free time frequenting Broadway Shows, in which case you probably wouldn’t be reading this right now. Gordo’s Cantina is a pop-up restaurant in Bar Nine, and in my opinion serves some of the best Mexican food in NYC. Aside from all their affordable and authentic dishes like the Taco Gobernador (cheesy shrimp tacos) and the Short Rib Tostadas, Gordo’s also makes an incredibly good version of Street Corn. The corn is served on a skewer, and is perfectly grilled and seasoned without overdoing the accouterments. Nevertheless, there’s enough chili powder and homemade sour cream on there to keep you wanting more. 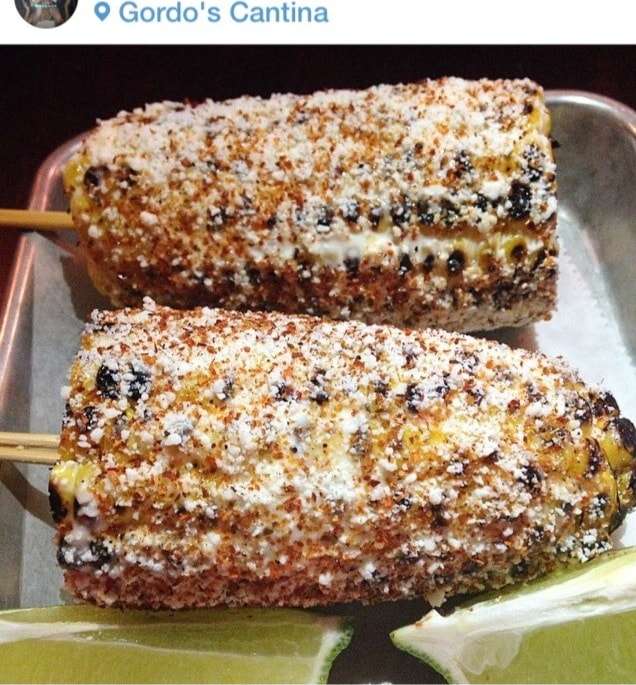