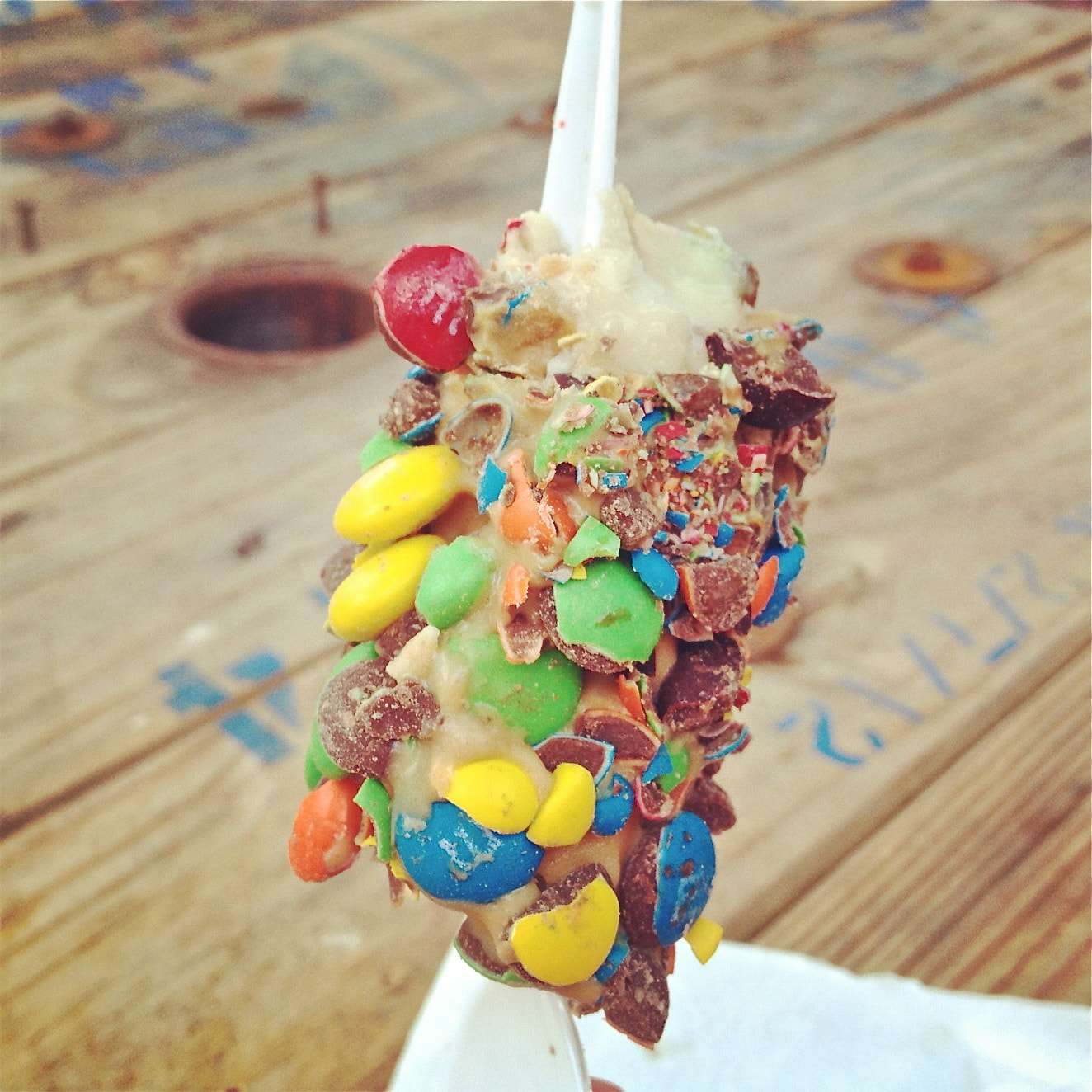 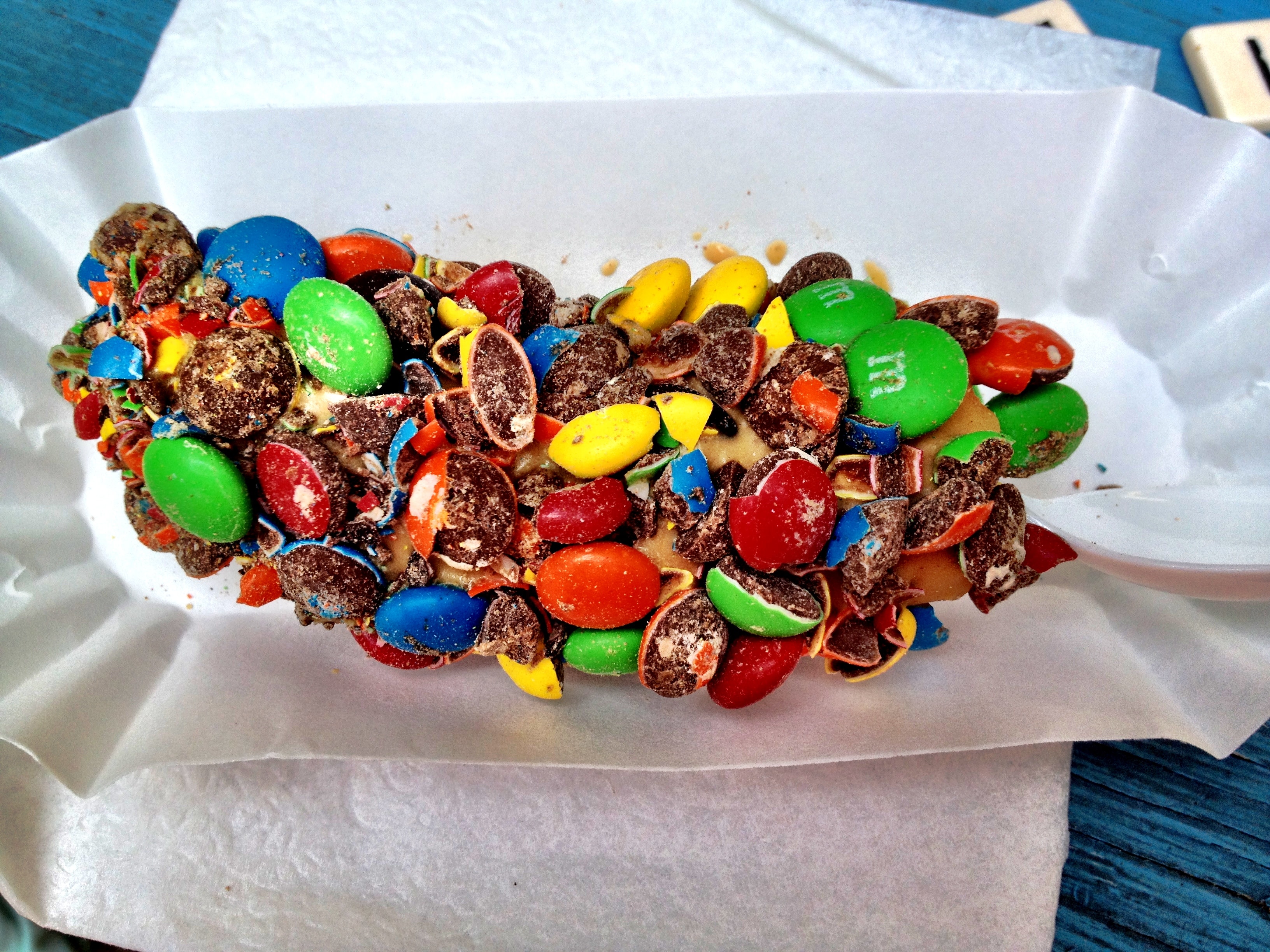 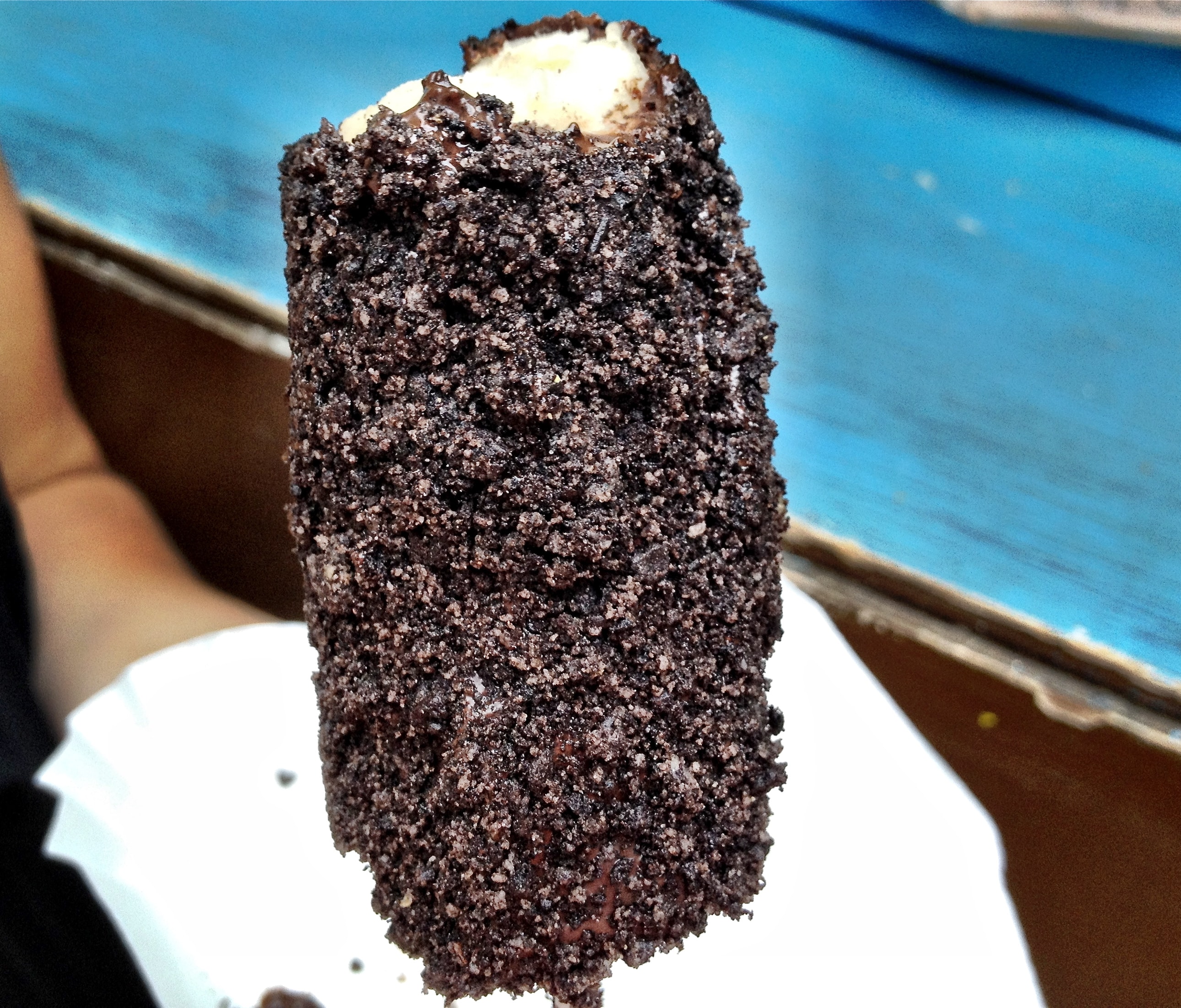 Austin’s trailer park food scene has blown up over the last three years. Beginning with the infamous Hey Cupcake! truck followed by the more creative Mighty Cone! on South Congress which serves up hot and crunchy fried chicken, fried avocado and fried shrimp cones, the creativity and popularity continues to expand throughout the city. With a recent vist back to the ATX, I couldn’t get over the fact that these “trailor parks” are dominating this well-developed town serving some fantastic and over-the-top treats. It’s laughable to see them all parked on the side of the civilized streets and this adds to Austin’s popular phrase “Keep Austin Weird.”

Now the Bananarchy trailor is an interactive Build-Your-Own experience. First you pick your size: a Halfsie or a Whole (remember, no one is judging here). Next, you pick your melted dip: Chocolate, Peanut Butter or Vanilla, and then you can go crazy over the candy toppings which include: Oreos, M&M’s, Reese’s Pieces, Graham Crackers, Toffee, Cookies, etc. The frozen bananas come wrapped around a plastic spoon and are about $3 – $5. The Oreo’s definitely make for a better topping because they are a thinner layer allowing you to be able to taste more of the banana and chocolate coating. The chopped M&M’s were also a good choice but a bit overbearing because they were so thick that I couldn’t taste the frozen banana all that well. For those who need a little guidance, you can choose from the already crafted menu items which are named and well-suited for the city such as: The Hippy Dippy – Granola, Craisins and Cinnamon with your Choice of Dip or The Milly Vanilly – Vanilla base with a decadent chocolate half-tip on top and your choice of topping.

Bananarchy is a fun afternoon adventure. Just bring your sweet tooth, open wide, and the rest is easy. 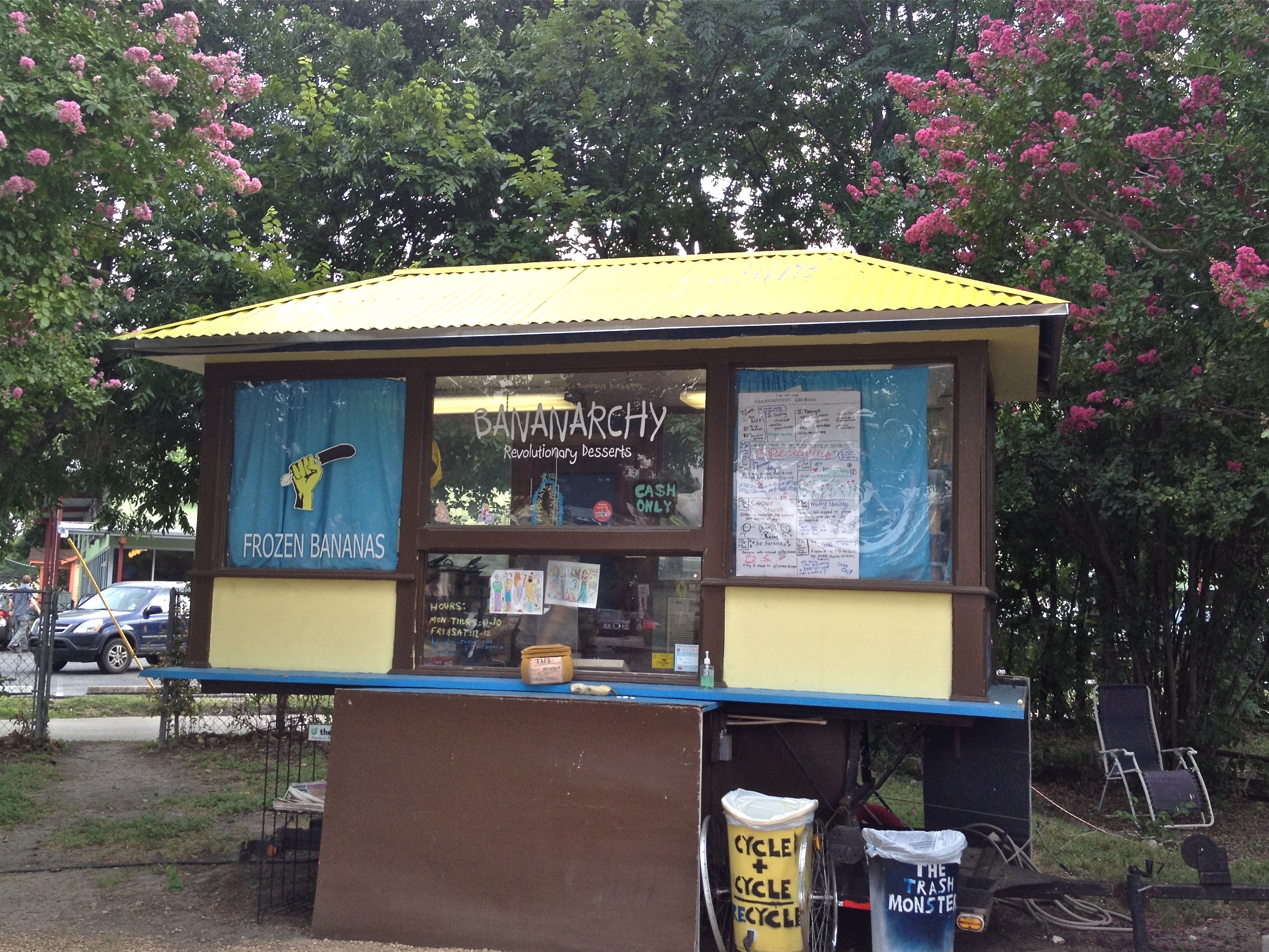